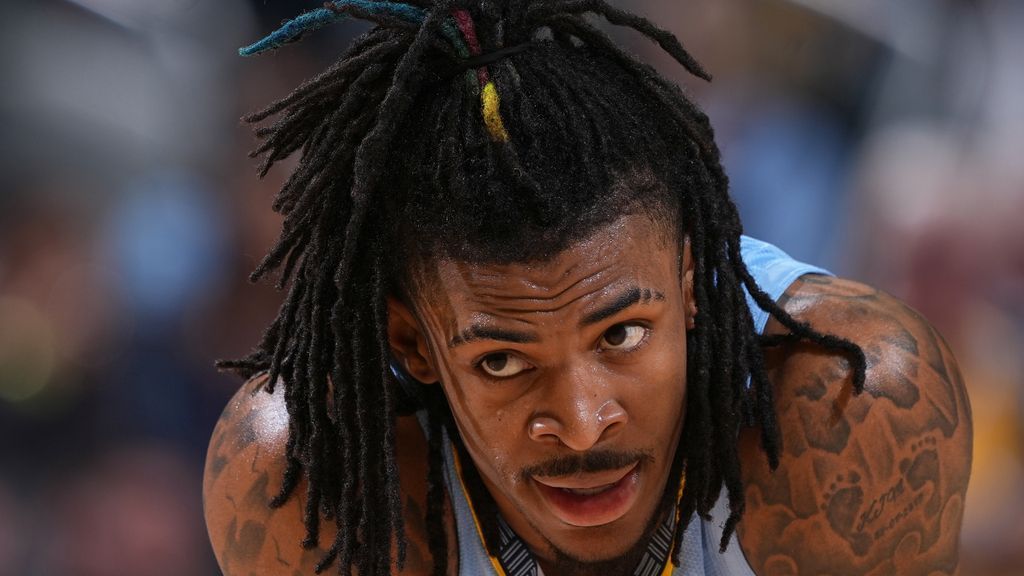 “He’s got further evaluation going on,” Jenkins said on Sunday. “But from what I have been told, there is probably a really good chance he doesn’t play tomorrow.”

The Grizzlies did not immediately detail the exact nature of Morant’s knee injury. But the Grizzlies believe it was caused by a play in which Jordan Poole grabbed Morant’s knee while going for a basketball on a trap near half court in the fourth quarter of Game 3.

The NBA will not take any disciplinary action on Poole, a source told ESPN. Jenkins said Memphis executive vice president of basketball operations/general manager Zach Kleiman had been in touch with the league concerning the play.

“Just trying to be matter-of-fact here,” Jenkins said when asked about what he thought about the play after further review. “This is what Ja says, this is what our medical team has said after reviewing the play. Ja was playing great, feeling great all game, and the grab of the knee is what triggered the potential injury and why we took Ja out of the game.

“Nothing has changed from there in terms of that was the play that triggered this.”

Morant left Chase Center on Saturday night without talking to reporters. But he initially tweeted “broke the code,” with video of Poole grabbing Morant’s knee on the fourth-quarter play, before later deleting the tweet.

Morant could be seen walking with a limp toward the team bus following Memphis’ 142-112 loss.

Poole said he was not trying to intentionally hurt Morant. He and Andrew Wiggins trapped Morant near half court before Wiggins was called for a foul with 6:55 left in the game. Morant subbed out with 6:19 left and the Warriors up by 17 before walking back to the locker room with a limp.

“It was a basketball play when we doubled him,” Poole said on Saturday. “And I hit the ball, and I was going for the ball. I mean, obviously, you don’t want to see anybody get hurt. I’m not even that type of player. I respect everybody.”

The Grizzlies went 20-5 this season without Morant, who missed nine straight games in March and April because of right knee soreness during the regular season.

Jones added that while he thought the play in question involving Poole was “an interesting play,” he said he did not think anyone was trying to hurt anyone on the floor.

“I don’t think Poole or anybody in this series for that matter is necessarily a dirty player,” Jones said. “But it was just an interesting play. That is all I can really say on that. It was not a normal play that normally happens but I don’t think he was trying to injure 12 by any means.”

The Grizzlies will have Dillon Brooks back for Game 4 after the wing served a one-game suspension in Game 3 for his flagrant foul 2 in the opening minutes of Game 2 that resulted in Gary Payton II suffering a fractured elbow. An irate Steve Kerr said Brooks “broke the code” for that flagrant foul, in which he hit Payton in the head while the Warriors point guard was in the air going up for a transition layup.

Now the Grizzlies, down 2-1, could be without their star point guard in Game 4.

“When he was on the court, you saw how dominant he was and how much we relied on him,” power forward Xavier Tillman said. “So when he’s not on the court, he’s now to show him like, ‘we got you.’ Obviously it’s an unfortunate situation to happen, but now we got your back, we are going to hold it down until you are ready to go.”