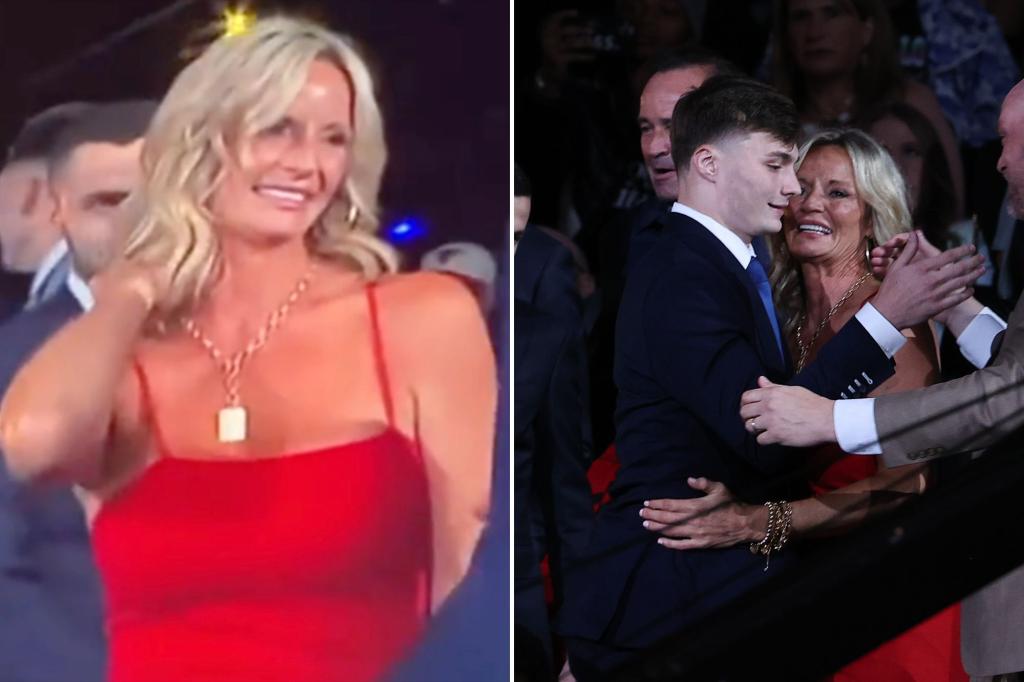 Christian Braun was selected 21st overall by the Denver Nuggets in the 2022 NBA Draft on Thursday night, but it was his mother, Lisa, who stole the show.

Lisa’s time in the spotlight almost never happened, however, as it was just this week that she and her family decided to attend the NBA Draft at Barclays Center.

“That’s been new, and we had to plan everything last minute,” Lisa said, according to Kansas City’s ABC affiliate, KMBC 9 News. “We knew it was a chance that we would go, but because of the feedback we’ve gotten, they feel it’s important that we be there.”

Lisa was a basketball star at the University of Missouri herself, playing for the Tigers from 1987-1991. While there, she earned All-Big Eight honors three times and was later awarded a spot in the Missouri Sports Hall of Fame. Don, Lisa’s husband, attributes much of Braun’s success to his mother’s illustrious career.

“I think anybody who saw her play back in the day knows that toughness is how he was raised,” Don said, per Kansas’ WIBW 13. “I don’t think anybody who plays for [Kansas coach] Bill Self is not on the floor unless they’re tough.”

Lisa knows the draft is just the beginning for her son.

“I’m ecstatic at the fact that he continues to grow and improve,” Lisa said. “This is what you always want for your kid or any athlete, and I think that the team as a whole have done that. I think that he has done his job and his diligence to make a difference in the team and to improve at his skill level.”

Braun averaged 14.1 points, 6.5 rebounds, and 2.8 assists per game in his junior season, all of which were career-highs. His elite rebounding and defensive prowess helped propel the Jayhawks to a win in the national championship.