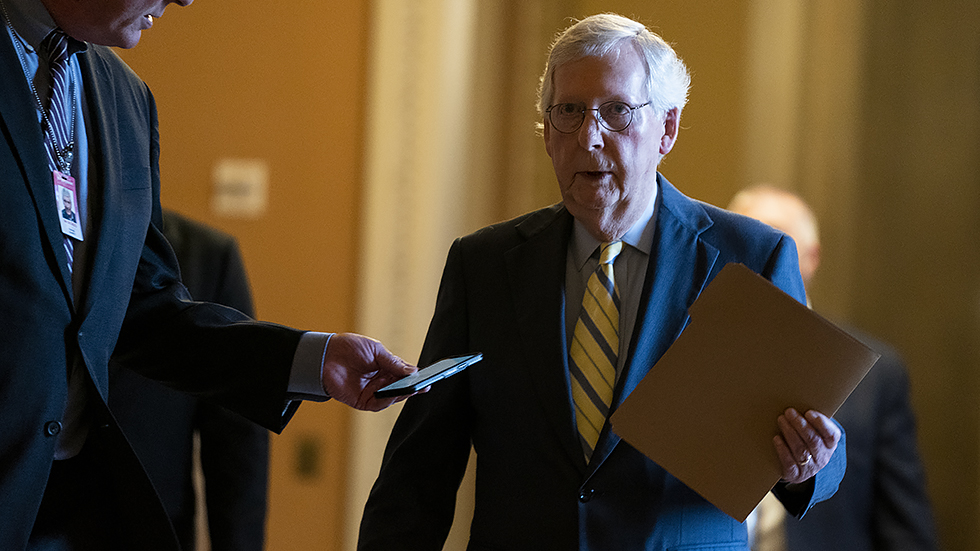 “If the leaked opinion became the final opinion, legislative bodies — not only at the state level but at the federal level — certainly could legislate in that area,” McConnell told USA Today when asked if a national abortion ban is “worthy of debate. ”

“And if this were the final decision, that was the point that it should be resolved one way or another in the legislative process. So yeah, it’s possible,” he concluded.

His comment comes after Politico published a draft majority opinion penned by conservative Justice Samuel Alito indicating that the 1973 landmark decision Roe v. Wade would be overturned. The decision deemed a woman’s right to abortion was constitutional.

The minority leader has appeared cautious discussing whether Republicans would pass legislation to ban abortion, should they win the Senate in the 2022 midterms.

Many of McConnell’s GOP colleagues have slammed the unprecedented leak itself, and called for consequences to be handed down to the culprit.

“With regard to the abortion issue, I think it’s pretty clear where Senate Republicans stand,” McConnell said. “And if and when the court makes a final decision, I expect everybody will be more definitive. But I don’t think it’s much secret where senator Republicans stand on that issue.”

Following Politico’s report, Democrats expressed outrage at the potential for Roe v. Wade to be overturned.

“The Republican-appointed Justices’ reported votes to overturn Roe v. Wade would go down as an abomination, one of the worst and most damaging decisions in modern history,” the two said in a statement.

Schumer said later this week that he would force a vote next week to codify Roe v. Wade. The vote is almost guaranteed to fall short because the measure doesn’t have the 60 votes needed to advance. However, Democrats are eager to get Republicans’ votes on the record ahead of the 2022 midterms.

“A vote on this legislation is not an abstract exercise. This is as urgent and real as it gets. We’ll vote to protect a women’s right to choose,” Schumer said.

“Mitch McConnell confirmed what voters have long known: Republicans will use every tool they can, from the courts to Congress, to make abortion illegal everywhere and strip away a woman’s right to make our own decisions. For voters, the stakes of protecting and expanding our Democratic Senate majority in 2022 have never been higher.”