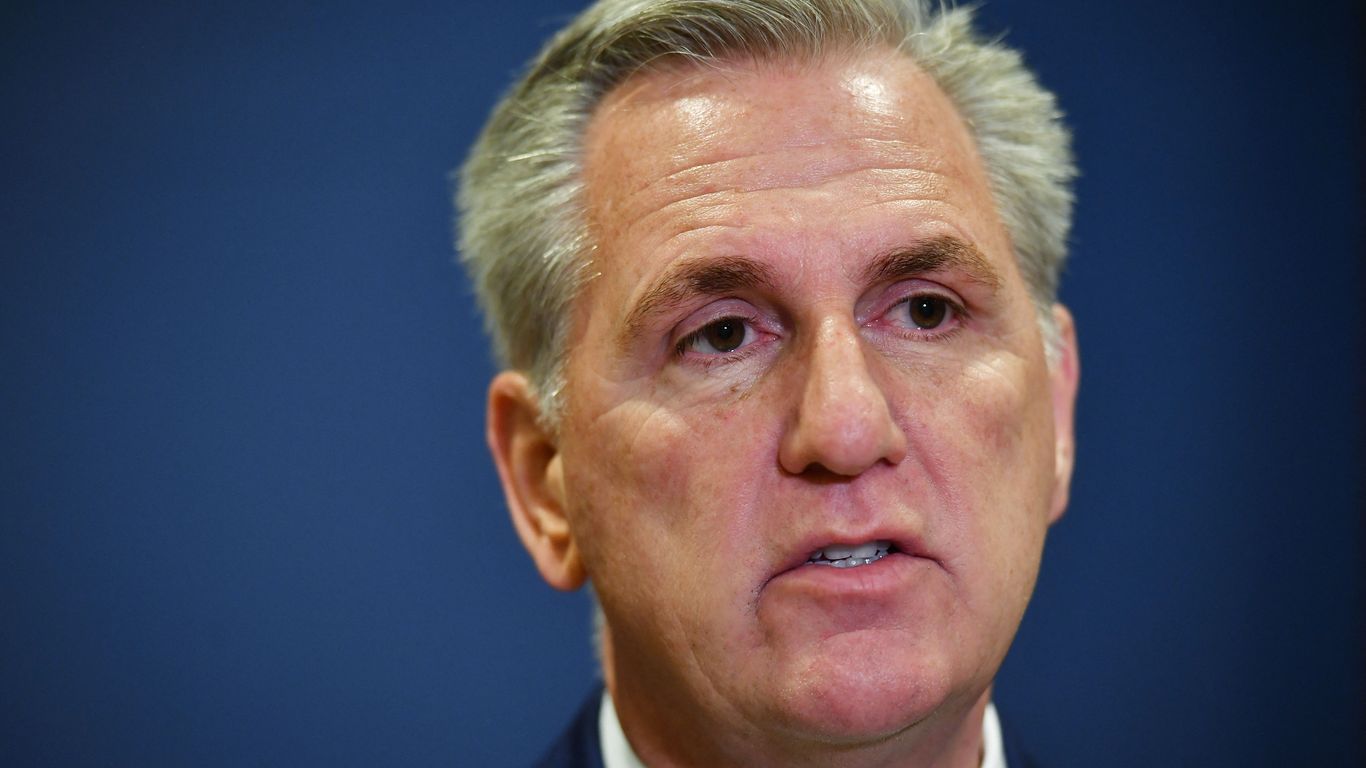 House Minority Leader Kevin McCarthy (R-Calif.) has been at the center of controversy on Capitol Hill after the New York Times released audio of a phone call made in the days after the Jan. 6 attack where McCarthy can be heard disparaging former President Trump and blasting several of his conference members for dangerous rhetoric.

The big picture: McCarthy, one of Trump’s staunchest allies, is on the verge of becoming House speaker after November’s midterms. But his path to success relies on stalwart conservative support: Defections from too many GOP members could scuttle his chances. Here’s what’s happened so far in the aftermath of the tapes:

April 21: Two New York Times reporters publish an excerpt of their book, “This Will Not Pass,” that details a call on Jan. 10, 2021, between McCarthy and other top Republicans in which McCarthy said he planned to urge Trump to resign over the Jan. 6 riot. The Republican leader denies the account, calling it “totally false and wrong.”

McCarthy: “Liz, are you on the phone?”

Cheney: “Yeah, I’m, here. Thanks, Kevin. … Are you hearing that he might resign? Is there any reason to think that might happen?”

McCarthy: “I’ve had a few discussions. My gut tells me no. I’m seriously thinking of having that conversation with him tonight. I haven’t talked to him in a couple days. From what I know of him — I mean, you guys all know him, too. Do you think he’d ever back away? But what I think I’m going to do is, I’m going to call him.” …

Key answer: McCarthy speaks with Trump in a phone call about the tape. Trump does not appear upset about the audio and is thankful that McCarthy did not actually urge him to step down.

April 26: The New York Times releases audio of another phone call from Jan. 10, 2021, in which McCarthy expresses fear that comments made by far-right Congress members were “putting people in jeopardy.” He voices support for some of his members losing access to Twitter.

“Tension is too high, the country is too crazy, I don’t want to look back and think we caused something or we missed something and someone got hurt.”

—McCarthy in the second audio released.

Key answer: House Republicans close ranks around McCarthy, though Rep. Matt Gaetz (R-Fla.) blasts the leader over both tapes while others, including Rep. Marjorie Taylor Greene (R-Ga.), publicly waver in their loyalty to him.

What to watch: The two New York Times reporters who released the audio have said they “have a lot more on tape from this period.”