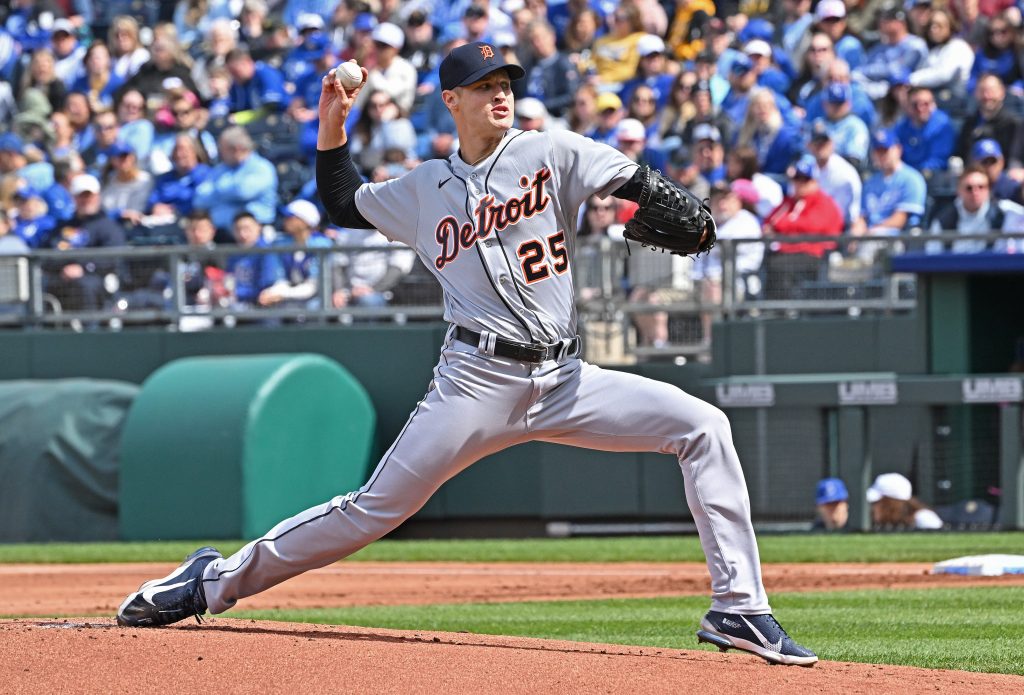 12:54pm: Tigers fans can breathe a sigh of relief, it seems. General manager Al Avila tells reporters that Manning was lifted not because of an arm or shoulder injury but because he’d become increasingly light-headed and was not feeling well (Twitter link via Evan Petzold of the Detroit Free Press). It’s not yet clear whether Manning will require an additional rehab appearance due to the fact that today’s was cut short.

11:46am: Tigers righty Matt Manning exited his minor league rehab assignment in the third inning with an apparent injury, tweet Jason Beck of MLB.com. The 24-year-old landed on the injured list due to shoulder inflammation back on April 20 and was making his third start of his minor league rehab stint. Manning, who’d already walked three through his first 2 1/3 frames, plunked Pirates shortstop Kevin Newman before a visit from the trainer that ended with his departure from the game.

There’s no formal word from the Tigers just yet, but further injury for Manning will only add to what’s been a snakebitten rotation in Detroit this year. The Tigers currently have Manning, Casey Mize, Tyler Alexander, Michael Pineda and Spencer Turnbull on the injured list. Turnbull was expected to miss the bulk of the 2022 season after undergoing Tommy John surgery last summer, but the other four are dealing with 2022 injuries — and they could soon be joined by free-agent signee Eduardo Rodríguez, who left yesterday’s start against the Rays in the first inning due to an injury to his left side. Manager AJ Hinch said yesterday that Rodriguez would likely require a trip to the injured list.

Manning was the ninth overall pick in the 2016 draft and, for years, has been viewed as a potential building block on the Tigers’ pitching staff. He was hit hard through 85 1/3 innings during his MLB debut last year, although the majority of his outings were solid in nature. Manning was blown up for six or more runs in four of his 18 starts en route to a 5.80 ERA, but he finished the year with a more palatable 4.43 ERA in his final five outings. He pitched to a 2.25 ERA with four strikeouts, no walks and a 52% grounder rate in eight innings this season but left his second start after two innings due to shoulder discomfort.

The Detroit rotation is in shambles at the moment, though lefty Tarik Skubal appears to be in the midst of a bona fide breakout. He’s being followed by former first-rounder Alex Faedo and rookie Beautiful Brieske, and it’s not clear just where the Tigers will turn beyond that trio. long reliever Rony Garcia impressed in relief of Rodriguez yesterday, and the Tigers also have veteran Wily Peralta in a long relief role at the moment. Peralta was a valuable pickup for them last year, making 18 starts and pitching to a 3.07 ERA — albeit with shaker underlying numbers. Down in Triple-A, veteran Chase Anderson has pitched fairly well on a minor league deal, as have 24-year-old hurlers Joey Wentz and Elvin Rodriguez — both of whom are on the 40-man roster.