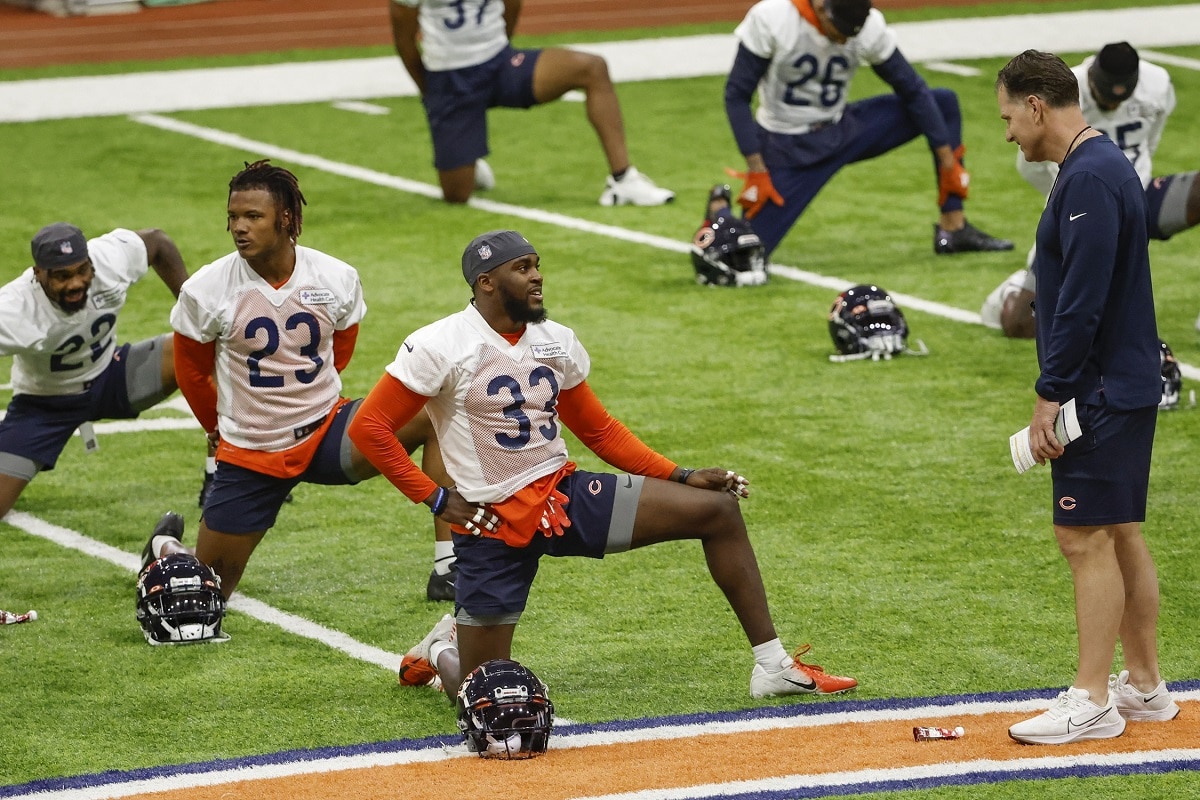 Matt Eberflus proves that coaches don’t need to be firebreathers to successfully send a message to their team. Since taking over the Chicago Bears, the 51-year-old has made one thing consistently clear. The standard is the standard. Every single player on the roster will be judged the same way. Expectations for all of them are high. If they aren’t willing to put in the time and effort to get better, then they aren’t likely to stick around much longer.

Nothing illustrated how serious he is about this than his final monologue at the end of mandatory minicamps. Before fielding questions, Eberflus broke down what he saw from practice and how he’s encouraged by the progress being made. However, the praise ended with a clear message to the players. They better not spend the next month and a half slacking off. They will not be getting a warm reception when training camp begins if they arrive out of shape.

Eberflus hasn’t dodged this stance from the moment he took over. In his opening press conference, he said that players better be ready to run. He intends to have a fast, well-conditioned football team. Some guys may not like that sort of approach. He can understand why. It’s hard. The demand for energy and intensity is high. Too high for some. He is prepared for certain guys not being able to handle it.

This is unquestionably by design. Championship teams aren’t occupied by players that are mentally and physically weak. They must be able to handle pushing their limits. That is the only way they become great. Lovie Smith understood that. He employed a similar philosophy during his time with the team from 2004 to 2012. Eberflus knows one thing. If guys buy into this approach, good things will happen.

The best-conditioned teams are often the ones that win games. The ones still flying around the field late in the 4th quarter close things out compared to those that are fighting for breath or seem sluggish. All of the great coaches in history understood this. Hall of Fame head coach Jimmy Johnson once made a great speech on the subject to players at the University of Miami.

Matt Eberflus has no intention of letting his team be cowards. He is going to make sure that practices are absolute hell. That way, when games come around on Sundays, they will be easy by comparison. Games will be the reward. That is the entire idea. When players start treating games as a reward for what they went through during the week, winning tends to follow.

The Bears won’t get there immediately.

No amount of great conditioning can overcome a simple lack of talent. This team has several areas to shore up before they’re ready. Still, Eberflus wants everybody to understand the standard from the beginning so that the culture will be established when talent starts accumulating. A well-conditioned team of regular players might win 6-7 games. A well-conditioned team of good-to-great players wins championships.