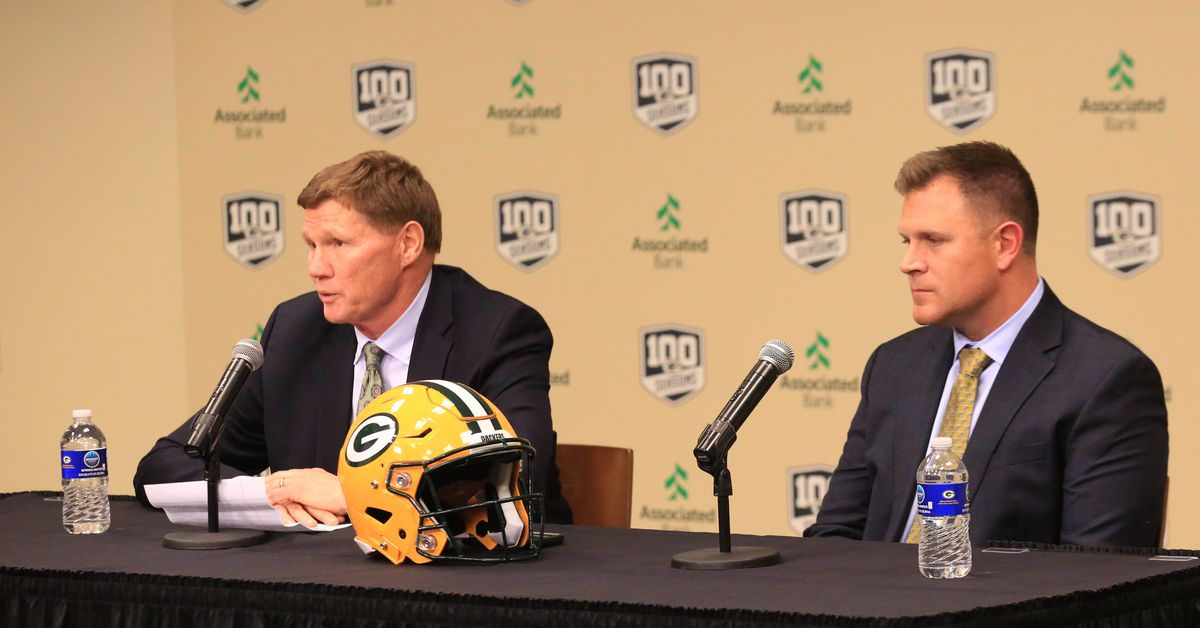 Green Bay Packers team president Mark Murphy was a guest on the Packers’ virtual draft party on Wednesday and touched on some interesting aspects of tomorrow’s NFL draft. After admitting that the Packers sometimes have fifth-round grades on players other teams take as early as the first round, Murphy stated that “it would be a shock” if general manager Brian Gutekunst doesn’t move around in the first round.

The Packers hold the 22nd and 28th overall picks in the draft, with the former coming from their trade with the Las Vegas Raiders that sent receiver Davante Adams to the desert. Murphy added, “I doubt we will trade out of the first round for both of our picks this year. Although, as you said, it’s very deep in the middle rounds.”

In the four years that Gutekunst has been general manager, the Packers have traded up for “their guy” five times, all in the top-100, and traded back just once, when the New Orleans Saints offered them an extra first-round pick to move down the draft in 2018.

Murphy also echoed Gutekunst’s statement about how Day 3 and undrafted free agency is deeper in this class because the NCAA allowed for an extra year of eligibility for any player who participated in the 2020 season. On Monday, Gutekunst said that the sixth-year seniors “pushed the depth up” but that age is a factor in the evaluations. Murphy stated, “There’s more draftable players than we have ever seen because of [the Covid year.]”

It will be interesting to see if the depth of the draft will lead the Packers to package a couple of their top-100 selections to move up in the first round, as they did for Jaire Alexander, Darnell Savage and Jordan Love. The obvious position to underline and circle is wide receiver, where the team lost two contributors this offseason, between the trade of Adams and the loss of Marquez Valdes-Scantling in free agency to the Kansas City Chiefs.

One player who comes to mind is Ohio State’s Chris Olave, who is creeping up mock drafts every day. Olave is expected to be the fourth receiver drafted in this class, after Alabama’s Jameson Williams, Ohio State’s Garrett Wilson and USC’s Drake London, and just recently stated that he has had many conversations with the Green Bay Packers this offseason, but not the Kansas City Chiefs, who owns the 29th and 30th picks in the draft.