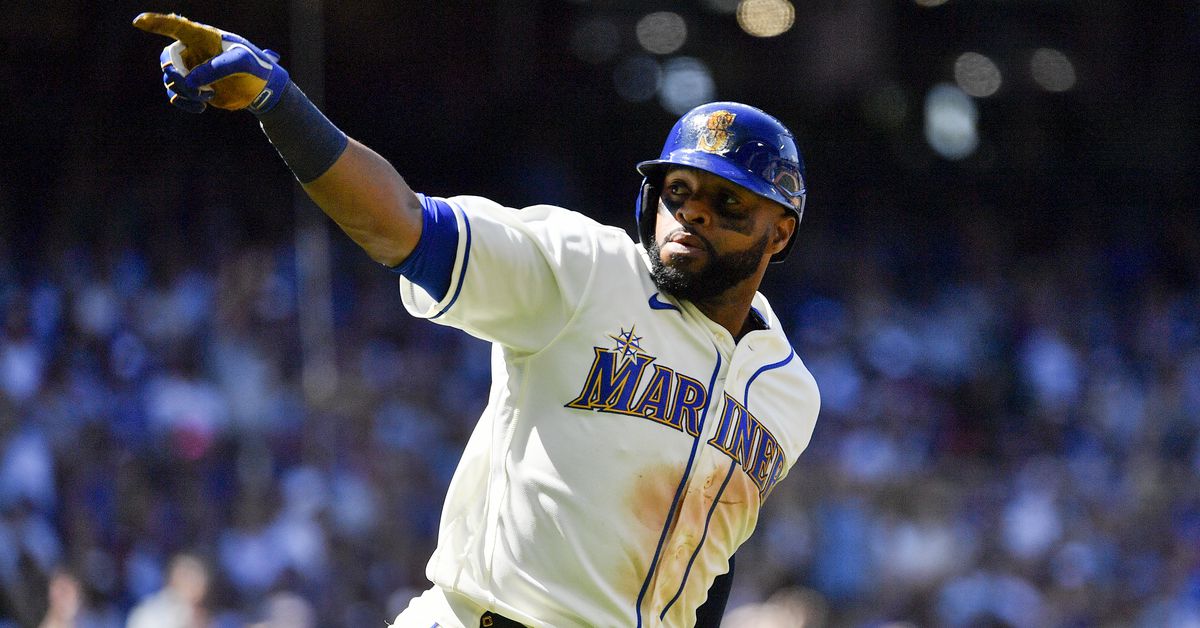 A little ways back in the queue of my unpublished drafts for Lookout Landing sits a listicle that is all but ready to go out. “10 Ways to Cope with Being a Mariners Fan” is a click-baity title with some pretty decent strategies for getting through what the Mariners put us through year in and year out (gotta put what I learn in therapy to good use somewhere, right ?). The only problem is “10 Ways…” was set to go out while hosting the A’s at home and following the three straight series losses to the Red Sox, Twins, and Angels. I expected, from our trajectory, that the Mariners would lose at least one of those three games and send M’s fandom into complete chaosball.

But that loss never came.

Since the end of the Angels series on June 19th, the Mariners are 16-3 and have won their last 6 series, which includes a sweep completed this afternoon in a 6-5 win.

In the previous three days of this Blue Jays series, the team from The North™ failed to score in the first inning. Today was not one of those days and George Springer made damn sure of it.

Before I even had the chance to turn on my tv, my phone pinged with a notification from my MLB app telling me George Springer had homered in the top of the 1st. It failed to mention he homered off of the first pitch of the game.

At the time it felt like that could’ve been the deciding run in the game. Wouldn’t it just be a #JustMarinersThings type of situation where they lost 1-0 off of the first pitch in a sweep-deciding game?

Thankfully, that was not the headline for today’s recap. Instead, I got to use a play on words that I’ve been sitting on since the day LL hired me.

The Mariners half of the first inning didn’t exactly smell of optimism and in fact, it kind of just smelled. Julio, Ty, and JP did this fun thing where they all found their own unique way of getting out (flyout, pop out, groundout), getting sat down 1-2-3.

The Blue Jays lead, like hair spray keeping my frizz down in the summer, wouldn’t last for long.

The last time Carlos Santana came up to bat he belted a go-ahead homer to give the Mariners the final lead during Saturday’s 2-1 win. Turns out he wasn’t completely finished with sending some baseballs off to summer camp in the outfield (and he sent it in a hurry, apparently Dad needed some “me” time).

But, because all nice things eventually come to an end, the Blue Jays would fly back in the 4th inning to take the lead after former Colorado Rockie (Rockies?) Raimel Tapia sent a Logan Gilbert fastball the opposite way and over the left field wall .

Side note: if you think about it, all home runs are opposite field home runs because they’re sent to the opposite part of the field from where the pitcher was sending the ball.

Tapia’s scoring prowess was parroted in the next inning when Bo Bichette did what Bo Bichette does and he hit the ball. Without getting out. And while scoring two runs. Annoying, but I get it.

Jump to the bottom half of the 5th inning and the Mariners decided to join in on the scoring fun with an RBI by scoring machine, Sam Haggerty, and that one guy, Julio Rodríguez. The two runs cut the lead to one, with the Mariners narrowly looking from the outside in.

I’m talking about the announcement of the MLB All-Star pitchers and reserves.

After Ty France cam this close to being voted into the first base slot for the American League, after Logan Gilbert had a monster of a first half, winning pitcher of the month in April, and after Julio was being Julio, it seemed almost a given that this trio would be making the squad.

Here’s Angie Mentink’s thoughts on the situation (worth it to read the whole thread):

So yeah my Twitter game can be weak, but I am pissed. I had to learn how to do a thread. I understand that great players are left off of every All Star Team but MLB you jacked this up leaving Ty France off. He leads all AL 1B in batting average, on base percentage, OPS and bWAR

And here is my much more eloquent way of saying the same thing:

No Ty France. No Logan Gilbert.

With all the uproar of Ty France’s snub and Logan Gilbert’s omission, I almost forgot that Julio made it. Made it as a ROOKIE, nonetheless.

Julio mentioned alongside The Kid and ARod? Not bad.

Did Julio just make the AL All-Star team? Yes. Would he have still made it if the league weren’t required to have a representative for each team? Probably, yes. At this point did the Mariners still have a game to win? Yuuuuuuuup.

On a day that saw BD do the unthinkable (hit a single), he also did the thinkable (drove in a run on a sacrifice fly). The RBI tied the game up, getting the Mariners one step closer to getting that sweet, sweet sweep.

This time Lil’ Bo Deep (trademarking that) followed his two-run single earlier in the game with a solo home run that rocketed out to left-center. Jays up by one.

At this point the chance of the Mariners getting a sweep is dwindling again. After Bichette’s home run, the chance of Seattle winning dropped from 54% to 32%. Yikes.

But, have no fear, Carlos Slamtana is here.

CARLOS. SANTANA. DOES. IT. AGAIN.

This time Santana clobbered the baseball on its way to becoming a 2-run home run and giving the M’s a 6-5 lead in the bottom of the 8th.

If we’re not doing walk-offs, 8th inning lead changes are pretty nice, too.

Fortunately for us, we didn’t just have Paul Sewald on the mound for the top of the 9th inning, we had:

Who knows if I’ll ever publish that “10 Ways to Cope with Being a Mariners Fan” listicle. Turns out there’s a pretty effective way for dealing with being a Mariners fan.