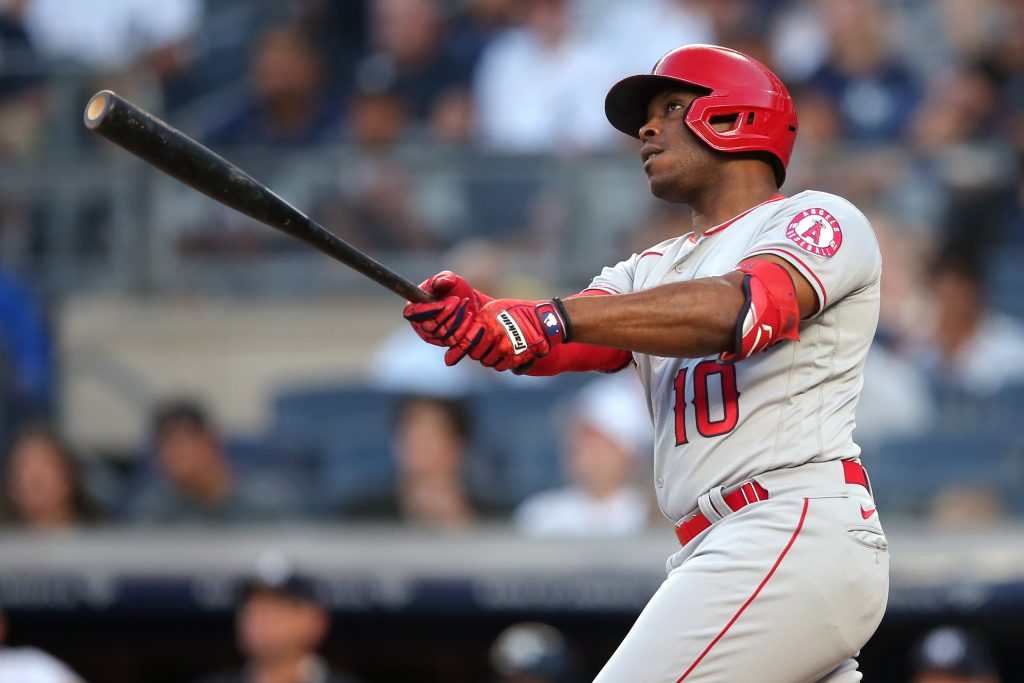 The Mariners have signed outfielder Justin Upton to a one-year, Major League contract. The club has officially announced the move, and in a corresponding transaction designated righty Adrian Sampson for assignment to clear roster space. Upton will report to the Mariners’ extended Spring Training camp in order to ramp up for his eventual debut with the team.

USA Today’s Bob Nightengale reports (Twitter link) was the first to announce the Upton signing, and noted that Upton will earn around $550K on the deal, or the prorated portion of the MLB minimum salary. The M’s will cover the $550K, while the Angels will still owe Upton the remainder of his original $28MM salary for the 2022 season.

The Angels released Upton just before the season began, ending the outfielder’s four-plus year run in Los Angeles. Originally acquired from the Tigers in August 2017, Upton was already under contract through the 2021 season but held an opt-out clause, and agreed to forego that clause when the Halos tacked another year onto his deal. The extension added $17.5MM in new money to Upton’s contract and locked up through the 2022 campaign.

Unfortunately, it was a deal the Angels came to regret, after Upton struggled during the 2019-21 seasons. Due to both injuries and a simple lack of production, Upton has hit .211/.299/.414 with 38 home runs over 784 plate appearances in the last three seasons. Between this lack of hitting and declining glovework in left field, Upton has been almost exactly a replacement-level player, generating only 0.1 fWAR since the start of the 2019 season.

In his prime, of course, Upton was an outstanding player, with a summary that includes four All-Star appearances, 324 career homers, and a .262/.343/.471 slash line over 7592 PA with five different organizations. Selected by the Diamondbacks with the first overall pick of the 2005 draft, Upton is a very familiar face to Mariners GM Jerry Dipoto, who worked in Arizona’s front office during Upton’s time with the club.

For the minimal cost, there isn’t much risk for Dipoto and the Mariners in seeing if Upton still has anything left at age 34. With Mitch Haniger on the injured list until around July, Jarred Kelenic demoted to the minors, and Kyle Lewis still working his way back from injury, the M’s have a need for outfield depth. jesse winker and rookie phenom Julio Rodriguez have two of the spots spoken for, with Adam Frazier, Dylan Mooreand Steven Souza Jr. all recently seeing starts on the grass since Haniger was lost to the IL.

Sampson was only claimed off waivers from the Cubs earlier this week, and now might be moving on from Seattle without a single appearance in either the minors or majors. The swingman’s 2022 resumes thus far consists of a single MLB inning with the Cubs and 19 2/3 innings with Triple-A Iowa. The Washington native did break into the majors with his home state Mariners back in 2016, marking the first of Sampson’s five Major League seasons — the righty has a 5.13 ERA over 189 1/3 innings, with 125 1/3 of those frames coming with the Rangers in 2019.