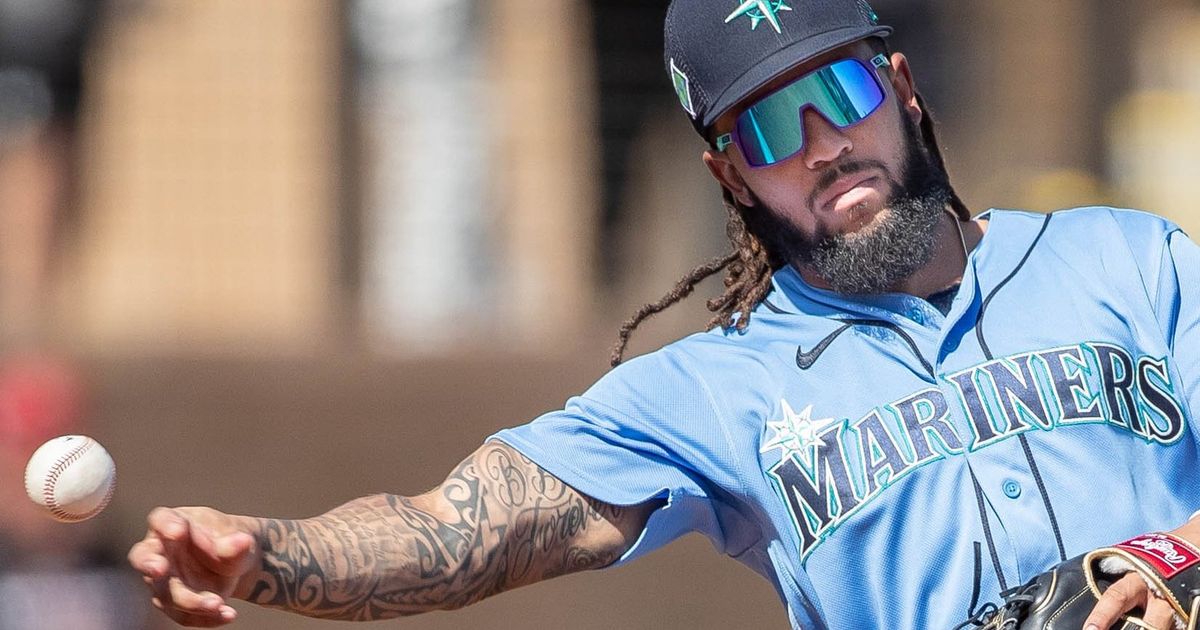 PEORIA, Ariz. — While they won’t officially announce Wednesday morning at the earliest or even wait until before the 10 am deadline on Thursday morning, the Mariners have essentially finalized their 28-man roster for opening day of the Major League Baseball season with the roster moves made before Tuesday’s Cactus League final at Goodyear Ballpark.

Souza is expected to report to Cheney Stadium on Thursday. Hamilton is waiting to see if a team might add him to their 28-man roster as an extra outfielder. If not, he will eventually report to Tacoma

The remaining 28 players will take the team charter to Minneapolis on Wednesday morning. The Mariners opted to not fly after the game and travel on the off day, eschewing a workout at Target Field that had a good chance of being canceled due to weather.

As of Tuesday afternoon, the forecast for Thursday’s game has temperatures ranging from 37-39 degrees with winds 15-18 mph for a wind chill below 30 degrees. There is also a high chance of precipitation starting Wednesday and carrying through Thursday evening.

“I have a feeling that we’ll wake up Thursday morning and there’ll be snow on the ground,” manager Scott Servais said. “We’ll make a decision at that point. That’s the beauty of scheduling that off day the next day, just in case. But the fact that we play these games in Minnesota at that time of year, you would think we’d be smarter than that. It’s crazy.”

The forecast for Friday is slightly more amenable with temperatures in the 40s but no precipitation.

As for the roster, Servais will keep 15 pitchers and 13 position players, including three catchers.

Ratings: Ray will make the first opening-day start of his career either Thursday or Friday. With his last Cactus League start coming on April 3 and his MLB debut scheduled for April 12, Brash threw an extended bullpen session on Monday and will throw two more to try and stay sharp before taking the mound to open a three-game series vs. the White Sox at Guaranteed Rate Field.

Ratings: With Mills being sent down, it means that right-hander Matt Festa has made the team. Festa was actually cut from camp March 29 and reassigned to minor-league camp along with Devin Sweet. Both pitchers were brought back to camp when Ken Giles was diagnosed with his finger injury. Festa made his MLB debut July 14, 2018, at Coors Field, getting called up from Class AA Arkansas to the big leagues. He made eight appearances in 2018 with varying success. The performances were similar in 2019 when he rode the shuttle from Tacoma to Seattle, making 20 appearances with a 5.64 ERA. Elbow issues in spring training of 2020 eventually led to Tommy John surgery on March 11.

After rehabbing largely on his own due to the pandemic, Festa returned to the mound for Class AAA Tacoma. He made 10 appearances to close out the 2019 season, notching three saves with a 1.26 ERA, with eight walks and 11 strikeouts in 14 1/3 innings pitched.

As a non-roster player, he went to the Mariners minor-league minicamp during the lockout and continued to pitch well this spring. He allowed just one run in five appearances.

Ratings: The Mariners plan to use a rotation between Haniger and Winker as the designated hitter, basing that on pitching matchups and overall rest. Winker had been riddled by nagging injuries over the past few seasons and has never played more than 115 games in a season. The Mariners hope the DH days will keep him healthy.

Ratings: Toro has been playing a fair amount of first base late in games and will provide pinch-hit help off the bench. Moore will be the backup outfielder late in games and the pinch runner in certain situations.

Ratings: Servais has yet to really elaborate on how he plans to dole out the playing time. But this much is obvious, Torrens is still a total liability from a defensive standpoint. He hasn’t seemed to improve on his receiving and blocking skills this spring, which was said to be a focus. He’s on the roster for his bat. How they plan to get him at-bats will be interesting.