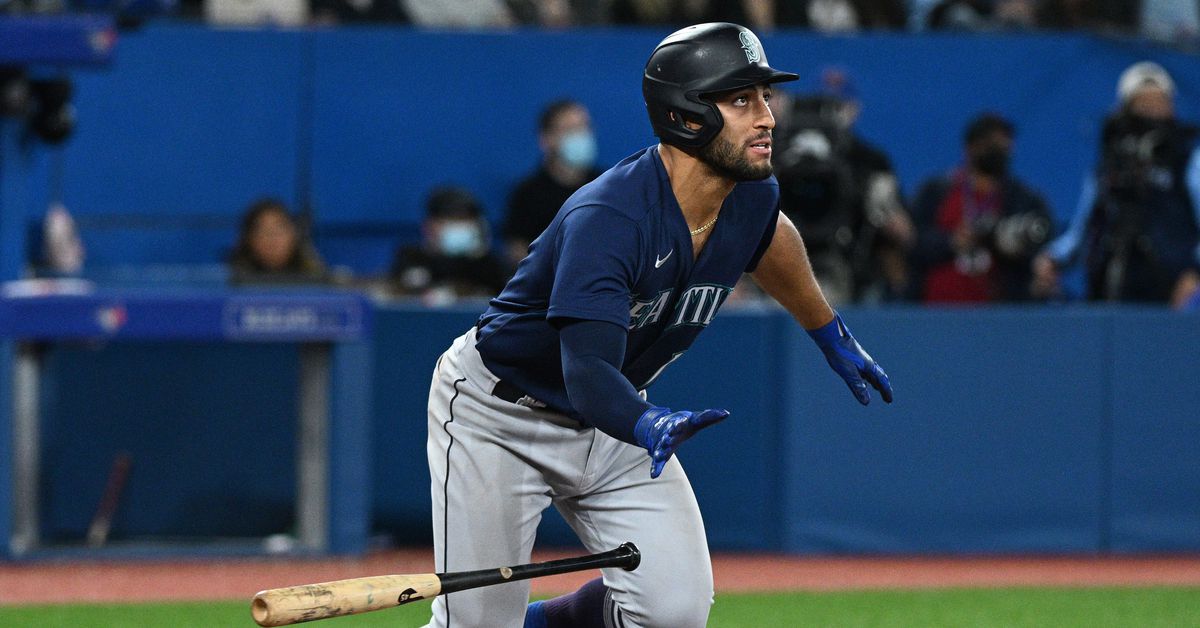 Mercifully, I was spared having to watch last night’s game. I was driving back home after finishing my junior year at UT. I finally brought my lumbering cargo van into my driveway at midnight, and after an immensely busy weekend, I was looking forwards to a lazy Wednesday and a bit of baseball.

The lazy part was not meant to be, however. While I was gone, my mother bought a 22 foot wide above ground pool, filled it up, and then left on a two week long trip to see a wedding. When she got back, she discovered that the chlorine wasn’t killing bacteria, and the whole thing had to be drained.

So I drove to a hardware store, rented an industrial pump, and pumped out most of the water. But quite a bit of water, roughly up to my ankles, was left behind by the pump, and since the hole to drain the pool was too high, we had to resort to old fashion techniques to get the rest of the water out, bailing with buckets.

Similarly, I feel like the Mariners came into this series, after being the first team to hand the Mets a series loss, hoping for some nice and easy games. Flexen, Gilbert, and Gonzales is a nice pitching setup to play a team that hasn’t hit the ground running the way they were hoping.

But, of course, the last two games have not been easy. With Haniger still gone, Jarred Kelenic sent down, and Steven Souza Jr. and Mike Ford called up, the M’s have trotted out less-than-optimal lineups of late. In Toronto, that has resulted in a 4-run loss and a 3-run loss. Not fun. Bad, even.

Tonight, the top of the first was particularly that brand of Mariners Frustrating™ when the Mariners loaded the bases twice, first with no outs, then with one out, only to come away with a single run. Three straight singles to start the game is fun. I like that. Keep getting hits please. But I would also like runs. It would make me much less nervous.

I watched tonight’s game with a friend who doesn’t watch too much baseball, and around the top of the third inning he leaned over to me and said “the Mariners are winning this game, but it doesn’t feel like it.” I think that sums up the experience of watching this team strand the bases loaded.

Marco was up on the bump today, and all of us were wondering which Marco we’d get. He’s famously a pitcher of two halves. When he’s good, he’s great (such as against the Astros in the home opener), but when he’s bad, his command isn’t there, he gets into trouble, and has a tendency to give up the big inning.

At first he felt like we might be getting Bad Marco, when he walked the first hitter he faced, Springer, on a full count. But he battened down to strike out Bo Bichette and get Vladimir Guerrero Jr. to ground into a double play. A serious feat against some seriously scary bats.

He did run into some trouble in the bottom of the third, and Hyde Marco reared his head. He issued a full-count walk to Bichette to load the bases, and then walked Guerrero Jr. on a pitch that was perfectly placed, but the umpire said ball four, and a run scored.

The next three innings were good for Marco, though. He gave up a hit in each, but only Teoscar Hernandez reached as far as second, and then was immediately picked off. One run, six innings and a solid performance. Eight baserunners, though. So that’s something to work on.

He got some grade-A defense behind him, of course, although my favorite highlight came in the 8th after he left the game.

Insulted! We had some! Cal Raleigh hits his third homer of the year on a first pitch off Kevin Gausman, the first home run the Blue Jays pitcher has given up all season, and to Cal of all people.

A couple innings later, Ty teed off for a two run shot that gave Seattle a 3-run lead, and this was the first moment I felt confident in a win. It’s a shame, but the Chaos Ball, one-run game winning Mariners of 2021 are condemned to history (the previous series notwithstanding. This 2022 squad needs to have a big lead to win games, and three runs in the late innings feels like a big lead.

One player decided to make it a bigger lead though. Once again confirming my Eyes Theory, Abraham Toro, Our Beloved, rocketed his fourth(!) ninth inning home run of the season on a 103 mph line drive to deep right field. If I had a nickel for every ninth inning home run Toro has hit in the Rogers Centre, I’d have two nickels. Which isn’t a lot, but it’s weird it’s happened twice, considering he’s never been in the Blue Jays’ division.

To get through bailing out approximately 470 gallons of water, we put some sea shanties (I know I’m a nerd, you don’t have to let me know) on a bluetooth speaker and just got to work. We sang, laughed, and smiled. But more importantly, we got a job that looked like hours and hours of back-breaking work done in about 45 minutes. We found a way to turn a miserable afternoon fun, to make the most of a bad situation.

A baseball season is long. I know that’s a cliche, but it’s true. From Spring Training to the Postseason, it’s eight months of throwing, hitting, and catching balls. There are going to be games that suck, that test our patience, and make us wonder if this sport we love is actually any good.

It is important after those days to move on, and accept that those things happen. In those situations it’s important for the team to have games like this. Games where they put up runs, pitch well, and play good fundamental defense. In short, to make the most of a bad situation.

Tonight, the Mariners did just that, and now can head to Boston with a little extra spring in their step.