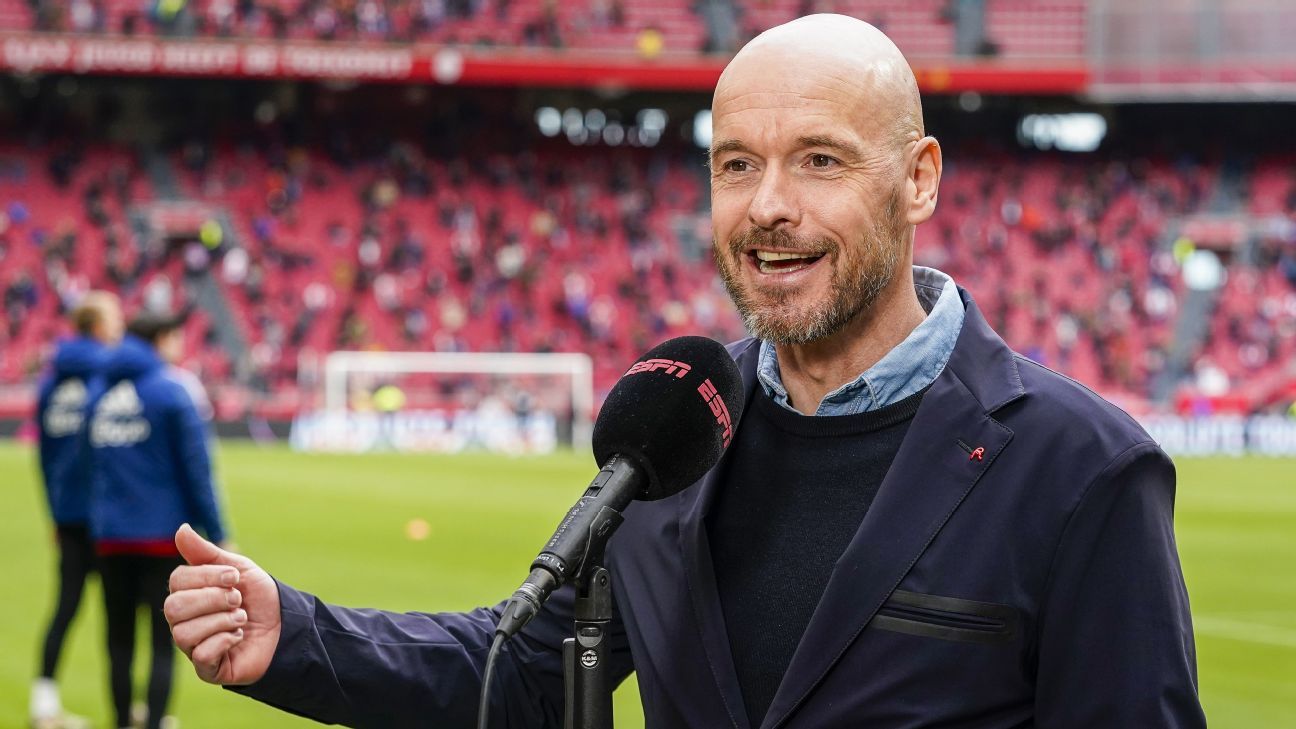 Manchester United are set to finalize the appointment of Erik ten Hag as the club’s next manager, sources have told ESPN.

Ten Hag, 52, who was interviewed by United last month, had been on a four-man shortlist alongside Paris Saint-Germain’s Mauricio Pochettino, Spain coach Luis Enrique and Sevilla’s Julen Lopetegui. Chelsea’s Thomas Tuchel and Bayern Munich’s Julian Nagelsmann were ruled out as being unattainable due to their commitment to their present employers.

Sources in England and the Netherlands have told ESPN that United have settled on ten Hag as their new manager and that the Ajax manager is ready to leave the Dutch champions to take charge at Old Trafford at the end of the season.

– Stream LIVE games and replays on ESPN+ (US only)

United’s pursuit of a new manager has been led by football director John Murtough and technical director Darren Fletcher, who have reported to chief executive Richard Arnold, with joint-chairman Joel Glazer having the final decision on the appointment.

While some at United considered PSG boss Pochettino, sources have told ESPN, Arnold and Glazer are in agreement that ten Hag is the best candidate to replace interim manager Ralf Rangnick, who has been in charge since last December.

The choice for Ole Gunnar Solskjaer’s successor ultimately came down to a straight battle between ten Hag and Pochettino, but the difficulties experienced by Pochettino at PSG this season, combined with the potential cost of releasing him from the remaining 12 months of his contract at Parc des Princes, left the former Tottenham manager behind ten Hag for both football and financial reasons.

Pochettino, 50, had initially been United’s favored candidate to replace Solskjaer, who was fired by United a month short of his third anniversary as manager last November. The club were aware that Pochettino would be open to a move to Old Trafford after struggling to impose himself on the job at PSG since taking charge midway through last season.

But PSG’s Champions League exit at the round-of-16 stage against Real Madrid, having led 2-0 in the tie, did not help his cause with the United job due to the club’s determination to avoid hiring a manager deemed to have failed in has recent role.

PSG’s readiness to hold out for a £15 million compensation package was another issue for United, who are able appoint ten Hag if they pay a £1.7m compensation figure to Ajax.

Sources added that Rene Meulensteen, first-team coach under Sir Alex Ferguson from 2007 to 2013, is one candidate being considered as ten Hag’s assistant. The recruitment department at the club have also been told to finalize shortlists on players in each position and present them to the new manager, though he will also be allowed to present his own targets.