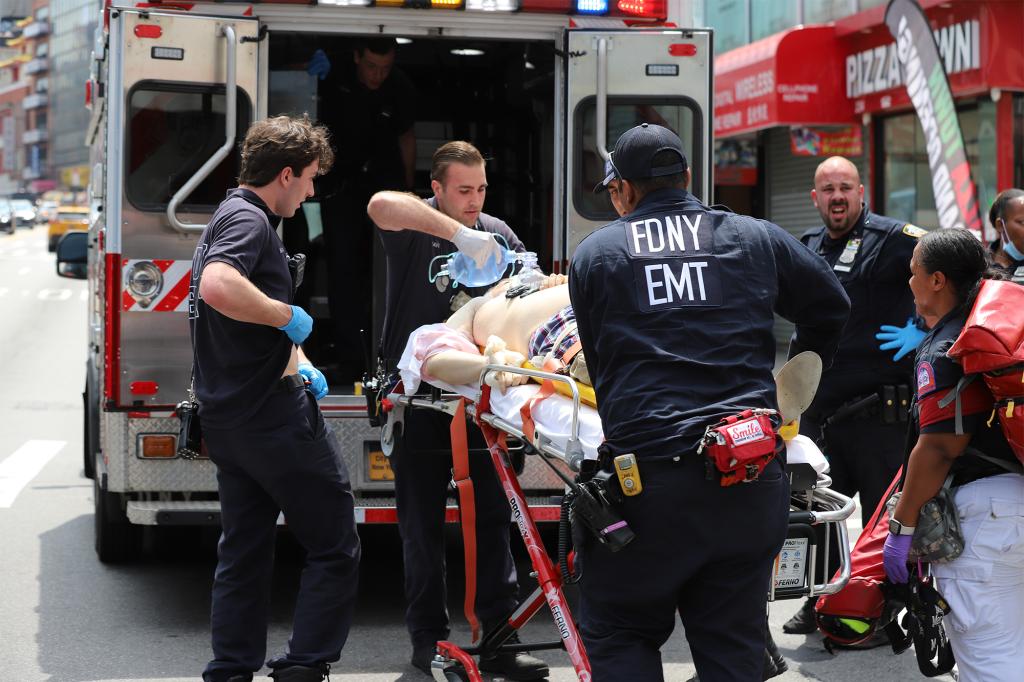 A deranged gunman shot and killed a 46-year-old straphanger aboard a Manhattan subway train Sunday in what cops are calling an unprovoked attack.

The shooter, who fled the scene, paced back and forth in the last car of the northbound Q train around 11:42 amwhen he opened fire on the random victim aboard the train, sources told The Post.

The victim was rushed to Bellevue Hospital where he was later pronounced dead, police said.

The man, whose name wasn’t immediately released, was shot on the moving train as it near the Canal Street Station cops said.

Attempts to resuscitate him were unsuccessful.

Disturbing video footage shows first responders frantically trying to revive the mortally wounded man as he lay on the floor of the subway car — and as they carried him from the station on a stretcher.

Sources said the shooting took place as the train crossed the Manhattan Bridge. Cops are now looking for the shooter.

The shooter was wearing a gray hoodie that said “Aeropostale” on it, police sources said.