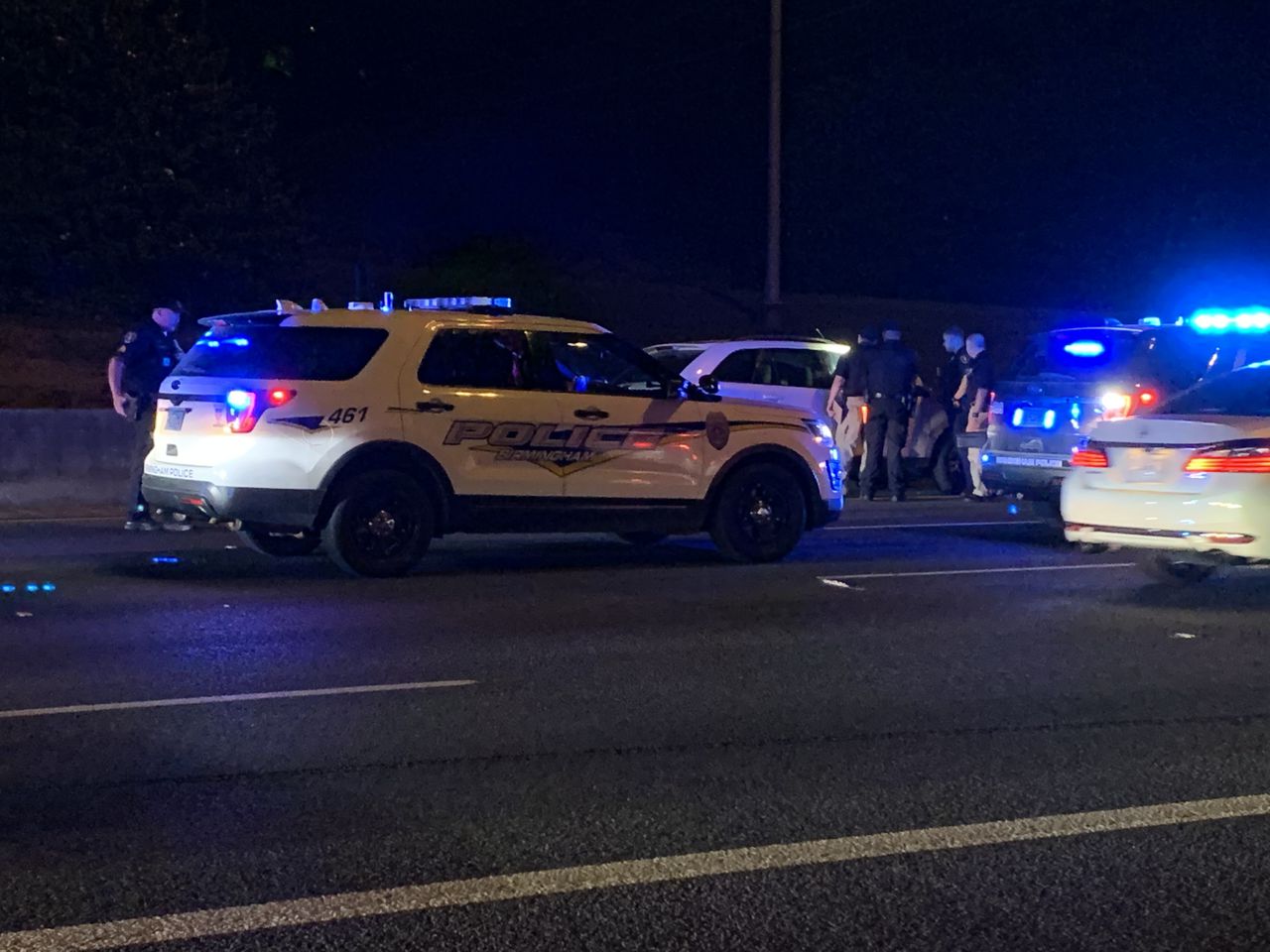 A man was found shot to death Saturday evening inside a vehicle on Interstate 59 southbound in Birmingham.

West Precinct officers were dispatched just past 8 pm to I-59 just past the Arkadelphia Road exit on a report of a person shot. They arrived to find a white SUV that had crashed into the concrete median.

Officer Truman Fitzgerald said the male victim was found in the driver’s seat suffering from an apparent gunshot wound. Birmingham Fire and Rescue Service pronounced him dead on the scene.

Investigators quickly located a bullet entry hole on the passenger’s side of the SUV.

“We do believe this driver was shot while driving the vehicle,” Fitzgerald said.

It wasn’t immediately clear where the shooting actually took place, but police believe it was in the area where the victim wrecked and died. They are searching for shell casings.

“We are asking anyone that was on the interstate or nearby that may have seen or heard anything to please give us a call,” Fitzgerald said.

The victim is Birmingham’s 50th homicide this year. Of those, five have been ruled justifiable and therefore aren’t deemed criminal.

In all of Jefferson County, there have been 66 homicides including the 50 in Birmingham. A man was found fatally shot inside a vehicle earlier Saturday in Brighton.