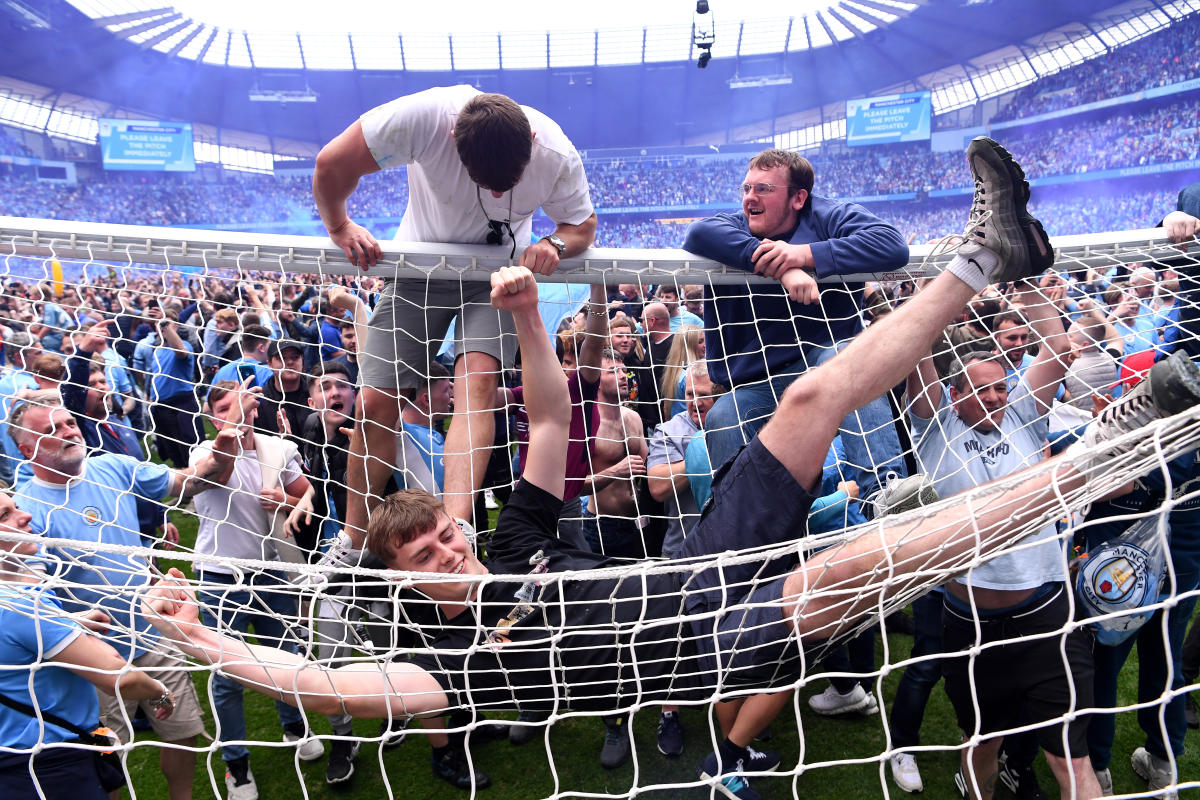 Manchester City, just hours removed from their title-winning comeback victory over Aston Villa, issued an apology on Sunday to Aston Villa goalkeeper Robin Olsen for being “assaulted” when fans invaded the pitch.

Manchester City would like to sincerely apologise to Aston Villa goalkeeper Robin Olsen, who was assaulted after the final whistle at today’s match when fans entered the pitch.

Video of the incident shows Olsen, walking off the field, being attacked as Man City fans stormed the pitch to celebrate their win. Details of what happened to Olsen weren’t released, but the video shows at least two fans came right up to him and interacted with him in some way. Olsen then had to shield his face as two stadium officials rushed him off the field. The orange-clad stadium official was also knocked down by a fan.

Man City also announced that they will be investigating the incident.

The Club has launched an immediate investigation and once identified, the individual responsible will be issued with an indefinite stadium ban.