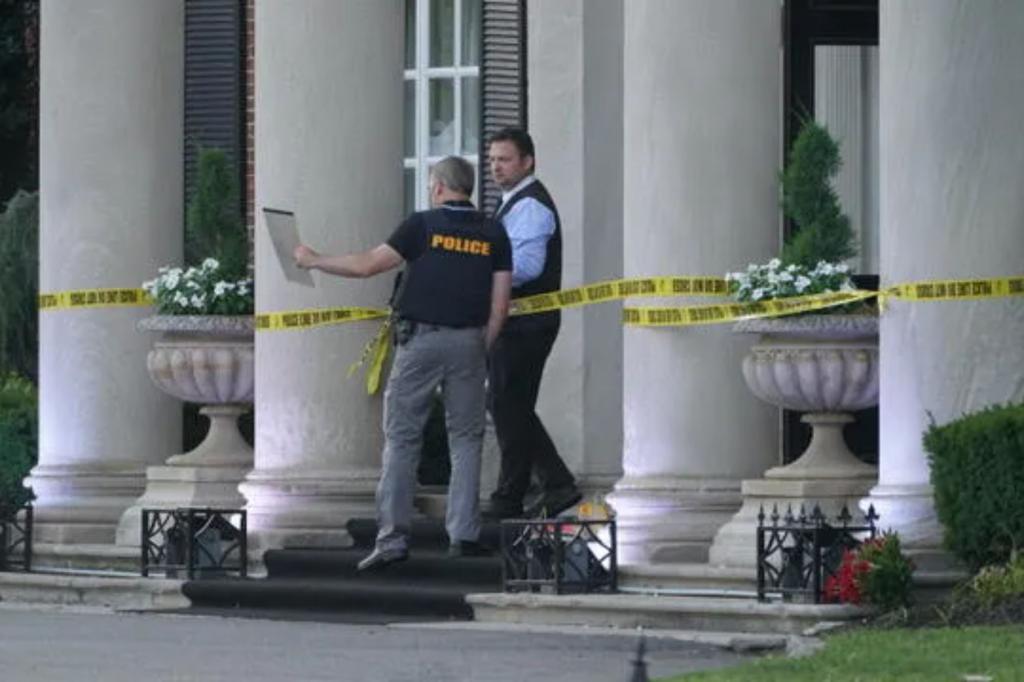 Three people were shot when gunfire broke out at a pool party at a swanky Long Island hotel on Sunday afternoon, local police said.

Two party-goers and a security guard were shot just after 5 pm during the private celebration at The Mansion at Glen Cove, a luxury hotel on Long Island’s “Gold Coast” which is a popular wedding venue.

A shooter opened fire amid a “disturbance” among attendees of the gathering advertised online as the “Big Fendi Celebrity B-Day Pool Party” Glen Cove Police said.

The three victims suffered non-life-threatening injuries, police said. They are being treated at area hospitals.

The event drew between 150 to 200 people and was ongoing when the shots were fired, according to the local department.

A suspect fled the scene before cops arrived and remains at large. However, Glen Cove Police said there is no threat to the public and their investigation is ongoing.

The hotel’s outdoor pool, which features poolside daybeds and cabanas as well as a view of the mansion’s gardens, was closed for the private event Sunday, according to the venue’s calendar.

The violent incident adds to the mansion’s storied and glamorous history.

The Mansion at Glen Cove was built in 1910 by architect Charles Adams Platt. The 55-acre estate was home to corporate attorney John Teele Pratt and Ruth Baker Pratt, who became the first woman elected to Congress from New York, before it was converted to a conference center hotel in 1967.

The building and its grounds were also the partial set of two popular movies in the 1950s — Sabrina starring Audrey Hepburn, Humphrey Bogart and William Holden and Alfred Hitchcock’s North by Northwest starring Cary Grant.

Management for the Mansion didn’t immediately return a request for comment.