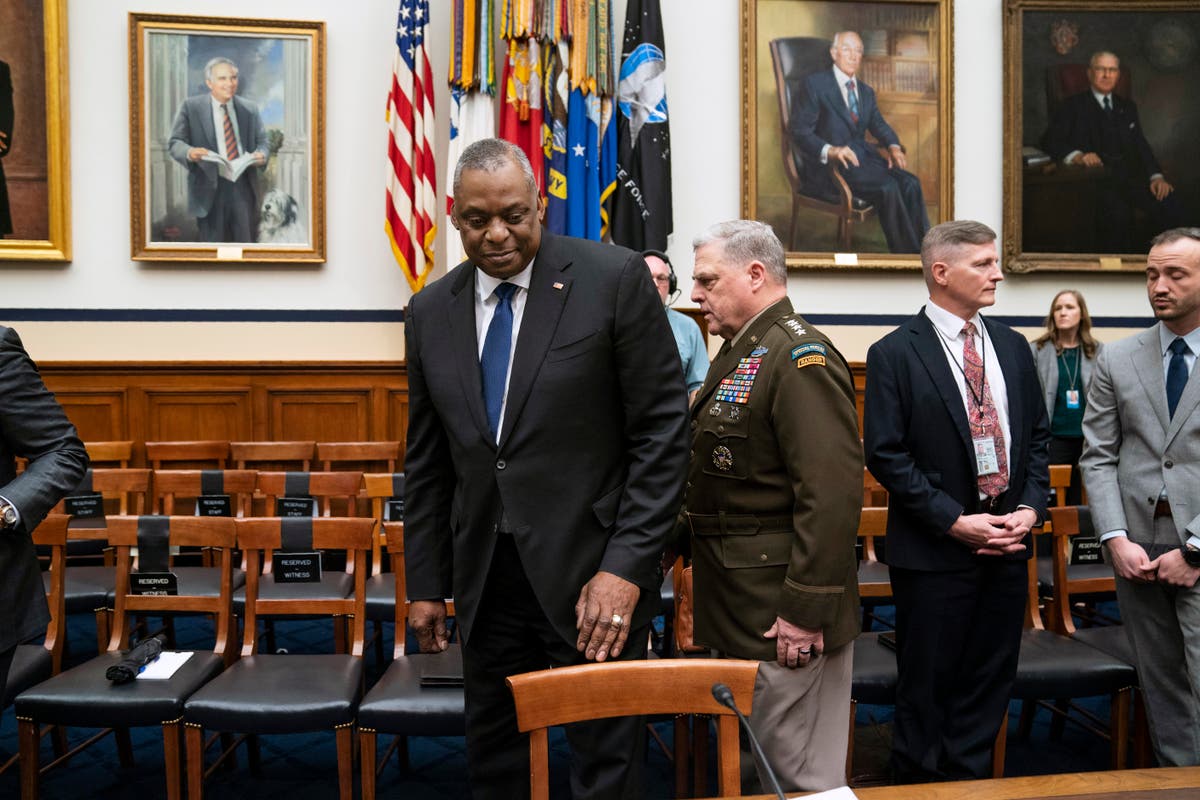 US Secretary of Defense Lloyd Austin appeared so incensed by outlandish lines of questioning from Republican congressman Matt Gaetz that he ended up in a shouting match with the Florida representative by the end of Mr Gaetz’s five minute round.

Mr Austin was on Capitol Hill on Tuesday to testify at a House Armed Services Committee hearing regarding the Defense Department’s fiscal year 2023 budget request, but Mr Gaetz had apparently decided to use his time to berate the former US Central Command boss about what he described as US defense failures caused by the Pentagon’s embrace of “wokeness”.

Specifically, Mr Gaetz inquired about a lecture delivered at the US National Defense University by French economist and author Thomas Picketty entitled “Responding to China: The Case For Global Justice and Democratic Socialism”.

“Why should American taxpayers fund lectures at the National Defense University that promote socialism as a strategy to combat China?” he asked.

When Mr Austin, who oversees the entire US Department of Defense, told the Florida Republican that the NDU is an “academic institution” and said he did not know of the lecture, Mr Gaetz called his lack of knowledge about specific coursework at the school “ surprising” and asked if he agreed that “embracing socialism” would not be “an effective strategy to combat China”.

He replied that he “certainly” did not agree with “embracing socialism,” at which point Mr Gaetz asked why a Defense Department academic institution would “invite people we don’t agree with to evangelize views and values ​​that we don’t share” rather than “learning strategy about how to combat our enemies and make assessments that are accurate”.

The Florida Republican then began to berate Mr Austin, a retired four-star Army general, about how the Pentagon has recently had been, in his words, “blowing a lot of calls lately on matters of strategy”.

“Mr Secretary, you guys told us that Russia couldn’t lose. You told us that the Taliban couldn’t immediately win. And so I guess I’m wondering what in the $773bn that you’re requesting today is going to help you make assessments that are accurate in the face of so many blown calls,” he said.

Mr Austin said he would let the budget request speak for itself, but Mr Gaetz did not stop badgering him about the US being “behind in hypersonics” and having “failed to deter Russia”.

“While everyone else in the world seems to be developing capabilities and being more strategic, we got time to embrace critical race theory at West Point, to embrace socialism at the National Defense University, to do mandatory pronoun training,” he said, leading the defense secretary to interject that the US military remains “the most capable” and “the most combat critical” military force in the world and “will be so going forward”.

“I’m sorry you are embarrassed by your country,” the retired general said.

The Florida congressman, who is reportedly under investigation for alleged child sex trafficking, erupted at Mr Austin: “That is so that is so disgraceful that you would sit here and conflate your failures with the failures of the uniformed service members – you guys said that , that Russia would overrun Ukraine in 36 days, you said that the Taliban would be kept at bay for months”.

“You totally blew those calls and maybe we would be better at them if the National Defense University actually worked a little more on strategy and a little less on woke-ism,” he said.

Incensed, Mr Austin shouted back: “Has it not occurred to you that Russia has not overrun Ukraine because of what we’ve done and our allies have done?”

Mr Gaetz replied that the Ukrainian forces ability to hold out against Russia was “baked into” the defense secretary’s “flawed assessment,” though he did not say how.