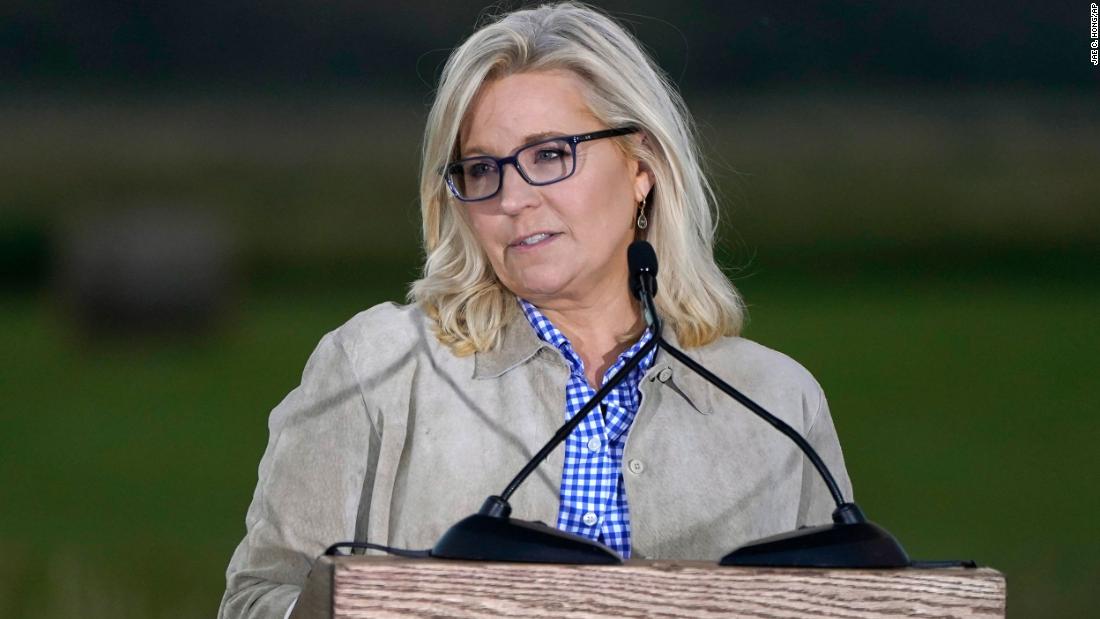 “This primary election is over,” Cheney said in her speech. “But now the real work begins.”

The last of the 10 House Republicans who voted for Trump’s second impeachment to face voters, Cheney now becomes the eighth who will not be returning to the House next year. Cheney’s loss, though widely anticipated, represents a significant marker in the wider fight over the direction of the Republican Party. Once considered an up-and-comer, she was booted from House GOP leadership last year over her unyielding opposition to the former President and trailed in polling back home this year as she helped lead the House select committee investigating the January 6, 2021, attack on the US Capitol.

Though she made no announcement about her plans, Cheney did hint at a future in elective politics.

“The great and original champion of our party, Abraham Lincoln, was defeated in elections for the Senate and the House before he won the most important election of all,” she said. “Lincoln ultimately prevailed, he saved our union and he defined our obligation as Americans for all of history.”

Cheney’s attempt at projecting dignity in defeat was itself a clear rejoinder to Trump’s behavior since losing the 2020 election.

“No House seat, no office in this land is more important than the principles that we are all sworn to protect. And I well understood the potential political consequences of abiding by my duty,” Cheney said. “Our Republic relies upon the goodwill of all candidates for office to accept, honorably, the outcome of elections. And tonight, Harriet Hageman has received the most votes in this primary. She won. I called her to concede the race.”

Despite her conservative credentials and party pedigree, her role as Trump’s chief GOP critic on Capitol Hill made her a heavy underdog in a state the former President won with nearly 70% of the vote in 2020. His enduring popularity there, coupled with Cheney’s role as vice chair of the House January 6 committee made the three-term congresswoman and daughter of former Vice President Dick Cheney a top target of Trump allies.

Cheney said American democracy faced an existential threat — that “our survival is not guaranteed” — calling out Republican efforts at the state level to decertify 2020 election results and GOP midterm candidates who have already begun to cast doubt on future votes.

“If we do not condemn the conspiracies and the lies, if we do not hold those responsible to account, we will be excusing this conduct and it will become a feature of all elections,” Cheney said. “America will never be the same.”

Trump’s grip on the GOP has been proven again and again since he left Washington. With Wyoming’s vote in, Cheney becomes the fourth House Republican who voted to impeach Trump to lose her primary. Four others were not running for another term. The two survivors to date, in California and Washington, benefited from their states’ nonpartisan primary system. Cheney had no such cushion, though a late push for Democrats and independents to register for the GOP primary might have somewhat softened the ultimate count.

Leading Republicans on Capitol Hill had coalesced around Hageman, who has embraced Trump’s false election fraud claims and called the 2020 contest “rigged.” House Minority Leader Kevin McCarthy, another Hageman supporter, on Monday said during an appearance on Fox News that the election in Wyoming was “going to be a referendum on the January 6 committee.”

Cheney on Tuesday also addressed the recent search of Trump’s Mar-a-Lago residence in Florida, denouncing the former President’s efforts to sow anger among his supporters and potentially endanger FBI agents involved in the raid by releasing some of their names.

“That was purposeful and malicious. No patriotic American should excuse these threats or be intimidated by them,” Cheney said. “Our great nation must not be ruled by a mob provoked over social media.”

As Cheney issued a dire warning in Jackson, Hageman, at her victory rally hours east in Cheyenne, thanked Trump and congressional Republicans for their support.

“Wyoming has shown today is that while it may not be easy, we can dislodge entrenched politicians who believe they’ve risen above the people they are supposed to represent and serve,” Hageman said.

In a post to his own social media platform, Trump crowed over Cheney’s loss, calling it “a wonderful result for America,” before denouncing her as “spiteful” and “sanctimonious.”

“Now she can finally disappear into the depths of political oblivion where, I am sure, she will be much happier than she is right now,” Trump wrote.

Sarah Palin looks to make a comeback in Alaska

If Cheney is threatened with being cast into her party’s wilderness, a prominent figure from its recent past is hoping to return from more than a decade off the electoral map. Former Alaska governor and 2008 vice presidential nominee Sarah Palin, whose ascent marked a precursor to the party’s Trump era, returns to the ballot on Tuesday. In this new iteration, she is the Trump-endorsed candidate in a three-deep field vying to fill the remainder of the late GOP Rep. Don Young’s seat.
Palin, who resigned as governor in 2009, is squaring off in the special election with Nick Begich III, the Republican scion of the state’s most storied Democratic family, and former Democratic state Rep. Mary Peltola, who was endorsed by independent Al Gross after he dropped out of the race despite making the final four. If none of the three active candidates secures a majority of the vote, the election will be decided with a ranked-choice calculation that begins at the end of the month.

The three special election contenders — along with nearly 20 other candidates, most notably Republican Tara Sweeney — are also running in a concurrent primary that will determine the four finalists for the November election that will decide who will win the at-large House seat for the next full term.

While Cheney’s fate in Wyoming has grabbed the most headlines, Alaska Sen. Lisa Murkowski, a Republican who voted to convict Trump during his second impeachment trial, was also facing new competition this year fueled by her lack of fealty to the former President. Unlike Cheney, however, Murkowski — herself the latest in a proud statewide political dynasty — is a better bet to overcome the forces arrayed against her.

That’s in large part due to Alaska’s nonpartisan top-four primary, which, like in the House race, sends the top four candidates to the general election, which will be decided by a ranked-choice vote if no one receives a majority. That process should aid Murkowski against Trump-backed challenger Kelly Tshibaka, the former commissioner of the Alaska Department of Administration.

Murkowski has in the past enjoyed broad support, across partisan lines, in a state that elected his father, Frank Murkowski, first to the Senate and then as its governor. He then appointed his daughter to her current position in 2002. When she was defeated in a 2010 primary during the tea party wave, Murkowski launched a write-in campaign and defeated GOP nominee Joe Miller in the fall.

The state’s gubernatorial primary also features some familiar names: Republican Gov. Mike Dunleavy and independent former Gov. Bill Walker, who likely would have lost to Dunleavy in his 2018 reelection bid had he not dropped out shortly before the election and endorsed Democrat Mark Begich.