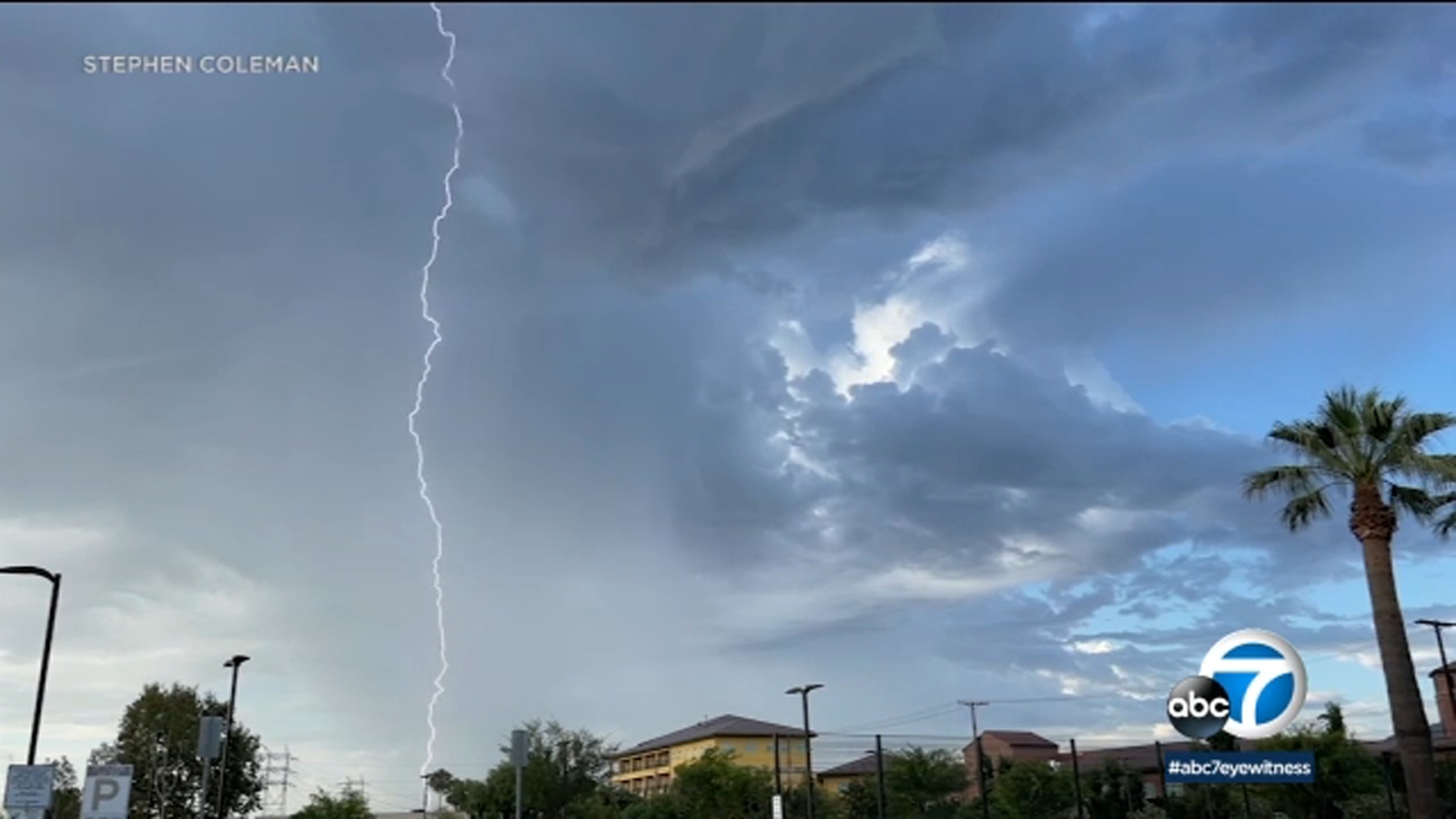 PICO RIVERA, Calif. (KABC) — A woman and her two dogs were killed by a lightning strike while out walking in Pico Rivera Wednesday morning, officials say.

Paramedics and police were called to the area of ​​Rimbank and Mines avenues, near the San Gabriel River around 8:50 am

Pico Rivera City Manager Steve Carmona says a woman was found deceased on the path with her two dogs. She had apparently been struck by the lightning as storms moved through Southern California in the morning.

The city was warning residents in the area to stay inside until the storm passed, Carmona said.

“We should all be cautious with this activity that’s in the area,” Carmona said. “We want everyone to be careful. There’s a lot of instability in the air. Just be careful and do your best to stay indoors at this time.”

RELATED: Thunder and lightning strike as storm sweeps through SoCal

Deaths by lightning are very rare in California. There have only been nine fatalities in the state since 2006, and this was the first one this year.

The nation as a whole sees about six deaths by lightning through June 22 in an average year.

News of the tragedy was disturbing to residents in the area.

“I’m scared,” said Mary Perez, who lives in the area. “I told my granddaughter and her friend, she’s not walking to school, I’m taking her. I think more about the lightning. Not that I never thought about it. I didn’t think it could really do that. It’s just awful .”

The 52-year-old woman’s identity has not been released.