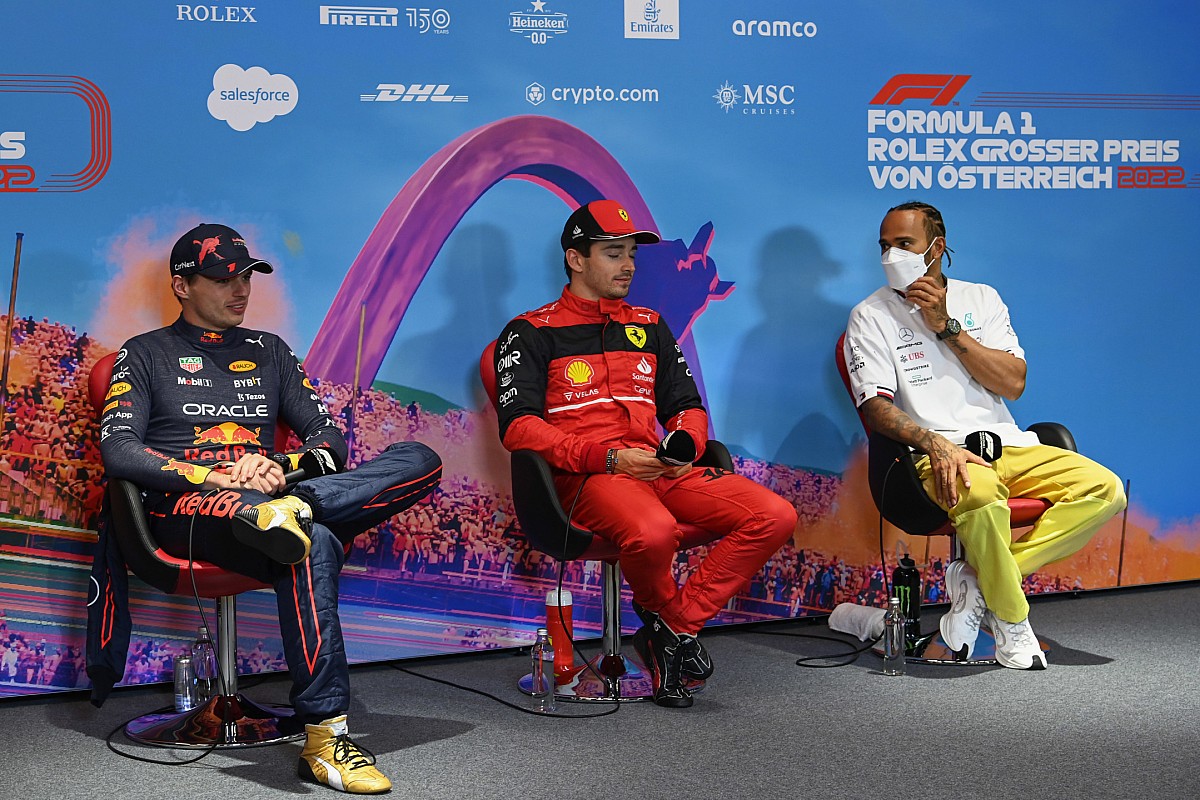 The top three finishers from Sunday’s race at the Red Bull Ring were summoned by the stewards after it emerged their physios entered parc ferme before they had been weighed, breaching the post-race procedure instructions that had been issued.

In notes that were sent to teams on Sunday morning, the FIA ​​said: “Other than the team mechanics (with cooling fans if necessary), officials and FIA pre-approved television crews and FIA approved photographers, no one else will be allowed in the designated area at this time (no personal PR team.

“Driver physios must wait outside the cool down room behind the podium until the podium ceremony has concluded).”

Following a hearing on Sunday evening, the stewards opted to hand all three teams a suspended fine of €10,000.

“The Stewards received a report from the Media Delegate, which was subsequently confirmed by video evidence, that the physio / drivers’ assistants of the top three finishers entered Parc Ferme without permission and in violation of the procedure that was published prior to the race ‘ for the orderly conduct of the event,” the FIA ​​bulletin about the incident reads.

“In part this is to prevent handing over of items to the drivers prior to them being weighed.

“The Competitor is fined €10,000, which will be suspended for the remainder of the season pending any further violation of the procedure, and the competitors are warned that the passes of the individuals concerned may be revoked in case of systemic violation.”

It means the result of the Austrian Grand Prix is ​​now final after the stewards also cleared Fernando Alonso over a possible unsafe release infringement during the race.