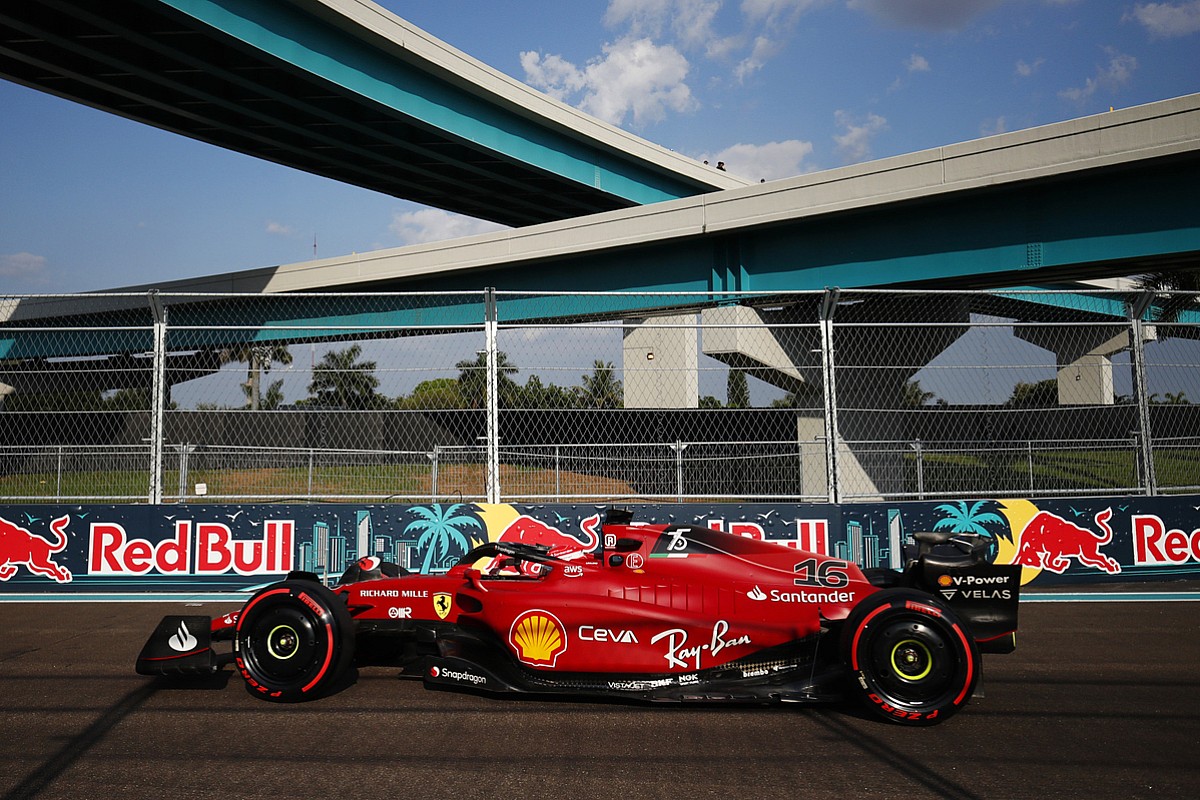 Leclerc will start ahead of Sainz and Red Bull’s Max Verstappen after the one-hour qualifying session, which is split into three segments with five cars each being knocked out in Q1 and Q2 before the top-10 shootout of Q3.

Leclerc sets the pace in the opening segment at 1m29.474s, 0.326s clear of Verstappen. Sainz was third fastest ahead of Perez.

Mercedes’ Lewis Hamilton canvassed to make it through and had to run again – only qualifying for Q2 with 48s left on the clock. He vaulted up to fifth quickest.

Falling at the first hurdle were Kevin Magnussen (Haas), Guanyu Zhou (Alfa Romeo), Williams duo Alex Albon and Nicholas Latifi, and Esteban Ocon, whose Alpine didn’t run after its shunt in FP3 that cracked the chassis.

Verstappen set the bar at 1m29.202s but Leclerc made a second run and grabbed P1 with a lap of 1m29.130s, which was 0.072s faster. McLaren’s Lando Norris leapt up to third with a flying final lap, ahead of Perez and Sainz.

Knocked out at this point were Alpine’s Fernando Alonso (missing out by just 0.032s), George Russell (who had starred in practice for Mercedes), Sebastian Vettel (Aston Martin), Daniel Ricciardo (McLaren) and Mick Schumacher (Haas).

Verstappen will start third after bailing out of his final run after going off, ahead of Perez and Valtteri Bottas – who only made Q2 by a tenth but will start fifth for Alfa Romeo.