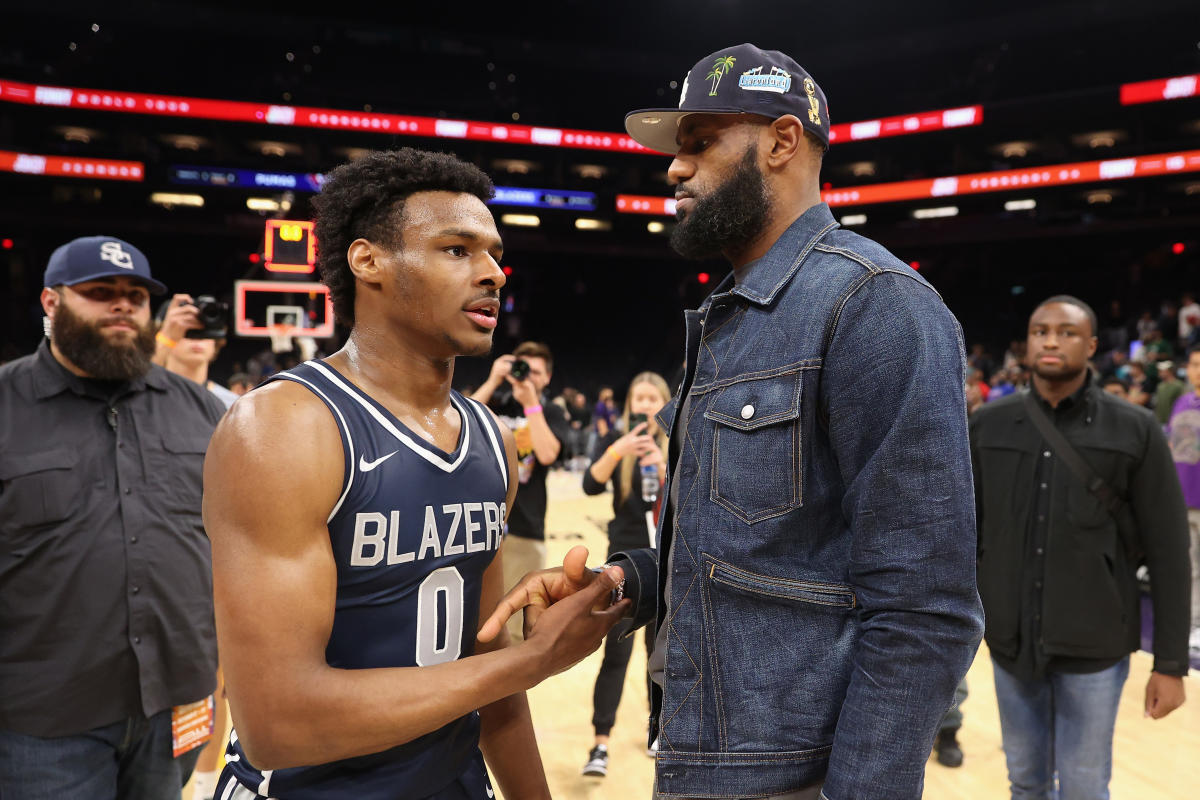 Bronny James isn’t ready to make his college decision, even though he feels like everyone else is clamoring for it.

After rumors swirled about LeBron James’ oldest son on social media on Tuesday, the Los Angeles Lakers star quickly shut them down.

Bronny, he said, hasn’t even been on an official visit anywhere yet — meaning Oregon can’t be the “frontrunner,” as one report claimed.

“He hasn’t taken one visit yet and has only had a few calls with coaches and universities,” LeBron wrote on Tuesday night. “When Bronny makes his choice, you’ll hear it from him.”

Oregon is reportedly one of the schools that has had contact with Bronny, according to Forbes’ Adam Zagoria, but it has not offered him and “nothing is expected soon in terms of a commitment.”

Based on LeBron’s tweet on Tuesday, it’s safe to assume that with other universities, too.

Bronny is currently listed as a four-star prospect and the No. 57th best player in the class of 2023, . He has received an offer from North Carolina Central, but that is it so far.

There’s no reason that Oregon won’t be in consideration to land Bronny. The Nike connection between the Ducks and LeBron only adds to that, too. But until he actually takes a visit — and there’s sure to be plenty — assuming anyone is a frontrunner at this stage is presumptuous.