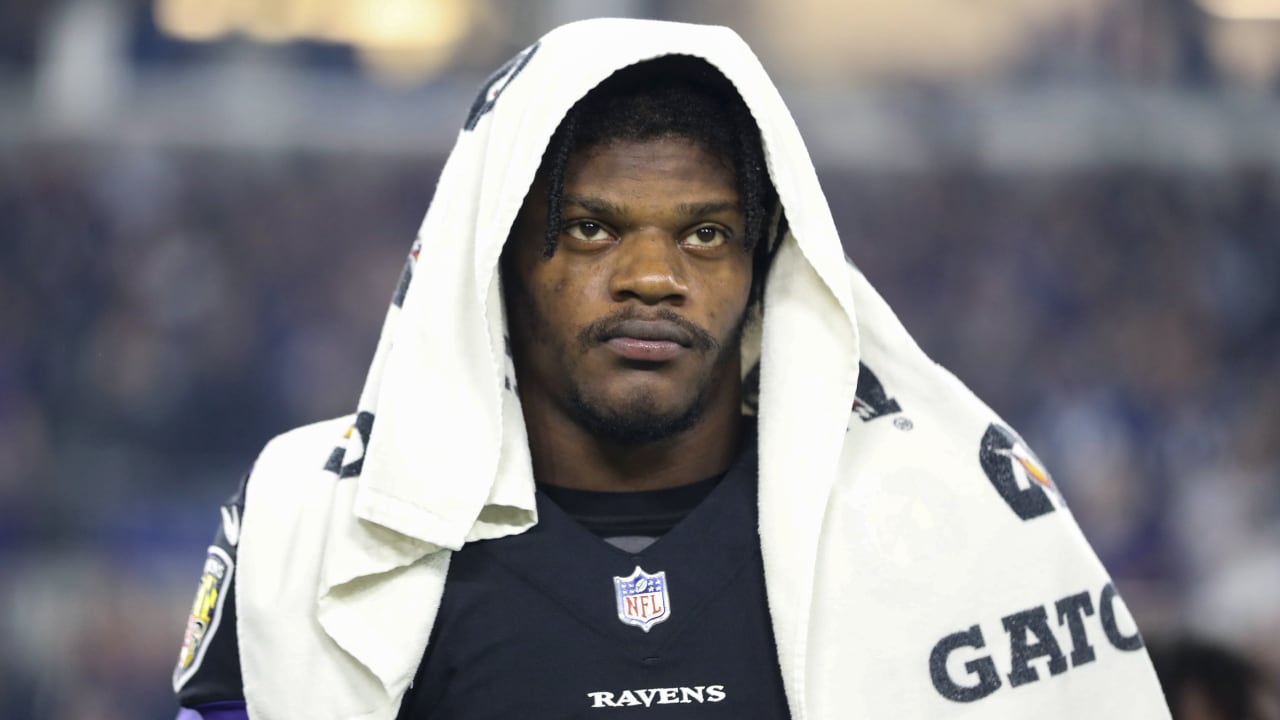 While Lamar Jackson set the internet ablaze with speculation by changing his social media photos on Saturday, the Ravens quarterback said its meaning isn’t all that deep.

Jackson changed his Instagram profile photo and Twitter header to a picture of a gold grill engraved with the phrase “I Need $”, which many thought could be a message to the Ravens amid his ongoing contract negotiations with the team. But with the theories of what this might mean running rampant, the 25-year-old spoke to Safid Deen of USA Today to clear the air, claiming that the pictures had nothing to do with his contract discussions.

Jackson explained that the photo was a reference to the movie “How High”, from which a character wears a the grill. He simply watched the movie and though it was funny, so he added it to his social media profiles. There was no ulterior motive to the photos, Jackson said, and he didn’t understand why people read so much into it.

“I don’t know why people are blowing it up,” Jackson told Deen during his fourth annual ‘Funday with LJ’ event. “I just saw Bleacher Report post it. They just take anything that’s posted on social media and just blow it up, and try to think for you. I don’t take it too seriously.

“They’re making it seem like I’m talking to the Ravens when I’m not. Our contract discussion is going on already. But it ain’t about that though.”

Jackson’s desire for a contract extension and its so-far unresolved status has been a dominant storyline in Baltimore this offseason. Jackson is entering the final season of his rookie deal and is set to earn $23.1 million this year, but both sides have expressed interest in extending his tenure in Baltimore. But a new deal has yet to materialize, just reports of Jackson skipping voluntary OTAs (but not mandatory minicamps) and supposedly a lack of serious discussion on an extension so far. While the relationship between the QB and his team seems to still be good, the lack of information about whether he’ll be with the Ravens past 2022 makes it understandable why people believed the picture meant more than Jackson intended.

Both sides have not said much about the ongoing negotiation, with Jackson saying last month that he wanted to keep his contract talks private. The former MVP reiterated Saturday that he would not be commenting on the negotiations publicly.

Jackson also said he’s not sure whether the deal could be made before training camp starts later this month, but he remains hopeful.