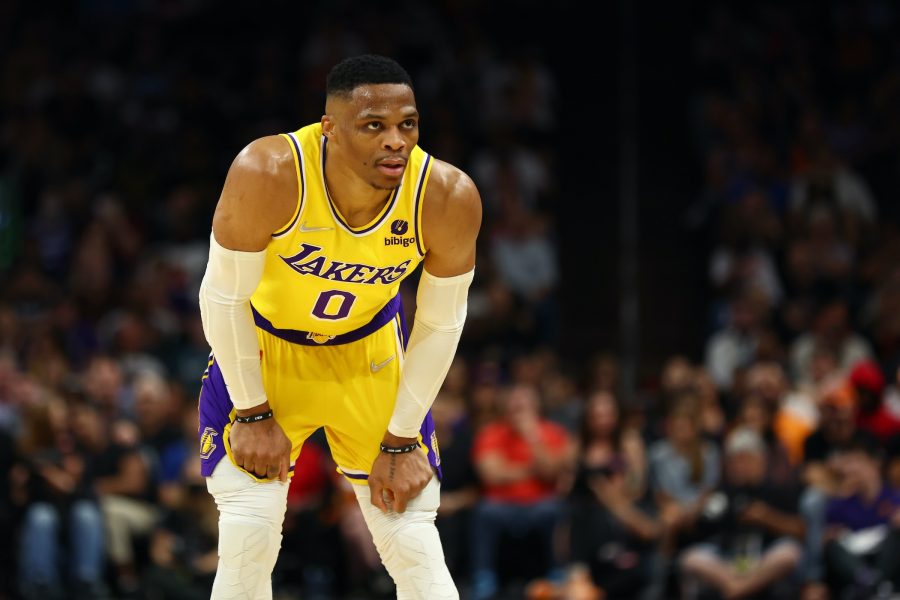 Tea Lakers spoke to the Jazz and Knicks a few weeks ago about a hypothetical three-team trade scenario that would see Donovan Mitchell land in New York, with Russell Westbrook going to Utah, league sources tell Michael Scotto of HoopsHype.

As Scotto explains, the proposed deal would involve at least two Jazz players (likely some combination of Bojan Bogdanovic, Patrick Beverly, Jordan Clarksonand Malik Beasley) going to Los Angeles, while the Knicks would send out players to both teams for salary-matching purposes. New York would need to trade at least $24.2MM in outgoing salary to match Mitchell’s $30.35MM cap hit.

The Jazz – who would buy out Westbrook if they acquired him, according to Scotto – would receive significant draft compensation from both the Lakers and Knicks for trading Mitchell and taking on Westbrook’s $47MM+ salary.

According to Scotto, the Lakers have had interest in Knicks forward Cam Reddish in the past. Additionally, New York previously expressed interest in Beasley and now employs Gersson Rosas, who acquired and re-signed Beasley when he was working in the Timberwolves’ front office. So if the three teams were able to work out a deal, it would be worth keeping an eye on whether the Lakers could land Reddish or the Knicks could get Beasley.

However, it sounds like it’s probably a long shot that the Jazz, Lakers, and Knicks will be able to reach an agreement.

Utah, of course, wants a substantial haul for Mitchell, having reportedly asked the Knicks for three players and six draft picks last month. And teams that have talked to Los Angeles about Westbrook are believed to be seeking the Lakers’ 2027 and 2029 first-round picks (with as little protection as possible) to accommodate the salary dump. According to multiple reports, LA has thus far resisted attaching more than one first-rounder to Westbrook in any proposed trade.

For the Lakers, Jazz, and Knicks to make a deal, they’d have to find common ground on the price tags for both Mitchell and Westbrook, which will be extremely challenging.

It’s unclear, based on Scotto’s report, whether or not the three clubs are still actively exploring this scenario or how viable they consider it to be.