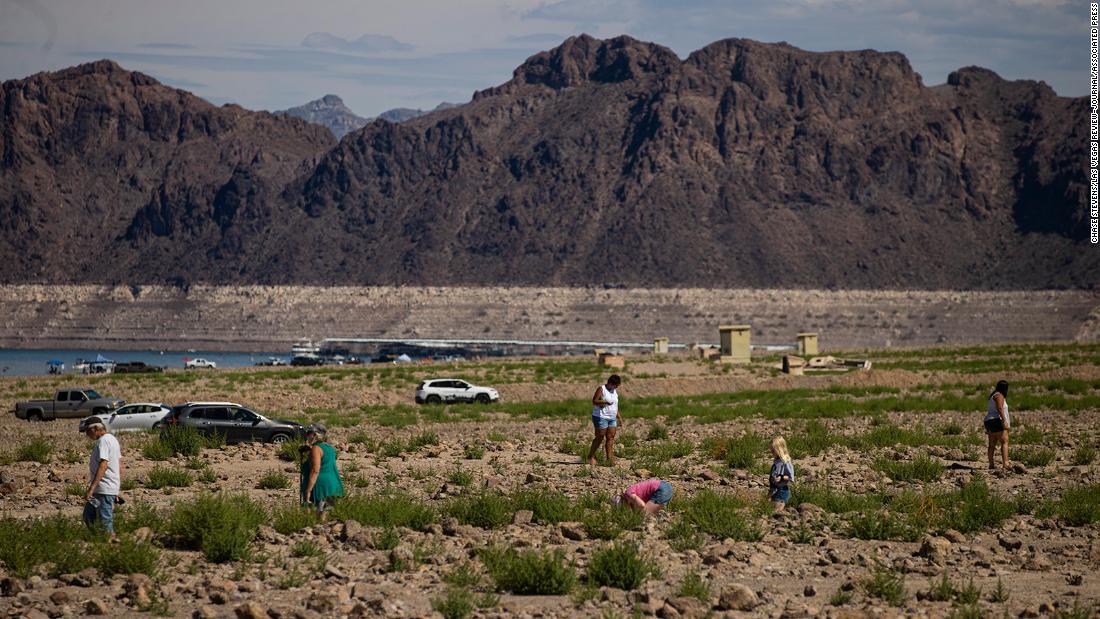 So far this year, authorities have recovered human remains at the lake five times, three of which have been at Swim Beach. It’s unclear whether the three discoveries at Swim Beach are all from one person or separate individuals. The Clark County coroner has been working to determine if the first two Swim Beach discoveries, which were both partial remains, are from the same person, a county spokesperson told CNN.

National Park Service rangers responded to Swim Beach at about 8 pm Monday night and worked with the Las Vegas Metropolitan Police Department’s dive team to set a perimeter to recover the remains, the park service said in a news release. The Clark County coroner was also contacted.

CNN has reached out to Clark County officials for more information and has not heard back.

In addition to those found at Swim Beach, two other sets of remains have been uncovered at the lake since May, including one body which is being investigated as a homicide case after it was found in a corroding barrel with a gunshot wound, officials said.

The homicide victim, whose remains were found on May 1, likely died sometime in the mid-’70s to early ’80s, according to police and Clark County coroner Melanie Rouse. The victim’s clothes and shoes helped investigators determine the approximate time of death, as some of the clothing was so well preserved the labels were still visible, police said.
Just a week after the homicide victim’s remains were found, a second set was discovered at the lake’s Calville Bay, the park said. Rouse has preliminarily determined that those remains belong to a man estimated to be between 23 to 38 years old, she told CNN previously. His cause and manner of death are undetermined, she said.

The coroner’s office is trying to extract DNA from the first two sets of remains in an effort to identify who they belong to, Rouse has said.

The third set of partial remains was found at Swim Beach on July 25, followed by more partial remains found in the same area on August 6. It is unclear if the third discovery of remains on Monday is related to the previous two partial sets.
The remains have started to be uncovered as Lake Mead’s shoreline is receding dramatically due to a prolonged megadrought in the West. The extreme drought has caused water levels at Lake Mead — the nation’s largest water reservoir — to drop to just 27% of its full capacity, threatening the essential water supply for millions of people in the region.
As the water level drops, other visitors have been able to see other things previously submerged in the lake, including a sunken World War II-era vessel and the reservoir’s original 1971 intake valve.

CNN’s Rachel Ramirez and Ella Nilsen contributed to this report.