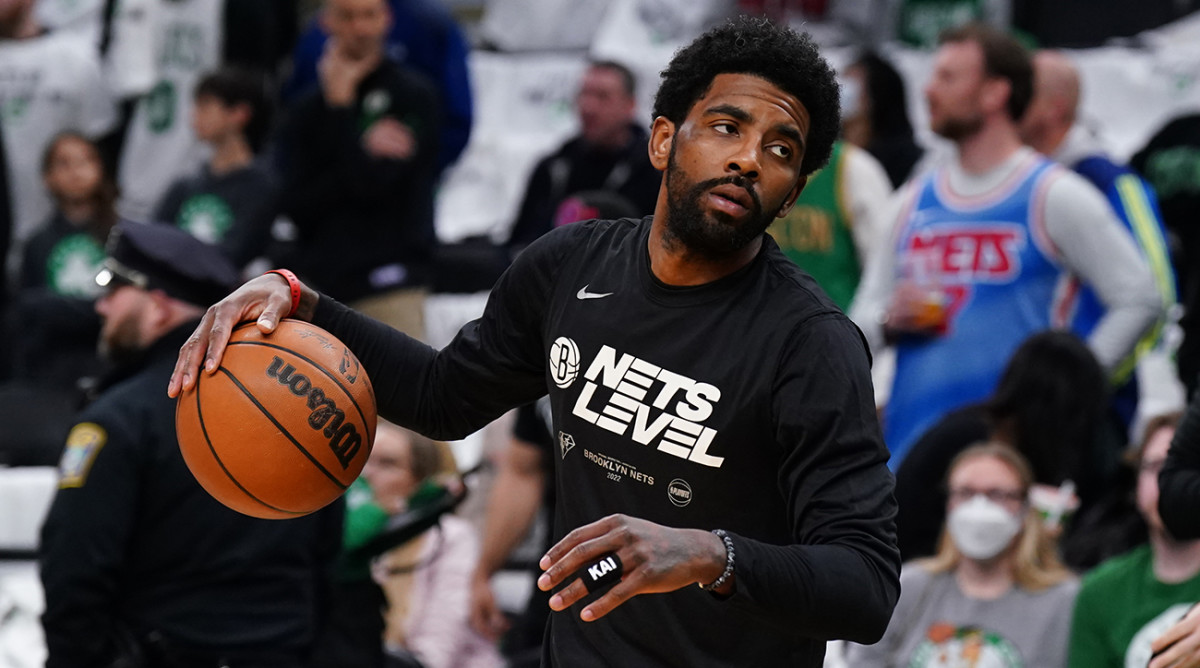 After Sunday’s 115–114 loss to the Celtics in Game 1 of their first-round playoff series, Nets point guard Kyrie Irving addressed several interactions he had with Boston fans during the game. Irving played for Boston from 2017 to 2019 before leaving for Brooklyn in free agency.

There were several instances caught on camera where Irving flipped Celtics fans the middle finger, and he was caught on video telling a fan “suck my d— b—-.”

“I’mma have the same energy for them,” he said. “And it’s not every fan, I don’t wanna attack every fan, every Boston fan. When people start yelling p—- or b—- and f— you and all this stuff, [there’s] just so much you can take.”

Irving also stressed how athletes are the ones who have to remain “humble” and “docile,” but he was clear that he would do no such thing. He added, “I’mma look at them straight in the eyes and see if they’re really ’bout it. Most of the time they’re not.”

In a follow-up question, Irving went back and forth with a reporter because Irving didn’t want to answer any more questions about his interactions with fans. He refused to label the environment as hostile, and when the reporter said this is the first time Irving has flipped off fans during a game, the star guard said, “This the first time you actually caught it because it’s a big-time game. ”

The drama started in the third quarter when Irving appeared to give the finger to fans after making a shot, but in a clip of the moment it’s unclear whether he raised his index or middle finger. However, he clearly gave fans the double birds in the fourth quarter and was caught on video.

The former Celtics point guard could get a hefty fine coming his way. It’s not the first time this season he’s gotten into it with fans of a former team, though. Irving was fined $25,000 in January after he was recorded telling a Cavaliers fan, “Got y’all a championship, mother——s still ungrateful.”