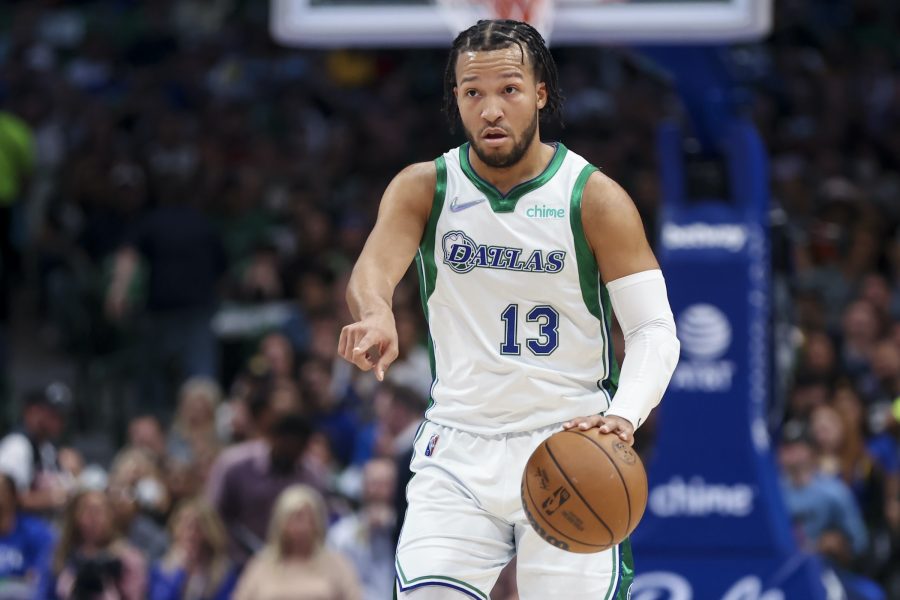 As Stein notes, the Knicks began shedding 2022/23 salary on draft night when they agreed to send Kemba Walker ($9.2MM) to Detroit and moved off their first-round pick, removing a projected cap hold of $4.5MM from next season’s books. They don’t have enough cap room yet to make Brunson a competitive offer, but there’s a growing belief they’ll be able to get there, Stein writes.

Sources tell Stein that the Knicks appearing to be preparing an offer in the range of $100MM over four years for Brunson.

The Mavericks have long expressed confidence in their ability to re-sign Brunson, with president of basketball operations Nico Harrison repeating that refrain on draft night, telling reporters that the Knicks’ efforts to create cap room didn’t come as a surprise, per Tim MacMahon of ESPN (Twitter link).

“Until he tells us that he doesn’t want to be here, we’re optimistic,” Harrison said.

However, according to Stein, the Mavs believed at the end of the season that a four-year offer in the range of $85-88MM would likely be enough to retain Brunson. That appears increasingly unlikely to be the case.

Dallas holds Brunson’s Bird rights and has the ability to offer any amount up to the maximum, plus a fifth year — the Knicks are limited to four years. But he’ll be an unrestricted free agent, so the Mavs won’t necessarily be able to retain him by matching or exceeding the Knicks’ offer.

Stein says there’s a growing belief among some people close to the situation that Brunson is interested in making the move to New York, where his former agent Leon Rose runs the Knicks’ front office and his father Rick Brunson was recently hired as an assistant coach.

According to Stein, the opportunity to take on a “new challenge and broadened responsibility” with the Knicks may appeal to the younger Brunson. Stein cites sources who say there’s “growing fear” within the Mavs’ organization about the point guard’s flight risk.

Rose virtually never holds media sessions and wouldn’t be able to publicly discuss Brunson anyway, but it’s worth noting that he put out an official statement on Friday discussing the Knicks’ draft-night moves — the phrase “increased financial flexibility” earned a prominent place in that statement explaining the team’s strategy (Twitter link via Ian Begley of SNY.tv).