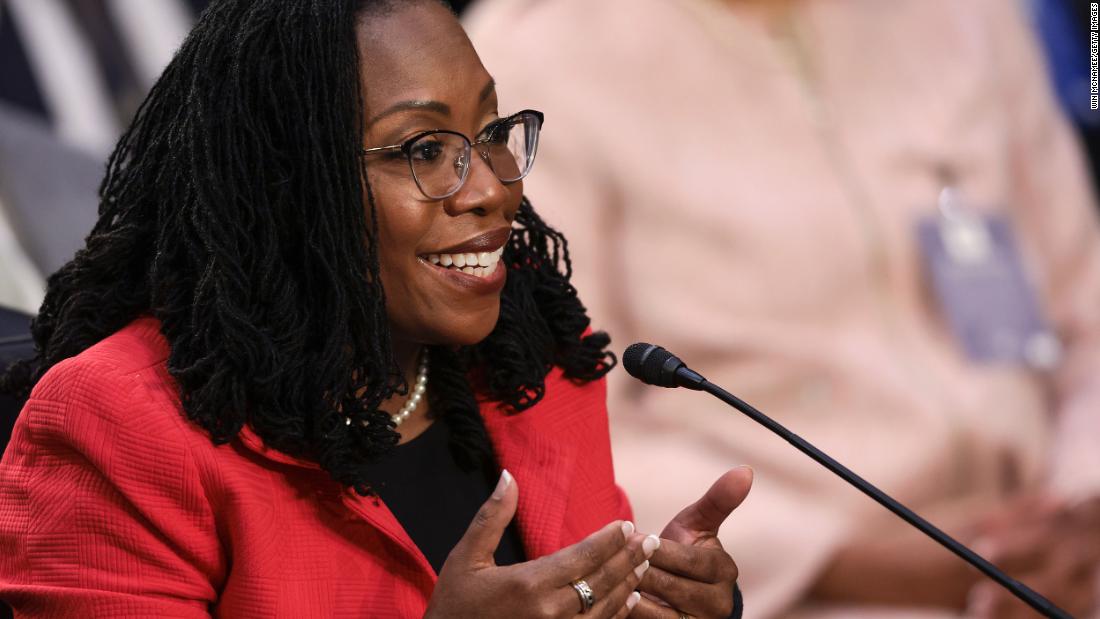 We are now at the halfway point of today’s questioning of Supreme Court nominee Ketanji Brown Jackson in the Senate Judiciary Committee.

The second day of her confirmation hearings kicked off at 9 am ET, and Jackson has been defending her judicial record as she’s faced intense questioning from Republican senators.

Republicans have attempted to portray the nominee as weak on crime by zeroing in on some of her past defense work and have raised questions over her judicial philosophy as they warn against activism, and prescribing policy outcomes, from the bench.

Jackson addressed and disputed those criticisms by stressing her concern for public safety and the rule of law, both as a judge and an American. She argued that she approaches her work in an impartial way and that personal opinions do not play a role.

When pressed by Sen. Chuck Grassley of Iowa, who serves as the top Republican on the Judiciary Committee, Jackson sidestepped a question related to whether she supported expanding the Supreme Court to include more than nine justices.

“It is a policy question for Congress,” she said. “I am particularly mindful of not speaking to policy issues because I am so committed to staying in my lane.”

Democrats have so far used the hearings to praise Brown — who would be the first Black woman to serve as a Supreme Court justice — as an exceptionally qualified, trail-blazing nominee whose depth and breadth of experience, including as a federal public defender, would add a valuable and unique perspective to the bench.

GOP Sen. Ben Sasse is questioning Jackson right now, and here’s who will question her next:

Senators may ask questions of the nominee for 30 minutes each, according to the schedule outlined by the committee. The questioning is expected to stretch late into the evening.