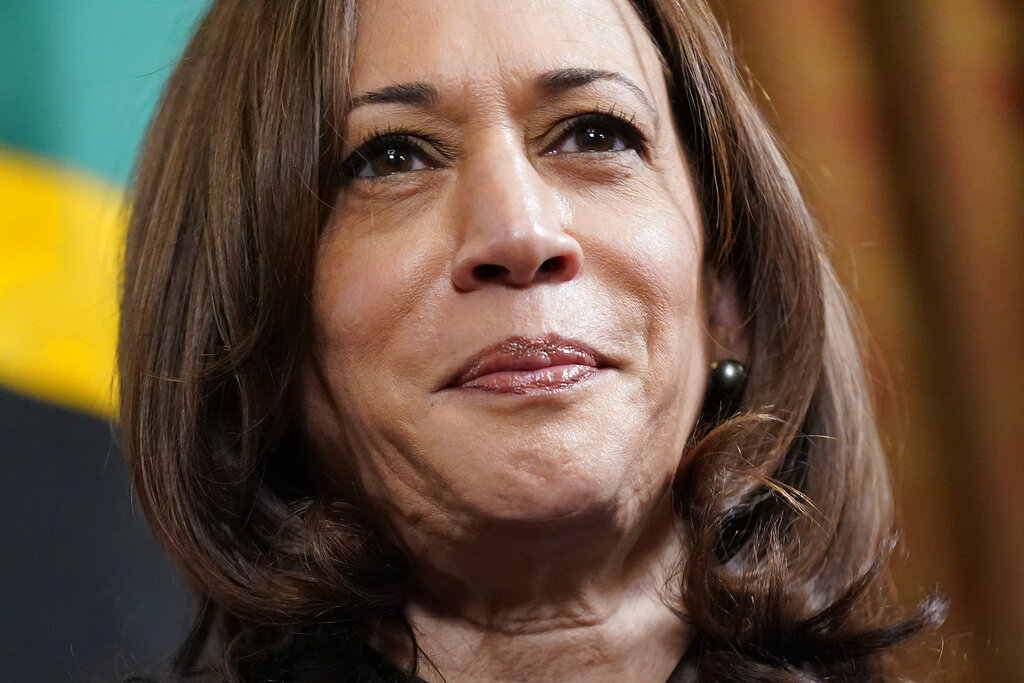 UPDATE, 8:27 PM PT: About $1 million was raised at a Democratic National Committee fundraiser headlined by Vice President Kamala Harris and held at the Brentwood home of Dana and Matt Walden.

About thirty people were at the event, including Ryan Murphy, JJ Abrams and Reggie Hudlin.

The vice president said that she was approaching the midterms with “a great sense of optimism,” even as current polls show that Democrats are in for tough time defending their majority.

She also said that Democrats will need to emphasize why people need to vote in November, in part by pointing to accomplishments like vaccine distribution, job growth, the child tax credit and the appointment of the first Black woman to the Supreme Court.

“Elections matter,” she said. “And so as we go toward this next election, let’s remind people that it matters, and that we are so well aware of the work that we still have yet to do.”

PREVIOUSLY: With Democrats facing a tough midterm cycle, Vice President Kamala Harris and Second Gentleman Doug Emhoff will be back in their Los Angeles hometown Monday night for a top-dollar fundraiser.

The event will be hosted by Walt Disney Television’s Dana Walden and her husband, producer Matt Walden, according to an invite. Tickets for a “supporter” level, in which donors write or raise, are $50,000, and $100,000 for a friend. Proceeds will go to the Democratic Grassroots Victory Fund, with money allocated to the Democratic National Committee and state party committees. Other co-hosts include Chrisette and Reggie Hudlin and Ryan Murphy and David Miller.

The event also will be Harris’ first in-person, official LA fundraiser since becoming Vice President, reflecting the gradual return to normalcy of the Hollywood ATM.

The group of co-hosts of tonight’s event were behind a pre-election virtual fundraiser headlined by Harris in 2020, a virtual event that garnered about $8 million.

The environment is much different this time around, as Democrats try to retain narrow congressional majorities against President Joe Biden’s underwater approval numbers and worries about inflation. Still, entertainment figures have continued to shower contributions to Democratic candidates. According to the Center for Responsive Politics, Democratic candidates and committees have collected $22.7 million from movies, TV and music donors so far this cycle, compared to just $2.7 million to Republicans. That’s a 89%-11% split. The amount of money going to Democrats already outpaces the 2014 cycle, the last time the party was on defense in a midterm year. In 2018, Democrats raised $36.1 million from industry sources by the end of the cycle, when the party retook the House.

Earlier today, Harris is scheduled to visit Vandenberg Space Force Base and then will deliver remarks on establishing norms for space.