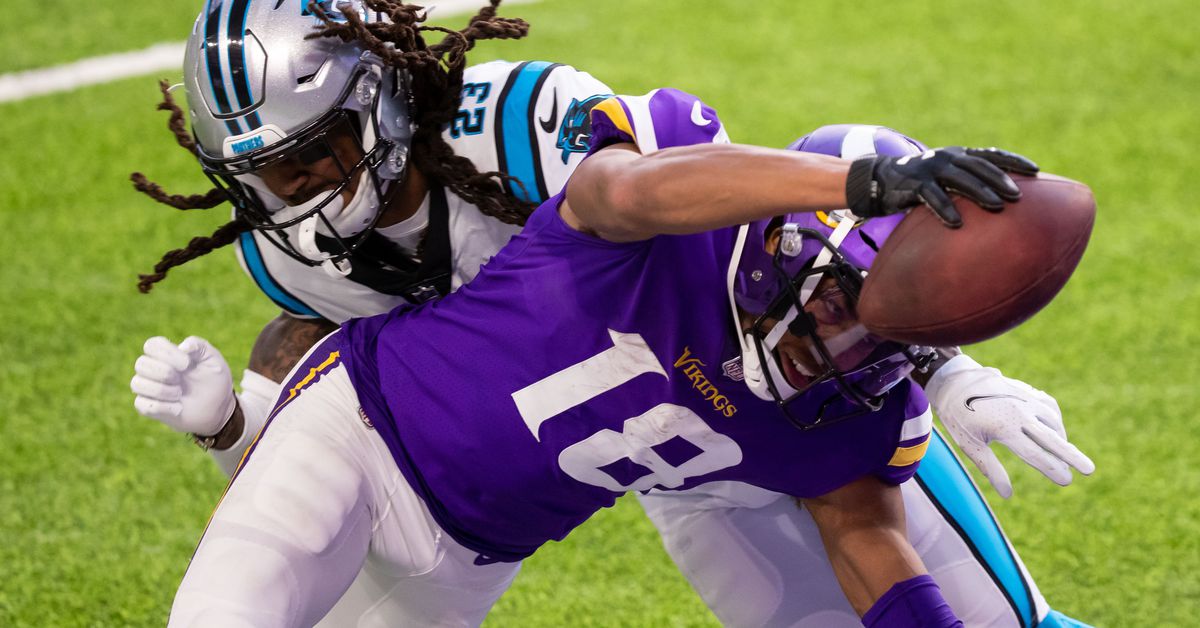 When you think of the Minnesota Vikings’ offense the past few years. . .and we’ll forgive you if you don’t really want to. . .it has generally been an offense that has been centered around the run game despite the presence of great wide receivers like Stefon Diggs, Adam Thielen, and Justin Jefferson. But, with new head coach Kevin O’Connell calling the shots, it doesn’t look like that’s going to be the case any longer, and Jefferson appears to be pretty excited about it.

In a conversation with Patrick Claybon of the NFL Network, Jefferson declared that the Vikings’ offense is going to be quite different from what we’ve become used to.

“Our offensive style, it’s not a run-first offense anymore,” Jefferson said. “Just us being able to put different people in different positions and distribute the ball, really. I’m so excited in this offence. Us just being in OTAs, learning the plays, going through it with our defense, and stuff.

“We’re all excited. We’re all happy to have (O’Connell). It’s definitely a different vibe, a different connection in the building with him there. We’re just excited to start it up, really. We want to see how this season really turns out for us.”

It makes sense that Jefferson is excited about what this Vikings’ offense could potentially be. O’Connell was part of an offense that generated a whopping 191 targets for Cooper Kupp last season as he won the NFL’s receiving Triple Crown, leading the league in receptions, receiving yardage, and receiving touchdowns. Jefferson certainly has the talent to be featured in a similar role in the Vikings’ offense and O’Connell would be wise to deploy him that way.