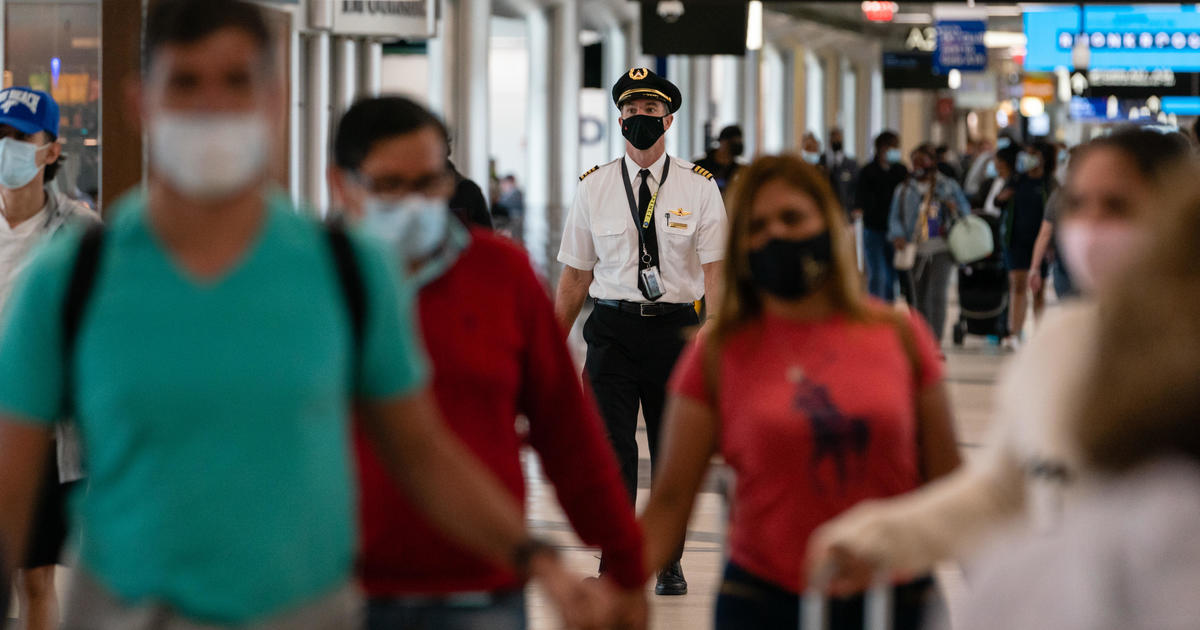 The Justice Department has filed an appeal that seeks to reverse a judge’s recent ruling that ended the nation’s mask mandate on public transit. The Centers for Disease Control and Prevention had asked the department to appeal the decision, issuing a statement Wednesday that said the mandate “remains necessary for the public health.”

“CDC continues to recommend that people wear masks in all indoor public transportation settings,” the CDC’s statement continued. “CDC’s number one priority is protecting the public health of our nation. As we have said before, wearing masks is most beneficial in crowded or poorly ventilated locations, such as the transportation corridor.”

The Justice Department said Tuesday it would appeal US District Judge Kathryn Kimball Mizelle’s decision only if the CDC said the mandate was still necessary. The department said Tuesday that it disagreed with the district court’s decision, and upon filing the appeal, Justice Department spokesman Anthony Coley issued a statement Wednesday saying, “In light of today’s assessment by the CDC that an order requiring masking in the transportation corridor remains necessary to protect the public health, the Department has filed a notice of appeal in Health Freedom Defense Fund, Inc., et al., v. Biden, et al.“

On Monday, Mizelle voided the CDC’s requirement covering airplanes and other public transit, ruling that the mandate exceeded the authority of US health officials. In the aftermath, the Transportation Security Administration said it would no longer enforce the mandate.

The judge’s decision came days after the CDC had extended the mask mandatewhich had been set to expire Monday, by two weeks to give researchers more time to study the Omicron subvariant BA.2.

However, the response to the ruling has been varied. Some cities, including New York City and Philadelphia, still require masks to be worn in airports and on public transportation, while others, such as Houston and Atlanta, do not. even airlines now have differing rules for masking, although most now say masks are optional for passengers. Amtrak has also said masks are no longer required on trains or in stations.

Asked Tuesday if people should still wear masks on planes, President Biden replied: “That’s up to them,” according to The Associated Press.

Dr. Céline Gounder, an infectious disease expert and editor-at-large for Kaiser Health News, told “CBS Mornings” that the CDC’s extension was the “appropriate” and “cautious” approach.

“We know that this virus mutates. In fact, it’s mutating very rapidly,” she said. “We will see more variants, and we will see other pandemics after COVID. So I do think the idea of ​​stripping ourselves of an essential tool and toolbox is a really bad idea.”

Sophie Reardon is a News Editor at CBS News. Reach her at sophie.reardon@viacomcbs.com