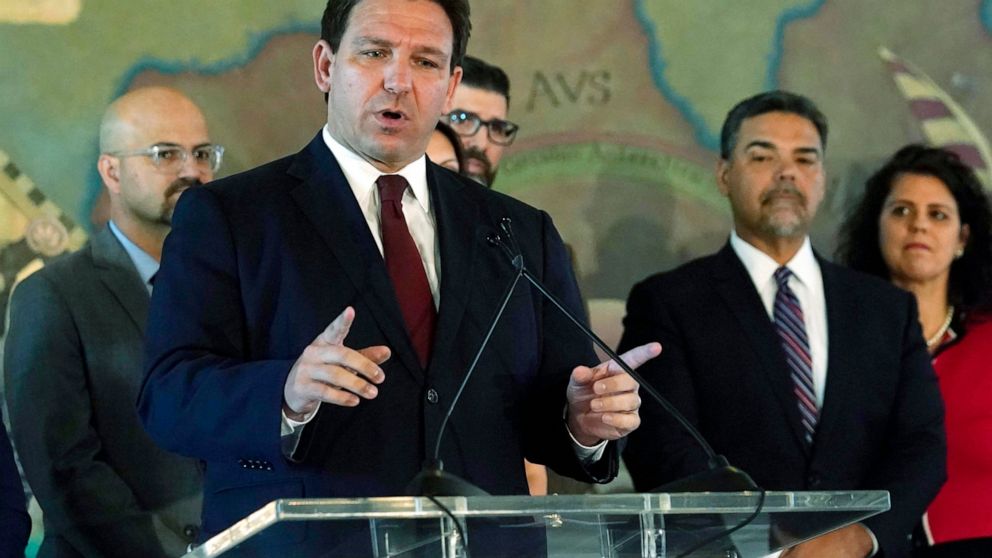 A state judge has ruled that a congressional map approved by Florida Republican Gov. Ron DeSantis and drawn by his staff is unconstitutional because it breaks up a district where Black voters can choose their representatives

TALLAHASSEE, Fla. — A congressional map approved by Florida Republican Gov. Ron DeSantis and drawn by his staff is unconstitutional because it breaks up a district where Black voters can choose their representatives, a state judge said Wednesday.

Leon County Circuit Judge Layne Smith said he would issue a formal order Thursday or Friday to keep the maps from taking effect in November’s election. He made it clear he would rule in favor of voting rights groups challenging the maps.

The challenge focuses on a north Florida district now held by Democratic US Rep. Al Lawson. The district runs from Jacksonville west more than 200 miles (322 kilometers) to Gadsden County and nearly half of its population is Black.

“The judge recognizes that this map is unlawful and diminishes African Americans’ ability to elect representatives of their choice,” Lawson said in a statement emailed to news outlets. “DeSantis is wrong for enacting this Republican-leaning map that is in clear violation of the US and state constitutions.”

DeSantis’ proposal prompted a protest by Black House members as the chamber was preparing to vote on the maps.

Smith said he will issue his order as soon as he can so the state can immediately appeal it. It may be the conservative state Supreme Court that ultimately resolves the dispute.

DeSantis’ office confirmed it will appeal.

“As Judge Smith implied, these complex matters of law were always going to be decided at the appellate level,” DeSantis spokeswoman Taryn Fenske said in an email. “We will undoubtedly be appealing his ruling and are confident the constitutional map enacted by the Florida legislature and signed into law passes legal muster.”

Smith said that while the DeSantis map is more compact, the issue of allowing Black voters to choose their representatives is more important.

“The district that has since been enacted and signed into law by the governor does disperse 367,000 African American votes between four different districts,” Smith said in a video call with both sides. “The African American population is nowhere near a majority or a majority .”

“No Floridian – including Governor DeSantis – is above the law,” Equal Ground founder Jasmine Burney-Clark said in a statement emailed to news outlets. “This is one step forward in the fight to protect Black voters, and we will keep doing everything in our power to ensure our voices are heard.”

The governor’s office drew up a map it described as neutral on race and party affiliation, and which it said abided by both the state and federal constitutions.

Smith said his ruling will be based on the state constitution, not the US Constitution.

Qualifying for federal office will run from June 13-17.

This story has been edited to correct a word in the judge’s quote to “nowhere,” not “no way.”