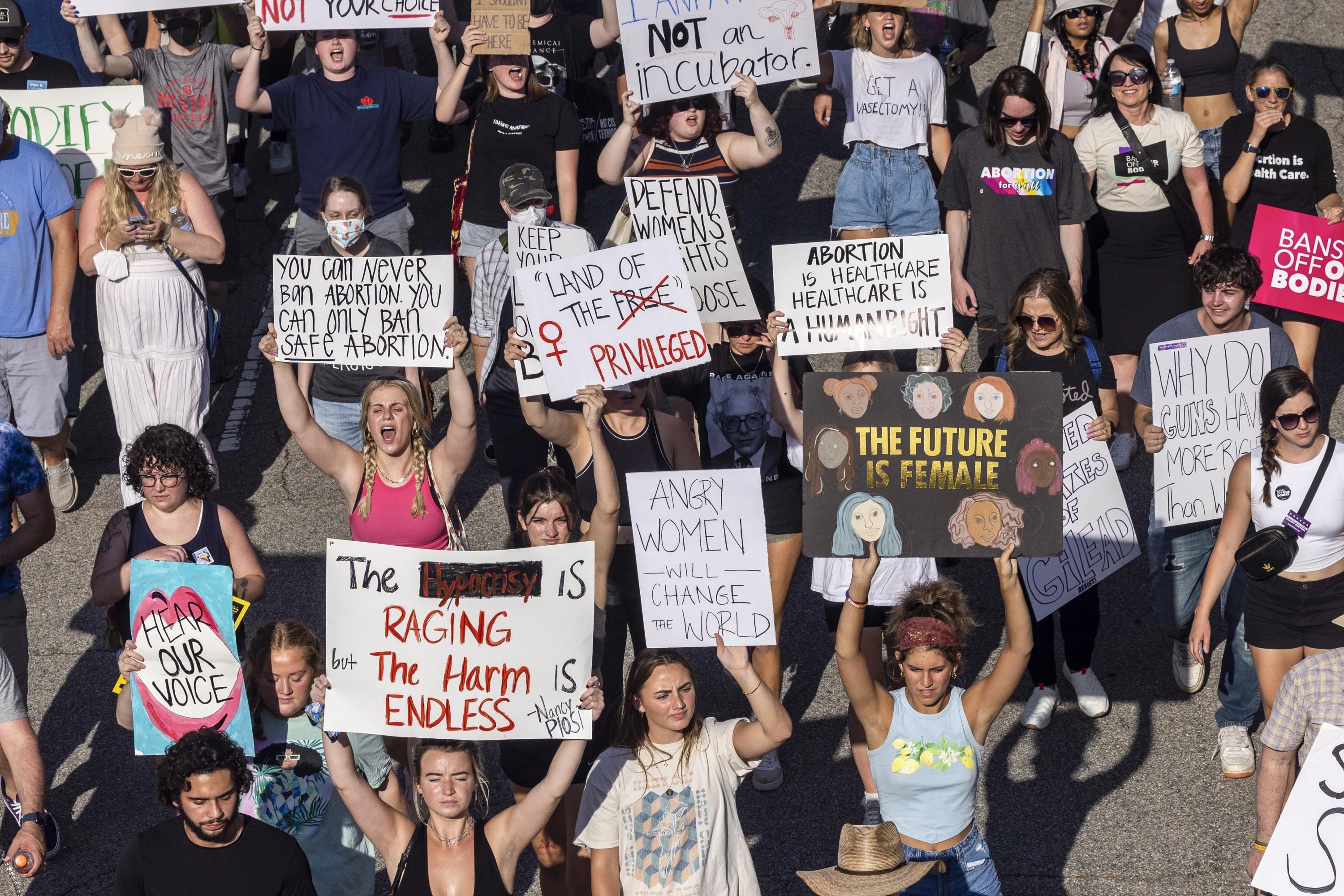 RALEIGH, NC (AP) — Abortions in North Carolina are no longer legal after 20 weeks of pregnancy, a federal judge ruled Wednesday, eroding protections in one of the South’s few remaining safe havens for reproductive freedom.

US District Judge William Osteen reinstated an unenforced 20-week abortion ban, with exceptions for urgent medical emergencies, after he said the June US Supreme Court decision overturning Roe v. wade erased the legal foundation for his 2019 ruling that placed an injunction on the 1973 state law.

His decision challenges the recommendations of all named parties in the 2019 case, including doctors, district attorneys and the attorney general’s office, who earlier this month filed briefs requesting he let the injunction stand.

“Neither this court, nor the public, nor counsel, nor providers have the right to ignore the rule of law as determined by the Supreme Court,” wrote Osteen, who was appointed to the court by Republican President George W. Bush.

Unable to pass abortion restrictions that would survive Democratic Gov. Roy Cooper’s veto, the Republican General Assembly leaders urged Osteen to restore the ban in a July 27 friend-of-the-court brief after the state’s Democratic attorney general, an outspoken abortion rights supporter, rejected their request that he brings the ban before a judge himself.

“I am encouraged that, although our attorney general has failed to do his duty, today we have a ruling that upholds the law,” House Speaker Tim Moore said, referring to North Carolina Attorney General Josh Stein.

Osteen’s ruling adds fuel to an already contentious midterm election year after the Supreme Court ruling propelled state-level politics into the spotlight. North Carolina Republicans in November will aim to clinch the five additional seats they need for a veto-proof supermajority in the state legislature as Democrats stave off their challenges to preserve Cooper’s power.

Republican lawmakers say a successful election season could open the door to further abortion restrictions when the General Assembly reconvenes early next year. Moore told reporters on July 26 that he would like to see the legislature consider banning abortions once an ultrasound first detects fetal cardiac activity — typically around six weeks after fertilization and before some patients know they’re pregnant.

Cooper and other Democrats have already elevated abortion access as a key campaign issue. The governor signed an executive order on July 6 shielding out-of-state abortion patients from extradition and prohibiting state agencies under his control from aiding other states’ prosecutions of those who travel for the procedure.

“Denying women necessary medical care in extreme and threatening situations, even if rare, is fundamentally wrong, and we cannot let politicians mislead people about the real-world implications of this harmful law,” Cooper said Wednesday.

North Carolina has become a refuge for residents of its more restrictive neighboring states, like South CarolinaGeorgia and Tennesseewhere abortions are now illegal after six weeks.

Before Osteen’s ruling, abortions were legal in North Carolina until fetal viability, which generally falls between 24 and 28 weeks of pregnancy, or in certain medical emergencies.

As other Southeastern states continue to chip away at abortion access, Alison Kiser, executive director of Planned Parenthood Votes! South Atlantic, said limiting treatment in “a critical access point state” like North Carolina will have ripple effects across the region.

The number of out-of-state patients at North Carolina’s Planned Parenthood health centers has tripled since the Supreme Court ruling, Kiser said. So far in August, 36% of abortion patients traveled from other states, up from 14% in June.

But Republicans argue little will change with the 20-week ban back in place. In 2019, fewer than 1% of abortions nationwide were performed after 20 weeks of gestation, consistent with data from previous years when abortion access was protected at the federal level, according to the Centers for Disease Control and Prevention.

“Abortions after 20 weeks are rare, but it’s still incredibly important that people have access to this care,” Kiser said. “The two primary reasons people need abortion care later in pregnancy is because they’ve received new medical information or, and ever more so now, they’re facing barriers that have delayed their care.”

The 2015 bill also amended the state law that Osteen reinstated Wednesday, narrowing the criteria for medical emergencies that could warrant an abortion after 20 weeks.

Hannah Schoenbaum is a corps member for the Associated Press/Report for America Statehouse News Initiative. Report for America is a nonprofit national service program that places journalists in local newsrooms to report on undercovered issues. Follow her on Twitter at twitter.com/H_Schoenbaum.