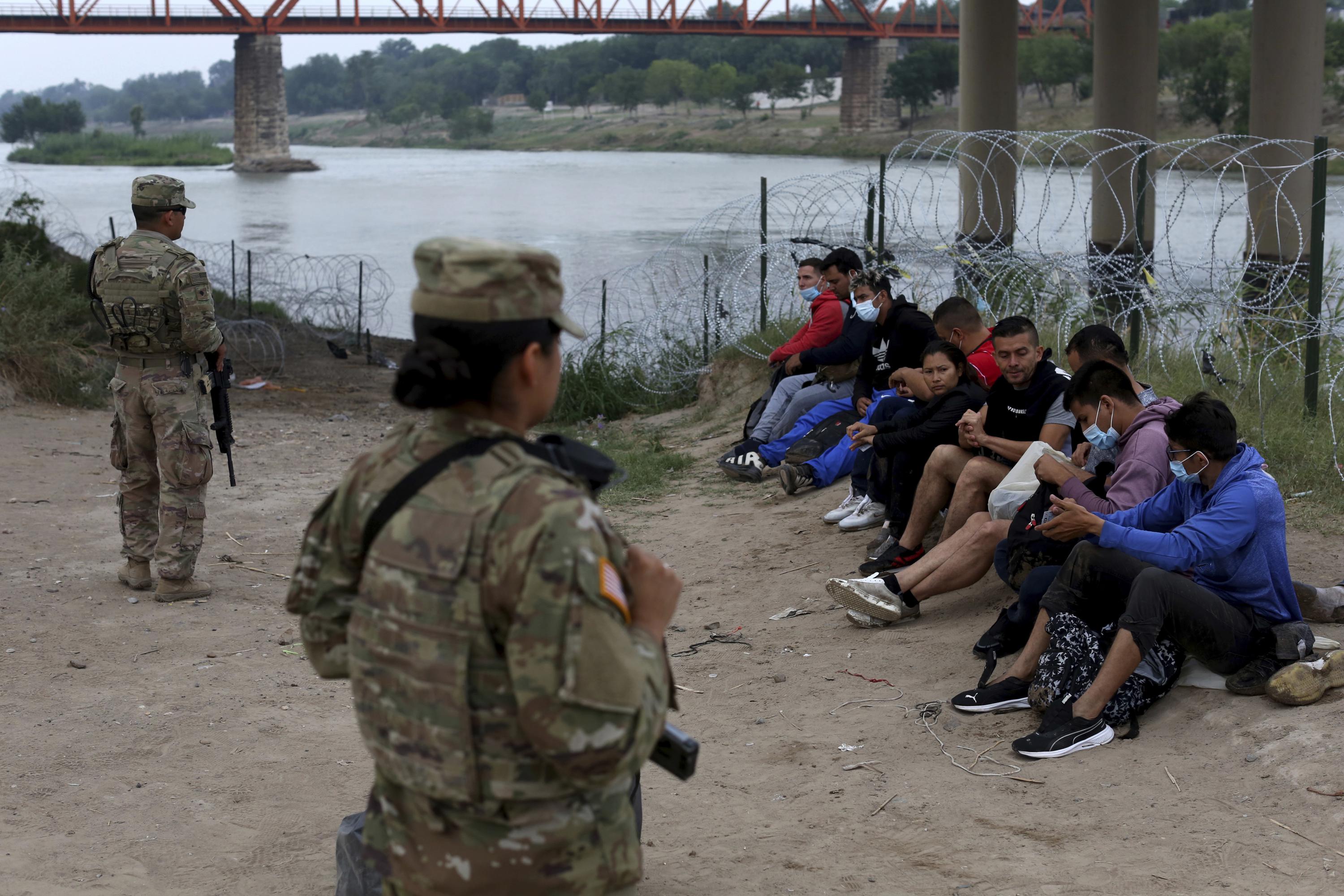 NEW ORLEANS (AP) — Pandemic-related restrictions on migrants seeking asylum on the southern border must continue, a judge ruled Friday in an order blocking the Biden administration’s plan to lift them early next week.

The ruling was just the latest instance of a court derailing the president’s proposed immigration policies along the US border with Mexico.

The Justice Department said the administration will appeal, but the ruling virtually ensures that restrictions will not end as planned on Monday. A delay would be a blow to advocates who say rights to seek asylum are being trampled, and a relief to some Democrats who fear that a widely anticipated increase in illegal crossings would put them on the defensive in an already difficult midterm election year.

In Tijuana, Mexico, Yesivet Evangelina Aguilar, 34, cupped her face in her hands and sobbed when she learned of the decision from an Associated Press reporter. “I feel like there is no hope left,” said Aguilar, who fled the Mexican state of Guerrero nearly a year ago after her brother was killed. “It feels so bad.”

Aguilar was blocked by US authorities from applying for asylum when she and her 10-year-old daughter went to the Tijuana-San Diego port of entry nine months ago. On Friday, she was lying in a tent at a Tijuana shelter where scores of migrants are camped. Some have been there for months or years. Aguilar’s life in waiting has been not only tedious but dangerous. On Thursday night, a fellow migrant was shot in the neck by a stray bullet from a shootout outside the shelter.

Migrants have been expelled more than 1.9 million times since March 2020 under Title 42, a public health provision that denies them a chance to request asylum under US law and international treaty on grounds of preventing the spread of COVID-19.

US District Judge Robert Summerhays in Lafayette, Louisiana, ordered that the restrictions stay in place while a lawsuit led by Arizona and Louisiana — and now joined by 22 other states — plays out in court.

Summerhays sided with the states in ruling that President Joe Biden’s administration failed to follow administrative procedures requiring public notice and time to gather public comment on the plan to end the restrictions. And he said the states made the case that they would suffer harm if the restrictions end.

The judge cited what he said were the government’s own predictions that ending the restrictions would likely increase border crossings threefold, to as many as 18,000 daily. That, he added, would result in more migrants being processed in congregate settings where contagious disease can be spread. “The record also includes evidence supporting the Plaintiff States’ position that such an increase in border crossings will increase their costs for healthcare reimbursements and education services. These costs are not recoverable,” Summerhays wrote.

The White House said it disagreed with the ruling but would comply while it is appealed. “The authority to set public health policy nationally should rest with the Centers for Disease Control, not with a single district court,” White House Press Secretary Karine Jean-Pierre said in a statement.

The case goes next to the New Orleans-based 5th US Circuit Court of Appeals, which has ruled against key Biden administration policies in the past. The court is dominated by Republican nominees, including six nominated by former President Donald Trump, who also nominated Summerhays.

Title 42 largely affects people from Mexico, Guatemala, Honduras and El Salvador, many of whom have been waiting in Mexican border towns after being denied the right to seek asylum by the US government. Mexico has agreed to accept migrants from those three Central American countries who were turned back by the US and last month also started taking in limited numbers of Cubans and Nicaraguans.

About 15 migrants crossed the Río Grande to Eagle Pass, Texas, in waist-deep water minutes after the ruling Friday. They included Nicaraguans who were unaware of Title 42 and who were pleased that people from their country were generally spared from the policy.

“Thank God we have that advantage,” said Maynor Zuniga, 25, who was all smiles while waiting under an international bridge to Piedras Negras, Mexico, for Border Patrol agents to arrive.

Title 42 is the second major Trump-era policy to deter asylum at the Mexican border that was jettisoned by Biden, only to be revived by a Trump-appointed judge.

“Title 42 may only be used for public health purposes, but the States that brought this lawsuit appear to care only about COVID restrictions when they involve asylum seekers and are using the case as a transparent attempt to manage the border,” said Lee Gelernt. “That hypocrisy should not be rewarded.”

Rep. Raul Ruiz, a Democrat from California and chair of the Congressional Hispanic Caucus, said the ruling was “outrageous, ridiculous, and eroded our asylum system.”

“The Courts are once again getting it right,” said North Dakota Republican Sen. Kevin Cramer.

Even some in Biden’s party supported keeping the pandemic restriction in place.

“Today’s decision does not change the fact that there is a crisis at the border and there must be a detailed plan that can be implemented before Title 42 is lifted,” said Sen. Mark Kelley, an Arizona Democrat who is facing a tough re-election challenge.

Last month, the US Supreme Court heard arguments on whether to allow the administration to force asylum-seekers to wait in Mexico for hearings in US immigration court. That case, challenging a policy known as “Remain in Mexico,” originated in Amarillo, Texas. It was reinstated in December on the judge’s order and remains in effect while the litigation plays out.