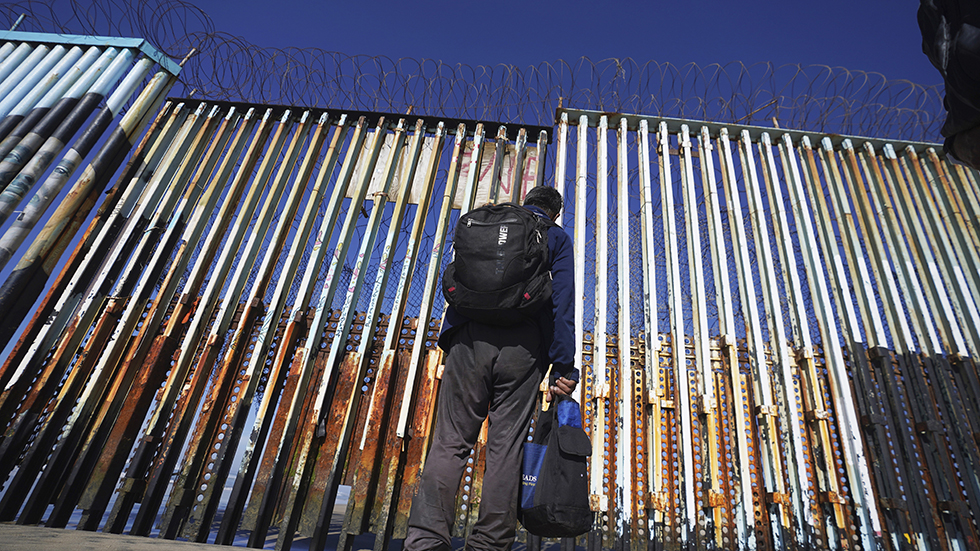 A federal judge in Louisiana on Friday temporarily stopped the Biden administration from ending Title 42, the Trump-era border management policy that allowed officials to quickly expel nationals at the border under foreign pandemic conditions.

US District Court Robert Summerhays granted a nationwide preliminary injunction to a group of GOP state attorneys general challenging the policy change. Summerhays, who was appointed by former President Trump, ruled that the Biden administration cannot roll back the policy while the broader legal challenge plays out in court.

Summerhays ruled that the Centers for Disease Control (CDC) improperly circumvented a process to allow for public input before issuing an order to terminate the program.

“The Plaintiff States have demonstrated harm that will result from the Termination Order and that, despite the impact of the order on the states, they were not able to protect their interest by participating in the notice-and-comment process,” the judge wrote .

That ruling reflects the tenor of rulings against the Trump administration’s immigration initiatives — notably the terminations of Deferred Action for Childhood Arrivals and Temporary Protected Status designations — issued after lawsuits by blue states against the federal government.

“Today’s ruling is a significant win as Title 42 is one of the few policies that is actually working,” Arizona Attorney General Mark Brnovich (R), one of the lead plaintiffs in the case, said in a statement. “I’m grateful to the court for upholding the rule of law and helping maintain some level of sanity as we continue to battle the Biden-made border crisis.”

“We are gratified that the District Court has issued this Preliminary Injunction to stop the Biden Administration from rescinding Title 42 and turning our already unimaginably catastrophic border nightmare into an even more unimaginable hellscape,” said Miller.

The injunction is a legal victory for the GOP states that brought suit, but it could also help the Biden administration ease political pressure on immigration, as high numbers of crossings are expected to continue throughout the summer.

The White House and CDC did not immediately respond when asked for comment.

Most border and immigration experts do not believe that Title 42 in itself was an effective border management tool, and its effectiveness as a public health policy was broadly questioned from its inception.

“Title 42 is a public health regulation, not an immigration policy. Upon the rise of COVID, former Trump Administration anti-immigrant policy guru Stephen Miller used Title 42 to justify dismantling the asylum system. This was a central front in the Trump-Miller war on immigrants,” said David Leopold, a legal advisor to America’s Voice and former president of the American Immigration Lawyers Association.

“Today’s ruling also is a reminder that the anti-immigrant judicial pipeline remains strong. Trump-friendly state attorneys general and other politicians continue to find a route through Trump-friendly judges and courts and through Trump-friendly courts of appeal to thwart policy changes, sometimes appealing all the way to the Trump-friendly Supreme Court. This now-established pipeline imperils democratic policymaking and furthers the political and ideological goals of a right wing minority on immigration,” added Leopold.

Title 42 also allows US officials to expel migrants before they are given a chance to claim asylum, contravening US and international immigration laws.

“Beyond the devastating humanitarian impact of Title 42, the court’s ruling also fails to recognize well-established domestic and international law. Seeking asylum is a legal right, and yet this bedrock of the American legal system is quickly eroding at a time of unprecedented need.”

Title 42 had taken on new life as the left called on the Biden administration to rescind the policy and the right uplifted it as a proxy for a Trumpist vision of border control.

But some border Democrats and some vulnerable Senate Democrats had come out against prematurely ending the policy, fearing that lifting Title 42 would spur a larger migration surge at the border.

Texas Democrats in the Rio Grande Valley were especially sensitive to the proposed rescission, as their districts have historically borne a larger part of the social cost of receiving asylum seekers.

While immigration, legal or illegal, has been shown not to increase crime, border communities are often burdened with the lion’s share of increased pressure on local services brought about by the agglomeration of people.

“I have made my concerns regarding the facelift of Title 42 very clear. The Administration needs to ensure that they have the proper resources at the Southern Border so that our local communities and organizations are not left out of the conversation,” said Rep. Vicente Gonzalez (D-Texas).

“I have remained in contact with Secretary Mayorkas as well as local leaders to make sure that if and when Title 42 is lifted, we continue the humane treatment of migrants looking to come into the United States while remaining committed to the health and safety of the people we are sworn to represent,” González added.

Friday’s ruling by Summerhays was widely expected, and will likely maintain Title 42 in place until well after November’s midterm elections.

Still, the ruling angered many Democrats who had celebrated the Biden administration’s decision to end Title 42.

“Today’s federal court ruling on Title 42 is outrageous, ridiculous, and eroded our asylum system. Title 42 is a public health emergency policy that can be initiated and ended by an administration. It is not a way to manage the border. Furthermore, Title 42 denies asylum seekers their legal rights under American law to due process in the US and goes counter to international humanitarian norms and values,” said Congressional Hispanic Caucus Chair Raúl Ruiz (D-Calif.).

While Friday’s action alone is unlikely to be enough to redraw the battle lines on one of the election’s core issues, it will give the Biden administration some leeway to enforce Title 42 selectively without the option to fully lift the policy.

Over the policy’s two-year lifespan, more than half of which has been managed by the Biden administration, the policy has been primarily used to quickly expel Mexican, Guatemalan, Honduran, Salvadorean and Ecuadorian single men.

In 2020, a federal judge blocked the Trump administration from using the policy to expel unaccompanied children, and the Biden administration has been reducing its usage against family units after initially taking a more aggressive approach in early 2021.

The Biden administration also exempted Ukrainians from Title 42, allowing more than 20,000 migrants from the war-torn nation to apply for asylum in April.

Much of the criticism levied against Title 42 has rested on its unequal application against different demographic groups, despite its presumptive grounding in public health policy.

For instance, while a comparatively small number of Haitians have been expelled under Title 42, the Biden administration has been relentless in its efforts to quickly expel Haitian nationals back to the troubled Caribbean nation.

That’s led to accusations that race and ethnicity play a role in the implementation of Title 42, adding to pressure from the left to fully rescind the measure.

“The outpouring of support for Ukrainians shows that should the US government muster the political will, it is possible to manage large numbers of asylum seekers at the border in an orderly and humane way,” said Oscar Chacón, executive director of Alianza Americas.

“Non-White asylum seekers and migrants also need a humanitarian response. Instead, we are deporting them in chains.”

Still, the Biden administration has aggressively used Title 42 as a means to ease pressure on its limited border management resources.

According to data compiled by the Washington Office on Latin America, the Biden administration each month processes about half of all migrants encountered under Title 42, meaning those migrants are expelled without access to asylum.