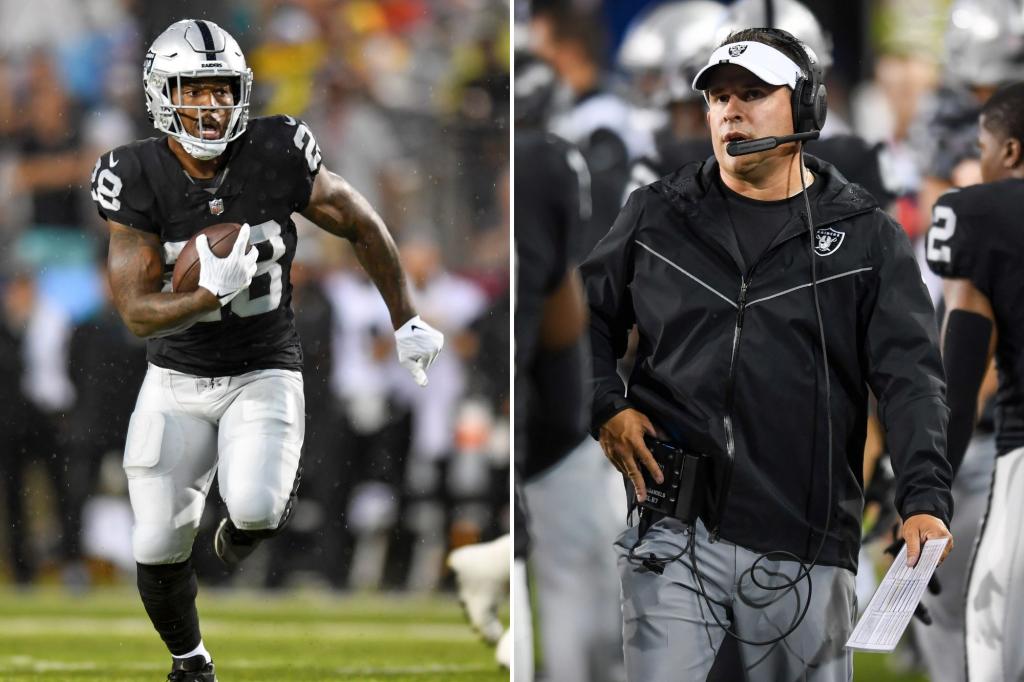 The annual Hall of Fame game is typically a showcase for NFL teams’ rookies, fourth-stringers and players who face an uphill battle to make the roster. Which is why many fans were shocked when the Raiders wheeled out former Pro Bowl running back Josh Jacobs against the Jaguars – for two series.

The 24-year-old running back was on the field to start the game for Las Vegas, and took a handoff on the second play of the game that went for 12 yards and a first down. A surprise, but maybe new head coach Josh McDaniels wanted to keep his star players active as the season approaches.

But then, Jacobs stayed on the field for another series. He ended up touching the ball seven times – five carries for 30 yards and two catches for 14 additional yards. By the time he was taken off the field, many were wondering why a player whom many thought would be heavily featured in the regular season was getting so much work.

McDaniels, hired in the offseason from the Patriots, explained Jacobs’ usage after the game ended, and appeared to play it off.

“I always think it’s good for (running) backs to carry the ball in the preseason,” McDaniels told The Athletic.

But could Jacobs have something to prove to a new coaching staff and McDaniels having little attachment to the players on the roster he inherited? Derek Carr, Davante Adams, Hunter Renfrow and Darren Waller – the team’s other star skill position players – didn’t sniff the field. The Raiders also declined Jacobs’ fifth-year option in the offseason, making this a contract year for the Alabama product.

The Raiders drafted running back Zymir White out of the University of Georgia in the fourth round of the 2022 NFL Draft, who took a bulk of the remaining carries in the game, while also catching three passes. It makes much more sense to have him play in the Hall of Fame game, since he’s a rookie, but many speculated that he may be telling of a split in carries once the regular season comes around.

It’s the first preseason game of the year, and it’s always dangerous to overreact to these meaningless exhibitions, but this felt like the biggest takeaway from Thursday’s game.

The Raiders ended up winning the game handily, 27-11, over the Jaguars.