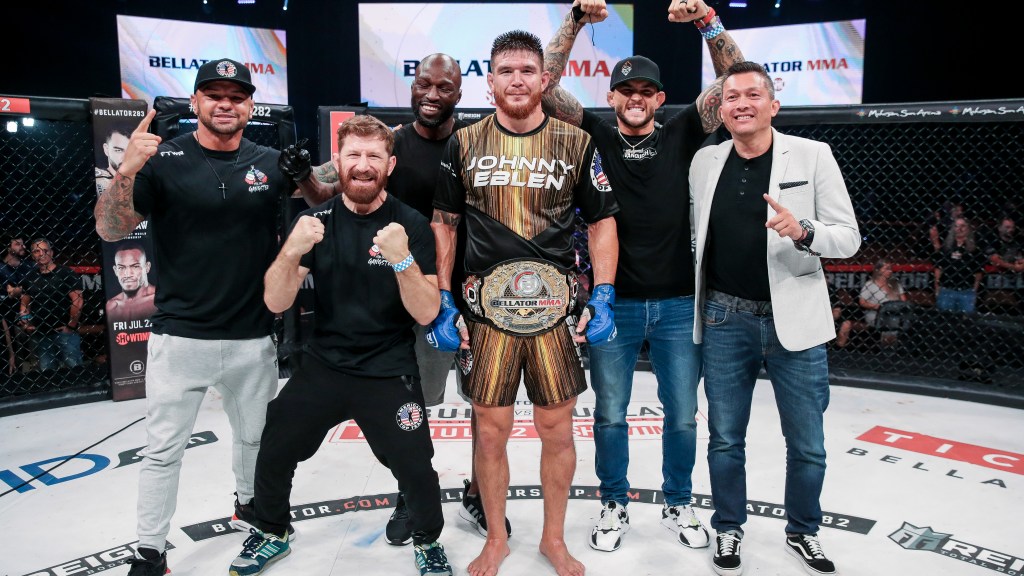 The opening round started out slow, but quickly burst into pandemonium when Eblen rocked Mousasi with a near-fight-ending right forearm to the nose. Mousasi grabbed hold of the former collegiate wrestling standout, only to be out grappled for much of the round. Once back up on the feet, Mousasi found some success before the round ended.

The confidence oozed out of Eblen, who even showboated a little bit to the crowd. Mousasi appeared to stun Eblen with a combination, but once again the collegiate wrestling background of the American shined through. He took Mousasi to the mat and made it difficult.

Mousasi worked back up, but was consistently met with hard shots from Eblen, who proved he had more than wrestling up his sleeve.

In Round 3, Eblen found his rhythm in the back half of the round after a competitive first half. Eblen landed big shots, particularly his overhand right that sent sweat from Mousasi spraying out of the chainlink on each connection. Mousasi pumped his jab and found success with it, but it was followed by another stretch of Eblen’s success.

The championship rounds saw Eblen get another takedown. He eventually worked to the back and looked for a rear-naked choke. Mousasi escaped and got up, only to be taken down again.

In Round 5, Mousasi had perhaps his best stretch of offense in the bout. Unfortunately for him, he promptly came to a halt when Eblen took him down again. An exhausted Mousasi slowly but surely worked his way up as the clock tick-tocked.

With the victory, Eblen remains undefeated and becomes the Bellator middleweight champion. Prior to Friday, he only had one other win over a Bellator-ranked fighter, John Salter. Eblen signed with Bellator in 2019 with a 4-0 record, accumulated after a successful wrestling career at the University of Missouri.

As for Mousasi, the loss is only his second in 15 outings dating back to the beginning of 2016. The only other man to defeat Mousasi at that time was Rafael Lovato Jr., who won the title from him and retired prematurely due to health issues . The loss snaps a four-fight winning streak.

The full Bellator 282 results include: