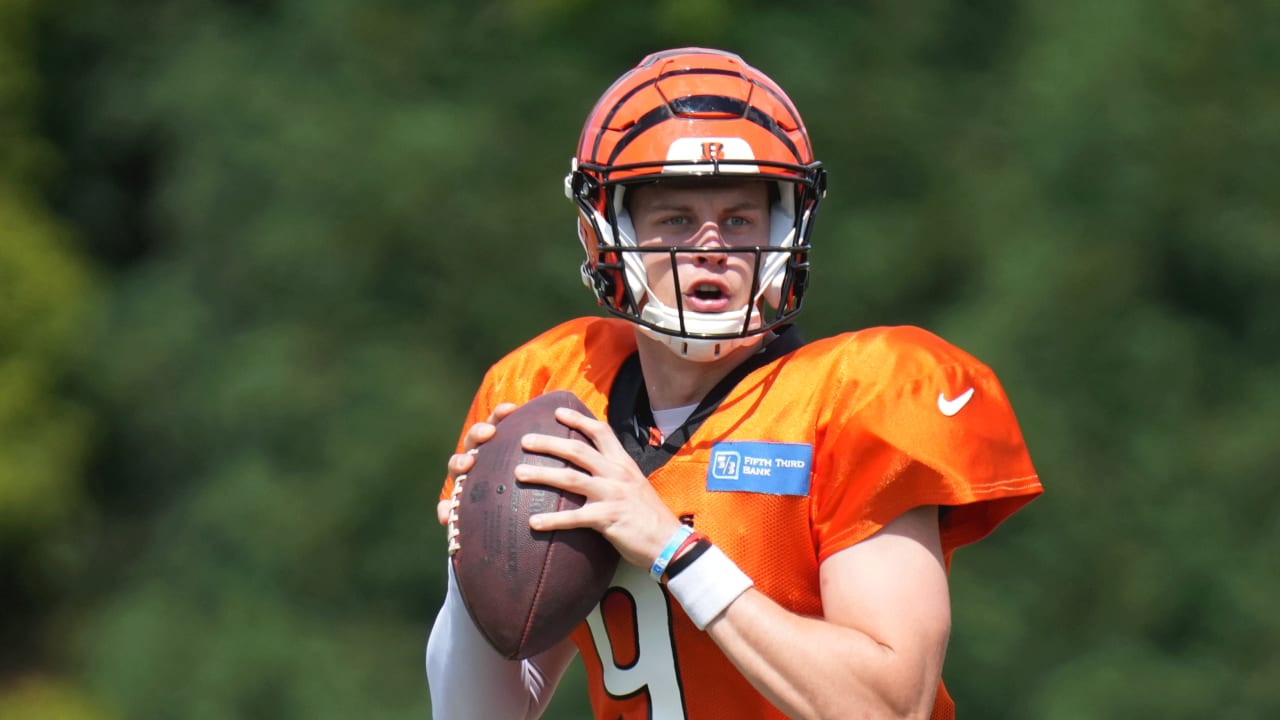 “It’s all the same to him,” said Bengals head coach Zac Taylor.

Uzomah is with the Jets now and the offense is just tinkering with responses to different looks. But when the Bengals defense loaded up and sent everyone on Wednesday on a zero blitz, Burrow made another check and found the best slot receiver in the league hooked up against the NFL’s best slot cornerback.

Tyler Boyd vs. Mike Hilton. This time Boyd won when Burrow gunned it down the seam. Boyd got behind Hilton ever so slightly, snatched it and was gone for six because Hilton had no help.

“He sees it too well,” said offensive coordinator Brian Callahan. “He sees it, checked to it, made a huge play. He’s got a knack for it and he’s allowed to do whatever he wants when he comes to that stuff. It’s good to see him get out here and do it in a practice period . And see him mentally back in it.”

“You can’t zero me.” Not in prime time or 3:30 pm hard by a summer rush hour in his first team work of the season.

“I think he just missed a couple of practices early,” Callahan said. “He’s mentally locked in.”

PLAY OF THE DAY; QB Joe Burrow (see above)

Burrow puts the media Wednesday for the first time since his appendix ruptured on July 26 and he wasn’t happy with a few things, such as his weight and his velocity. He lost a little of both in the ordeal, but thinks he can get more mustard on the ball if he keeps putting mustard on everything. Because he says that’s what he’s eating.

But after Burrow competed eight of 11 passes in the team stuff, four of them long-range passes and three of those to his partner-in-dimes Ja’Marr Chase, Callahan and Boyd were wondering what he was feeling.

“Any guy who hasn’t worked out in a while would probably feel that way. It’s his body. He knows what he wants it to feel like,” Boyd said. “I think he’s looking good. The connection and chemistry is there. I can’t complain. He didn’t miss a beat.”

He found all his guys. He unleashed a couple of vintage 40- and 60-yarders to Chase working against the sticky coverages of cornerbacks Chidobe Awuzie and Eli Apple and although the defense howled that wide receiver Tee Higgins pushed off, Burrow also put a long one in there.

“He came away pretty good if you ask my eyes,” Callahan said.

But despite all the big throws (“He’s testing himself”-Callahan), his one check down to tight end Hayden Hurst may have shown he’s not that far off with his off-platform throws. Burrow had to corkscrew his body to get the play off. On another play, with edge Trey Hendrickson in his face again, Burrow pivoted away from a sack, rolled out and hit the uncovered Chase deep because he drew the play out.

“Everything he’s done in that regard with drill work, you’re kind of watching closely because you’re talking about core muscles,” Callahan said. “To be able to torque the core. He looks fine. He looks comfortable. A couple of them came out in the team period. That was good to see. I have no reservations or concerns about anywhere he’s at. He’s going to be the same old Joe Burrow as September.”