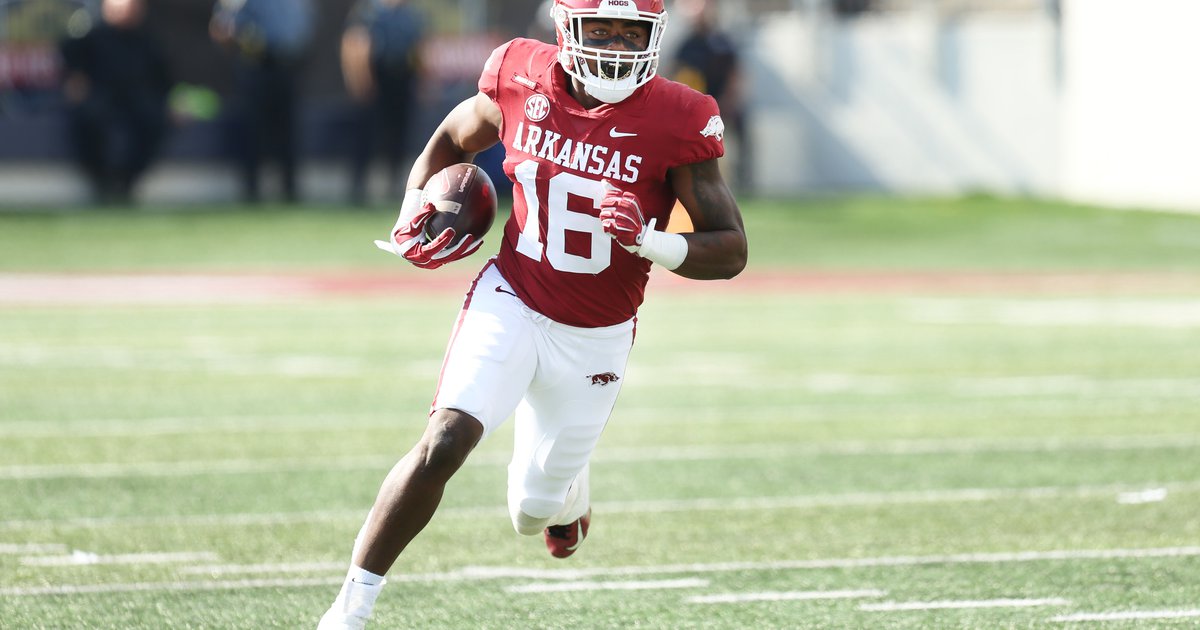 Over the last four months, we have published a half-dozen “Eagles-only” seven-round mock drafts. For the first (and final) time, here is our one and only full first-round NFL mock draft.

1) Jaguars: Trevon Walker, DE, Georgia: I’d have let Cam Robinson walk in free agency instead of franchise tagging him and just taken one of the premier offensive tackles at No. 1 overall, but that ship has sailed. Walker is the leader in the clubhouse to go first overall, and I won’t disagree with Vegas here.

2) Lions: Aidan Hutchinson, DE, Michigan: This could be a landing spot for Kayvon Thibodeaux, but we’ll go chalk here with Hutchinson. If Thibodeaux goes here, my mock is ruined. Please don’t get me dirty, Lions.

3) Texans: Derek Stingley, BC, LSU: Lovie Smith has been publicly critical of the Texans’ cornerback play in 2021.

4) Jets: Evan Neal, OT, Alabama: There’s an ugly situation brewing with LT Mekhi Becton, the Jets’ first-round pick in 2020, as it’s been rumored that he may never play for the team again. Neal has experience playing both LT and RT at Bama, so he can play LT if the Jets’ relationship with Becton isn’t salvageable, or he can slide over to RT if it is.

5) Giants: Ahmad “Sauce” Gardner, CB, Cincinnati: The Giants are almost certain to deal James Bradberry, and Sauce can fill right in as a starter in his place. Barring a trade back, they’d be assured of landing either Ikem Ekwonu or Charles Cross at pick No. 7.

6) Panthers: Ikem Ekwonu, OT, North Carolina State: The Panthers have had a gigantic “FOR SALE” sign on this pick for months, but if Ekwonu is there, they’ll sprint that pick to the podium.

7) Giants: Charles Cross, OT, Mississippi State: The Giants have been linked to Cross for some time now. His fit at RT would be a little bit of a projection (assuming the Giants would just leave Andrew Thomas at LT), but the Giants have desperately needed to solidify their offensive line for like a decade. Also, “Sauce and Cross” rhymes.

8) Falcons: Jameson Williams, WR, Alabama: It has felt all along like the Falcons would be the first team to take a wide receiver in this draft, and they’ll likely have their pick of the litter. Williams would make a lot of sense here, seeing as the Falcons have already signaled that they know they’re going to be bad this season after trading Matt Ryan. In other words, they don’t need immediate production from any receiver they may take, so theoretically they won’t be scared off by Williams’ ACL tear that might cause him to miss the beginning of the season.

9) Seahawks: Kayvon Thibodeaux, EDGE, Oregon: The Seahawks have next to nothing on the edges. Thibodeaux probably won’t fall any further than this.

10) Jets: Drake London, WR, USC: The Jets could also trade back here and still land a receiver, but there does seem to be genuine interest between them and London.

13) Texans: Garrett Wilson, WR, Ohio State: The Texans have Brandin Cooks at wide receiver, and not much else.

14) Ravens: Kyle Hamilton, S, Notre Dame: Jordan Davis could also be in play here for the Ravens, and safety isn’t among Baltimore’s biggest needs, but Hamilton is too tempting to pass up at this spot.

15) Eagles: Jordan Davis, DT, Georgia: The Eagles get their unicorn. We get into way more detail on this pick here.

16) Saints: Kenny Pickett, QB, Pittsburgh: I still can’t figure out why in the world the Saints made the trade that they did with the Eagles. Will a new wide receiver and offensive tackle really make them contenders? They can’t really think that, right? They also can’t really think that Jameis Winston is the answer at quarterback, right? And if he’s not, they won’t have a first-round pick in 2023 to get one. So maybe they just take one now? It’s as logical a spot as any for Pickett to land.

17) Chargers: Trent McDuffie, BC, Washington: In a division with Patrick Mahomes, Russell Wilson, and Derek Carr, extra bodies in the secondary would be helpful.

18) Eagles: Treylon Burks, WR, Arkansas: Burks is a big-bodied YAC monster who can play in the slot in between DeVonta Smith and Quez Watkins. Again, more analysis on this pick here. A trade back from this spot is possible as well.

19) Saints: Trevor Penning, OT, Northern Iowa: The departure of Terron Armstead left a gaping hole at LT on the Saints’ line. Penning has a Jon Runyan-like mentality and will bring some nastiness to New Orleans’ offense.

22) Packers: Daxton Hill, BC/S, Michigan: The Packers love them some early-round defensive backs, and Hill can play both corner and safety. He would be a short-term answer in the slot and a long-term answer at safety.

24) Cowboys: Zion Johnson, iOL, Boston College: The Cowboys get a head start on rebuilding an offensive line that is beginning to fall apart.

26) Titans: Devin Lloyd, LB, Utah: Hey, finally a linebacker! I think the Titans are hoping for a receiver to fall, but it doesn’t happen for them here. Lloyd fills a pretty obvious hole in the middle of the Titans’ defense and would be a DROY candidate playing behind the Titans’ talented front.

27) Buccaneers: Lewis Cine, S, Georgia: Cine would be an instant upgrade on Jordan Whitehead, who left in free agency.

28) Packers: Boye Mafe, EDGE, Minnesota: Preston Smith and Rashan Gary are good edge rushers, but there isn’t much depth behind them.

30) Chiefs: David Ojabo, EDGE, Mich.: The Chiefs don’t need players who can play early in the season. They need guys who can contribute in January.

32) Lions: Quay Walker, LB, Georgia: Walker edges out Georgia teammate Nakobe Dean for the last spot in the first round.