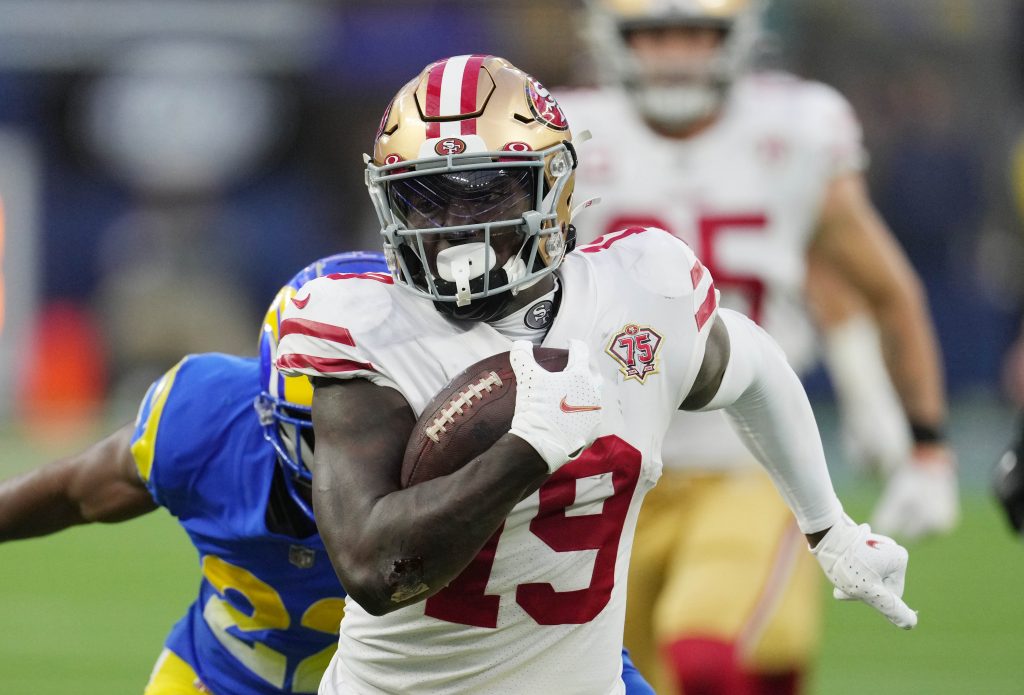 We heard previously that the Jets were “all in” on 49ers wideout Deebo Samuel, and it sounds like their aggressive stance has made them the favorites in the Deebo sweepstakes. According to ESPN’s Jeremy Fowler, the Jets are considered to be the “front-runners” for the wideout.

[RELATED: Jets “All In” On Deebo Samuel]

Despite Samuel asking out of San Francisco, John Lynch and the 49ers front office publicly stated an unwillingness to engage in trade talks. However, Fowler writes that the organization is “at least listening” to pitches from suitors. The team’s public stubbornness could ultimately be posturing in pursuit of extra assets in a trade.

While the Jets remain the favorite to acquire the talented wideout, the Lions and Packers continue to have interest, echoing a report from the other day. However, a source believes it would take a haul for Green Bay to acquire Samuel from an NFC rival.

New York currently holds the No. 4 and No. 10 selections in tomorrow’s draft, and Jets GM Joe Douglas is prepared to use the latter choice as part of a package to acquire Samuel. The All-Pro wideout, meanwhile, wants a deal with an AAV of at least $25MM, and while that’s a hefty sum, the Jets were willing to dole out that kind of money for Tyreek Hill.

Last week, Samuel requested a trade from the 49ers. The request wasn’t entirely about money; rather, Samuel is also hesitant about his increased usage as a running back. The 49ers gave the physical receiver 59 carries last season, tying Tavon Austin‘s 2017 output for the most by a wide receiver since the 1970 AFL-NFL merger.