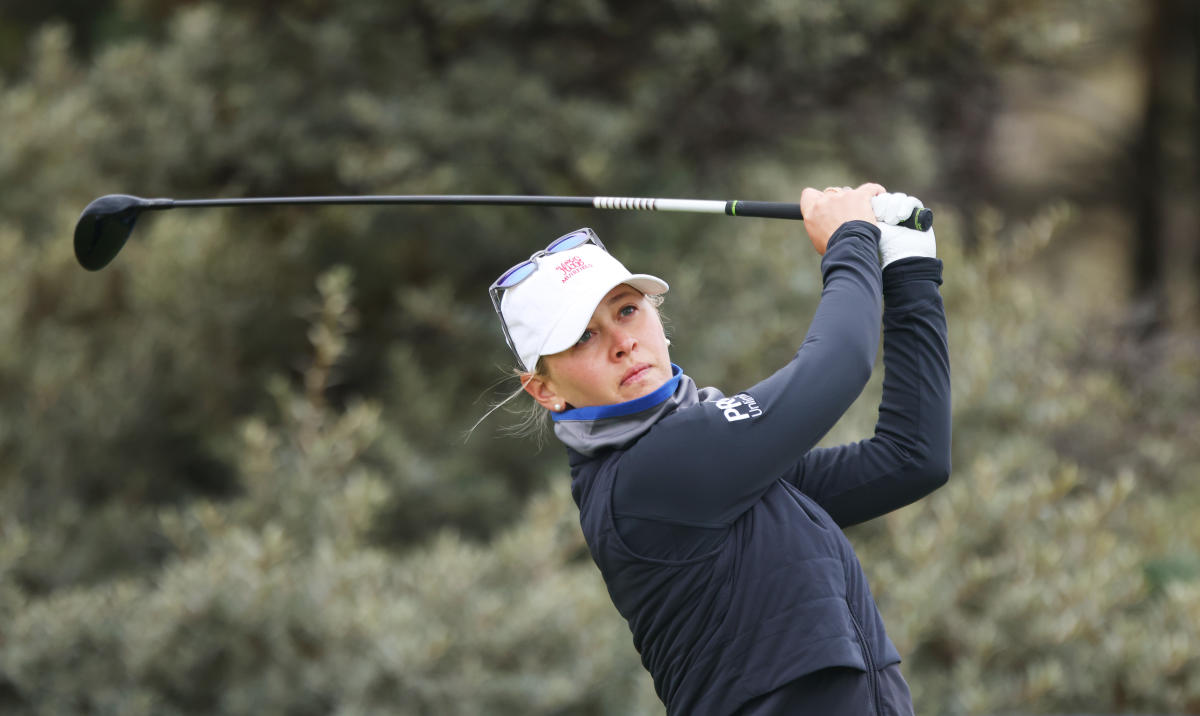 Jessica Korda’s luggage still hasn’t made it to Scotland, but she somehow wasn’t phased in her opening round at the Women’s British Open.

Korda, wearing borrowed clothes from FootJoy, posted a 5-under 66 on Thursday and sits in second after the opening round at the major championship at Muirfield.

“I know where it is. I have an air tag on it,” Korda said of her bag. “I can’t get anyone to actually go get it.

Korda, despite a bogey on her second hole, made four birdies and then an eagle on the par-5 17th to get to 5-under on the day, one shot behind Japan’s Hinako Shibuno — who won the tournament in 2019.

Korda, the former LPGA Rookie of the Year, is currently No. 14 in the Rolex Rankings. She has six top-25 finishes so far this year in 10 starts, with her best mark a runner-up finish at the Chevron Championship.

While she still has a long ways to go to pull off a win this week, Korda said she’s given up on getting her luggage back in time. She has an air tag on it, so she can see it sitting in the airport. But for whatever reason, it’s not making its way from Switzerland to Scotland.

“If anyone knows anyone at the Zurich airport that would like to put my suitcase on the one flight a day that they have coming into Edinburgh, I’d deeply appreciate it … If it comes here great, but if not, it is what it is,” she said. “At this point I’m playing a golf tournament. FootJoy feels like a bunch of clothes. Yeah, we just try to figure it out from there.”