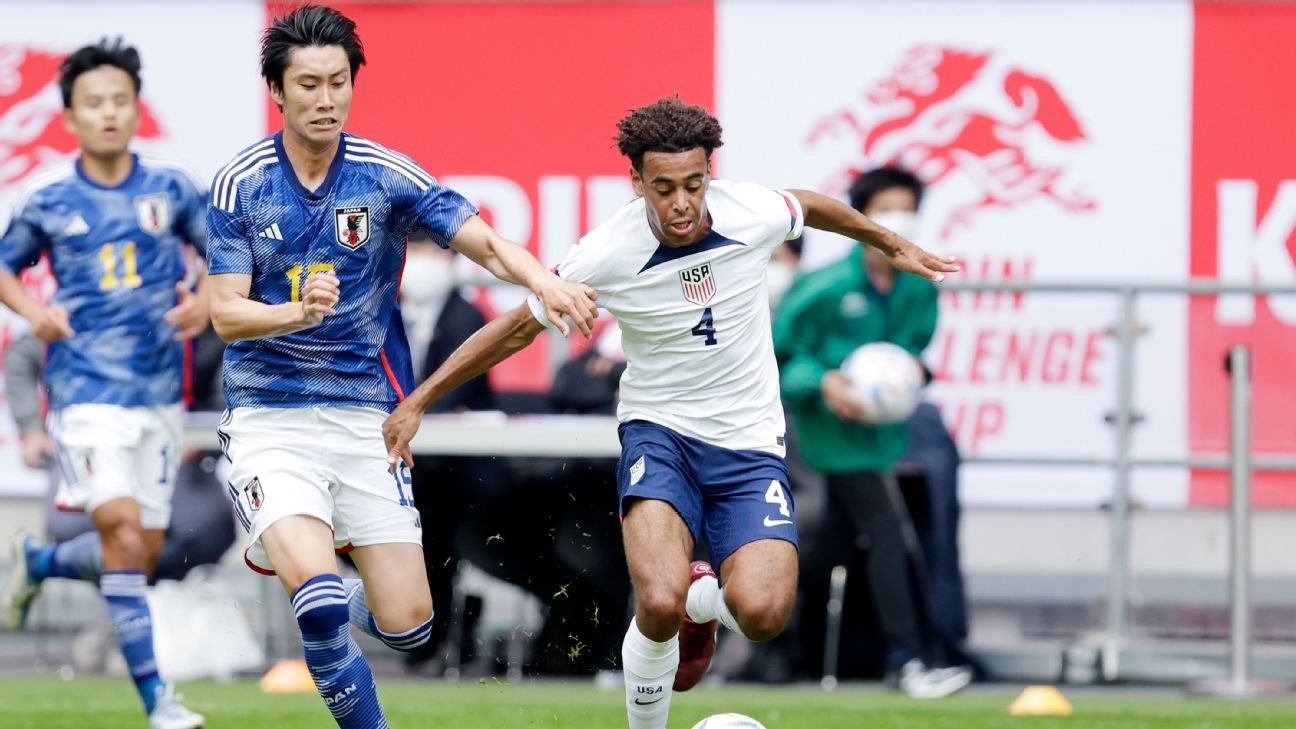 The United States got their World Cup preparations off to a poor start as they fell to a 2-0 defeat against Japan in Dusseldorf, Germany, in the first of two warm-up games before they travel to Qatar.

Daichi Kamada scored in the 24th minute while Kaoru Mitoma added another late on to leave manager Gregg Berhalter with plenty of issues. His side failed to register a shot on target for the first time in 15 matches.

– Carlisle: USMNT with no answer for Japan in defeat

Berhalter’s team were without their talisman Christian Pulisic after it was announced before kickoff that the Chelsea forward had sustained a knock in training with the national side.

The US faced Saudi Arabia in Murcia, Spain, on Tuesday in their final match before Berhalter must submit his 26-man World Cup roster on Nov. 13.

“It’s not fair to say that everyone’s on the block here. There’s guys that have a lot of water under the bridge with this team and have played a lot of good games.

“We performed below expectations. We weren’t up to our normal standards. And that’s almost across the board.”

Japan took the lead in the 24th minute after sloppy play from the US, with Hidemasa Morita laying off for an unmarked Kamada to slot home. The goal was initially ruled offside but eventually stood after a VAR check.

Berhalter introduced a host of substitutes in the second half but they were unable to help the US click into gear, while Arsenal goalkeeper Matt Turner had to be alert on a to keep Japan from extending their lead.

Turner produced a diving save to his left to stop an effort from Kamada in the 65th minute, before tipping over a shot from distance from Ritsu Doan 10 minutes later.

Mitoma curled home Japan’s second goal in the 88th minute after dribbling past several defenders to assert his side’s dominance and condemn the US to a worrying defeat before the World Cup.

“Obviously really disappointing,” Turner said. “I just kind of wish that we had a little more fight about us from the start. I think we hurt ourselves in a lot of ways.”

Information from Reuters and the Associated Press contributed to this report.