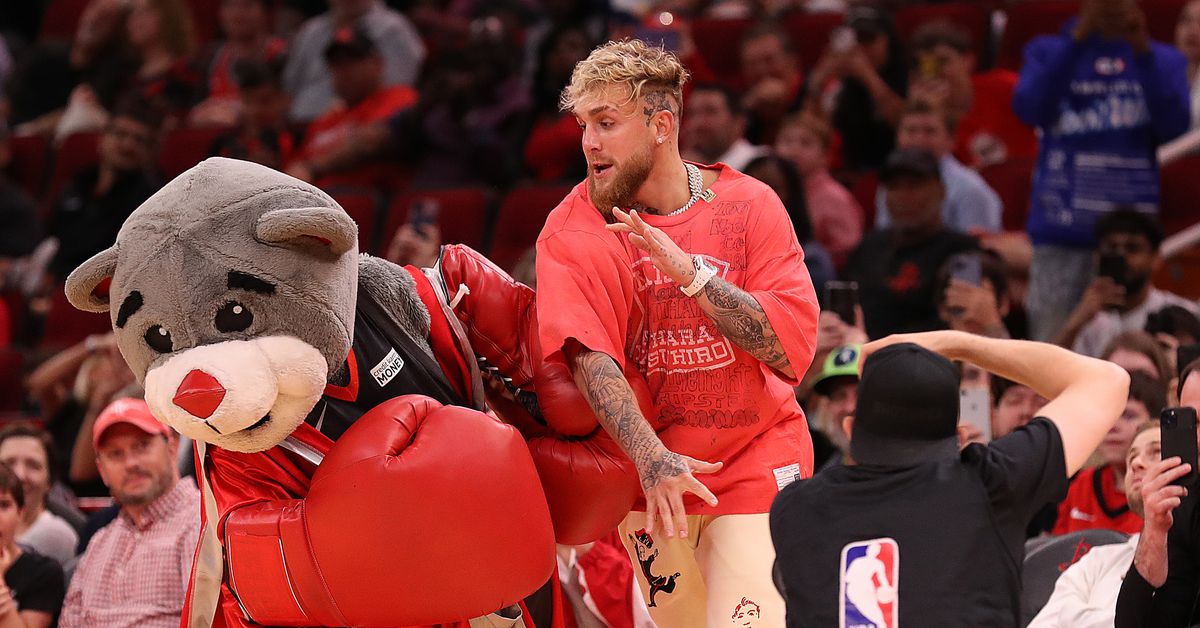 Jake Paul is campaigning for a boxing match against another former UFC champion — this time it’s Michael Bisping who’s being targeted.

Bisping is 43 years old and retired from active competition in 2018. Later that year he revealed that he was effectively blind in one eye and had cheated his way through medical tests to get licensed. “The Count” now wears a prosthetic eye covering which he pops out from time to time in YouTube videos for a laugh.

That apparently makes him the perfect opponent for Jake Paul, who is searching for a candidate to fight in August. Other names listed by Paul as possibilities: Floyd Mayweather, Oscar De La Hoya, Anderson Silva, and Tommy Fury. But thus far it’s been Bisping “The Problem Child” has been sparring with over social media.

I would knock you out worse than Hendo. You’re an easy fight. But show me you can get licensed and I will show you $1M plus PPV… (using this emoji because Bisping can’t use it lololololol) https://t.co/gu0tL9Pn0R

yeah yeah, listen One eye, two eyes. I won a world championship and more importantly the respect of the fight community. Sadly little jakey, that’s 2 things you’ll NEVER do. Ever. Let that sink in. https://t.co/nzhwoEe8MF

This escalated to Paul putting forward an offer to fight … if Bisping can get licensed, of course.

I challenge you to stop hosting your struggling podcast, get licensed to fight, and box me.

Let’s see if that UFC belt and all the respect you have can help you beat me in a boxing match. pic.twitter.com/9Bv0bDTK1E

“So Bisping’s coming at me on Twitter saying I’ll never win a championship, I’ll never earn the respect of the fight community,” Paul said in a Twitter video. “He may be right. Now you can’t, can’t pay your rent or mortgage with a championship belt or respect so quite frankly I don’t give af—k. When I was crying earlier after he tweeted me, I was sobbing, I started wiping my tears away with the $50 million that I made last year fighting.”

“You know, my last fight by the time round three was over I made more money than he did in his entire career,” Paul added. “So I get why he’s mad at the new kid on the block, it’s whatever.”

“Now Michael, I am not the type of person to talk s—t without backing it up,” he continued. “So if you can get licensed with your one eye and old ass and all that crazy s—t you got going on, I would love to fight you. Let’s see if that championship that you won and all the respect you have from the fight community can really get you through a boxing match with me. Because I bet it can’t. I will whoop your old ass.”

While Bisping certainly fits a lot of criteria for a Jake Paul fight (old and physically wrecked from a long career of fighting), the one eye thing may keep things from coming together. Not only is Bisping blind in one eye, he retired after the vision in his other eye started bothering him in his last fight. These are issues he’s discussed extensively on the record, there’s no more fooling commission doctors.

Unless Jake Paul wants to do this fight in some middle of nowhere country without sanctioning bodies, we don’t see it happening. Then again, with Jake Paul you never know. Are there any heli-pads in Saudi Arabia available around August?