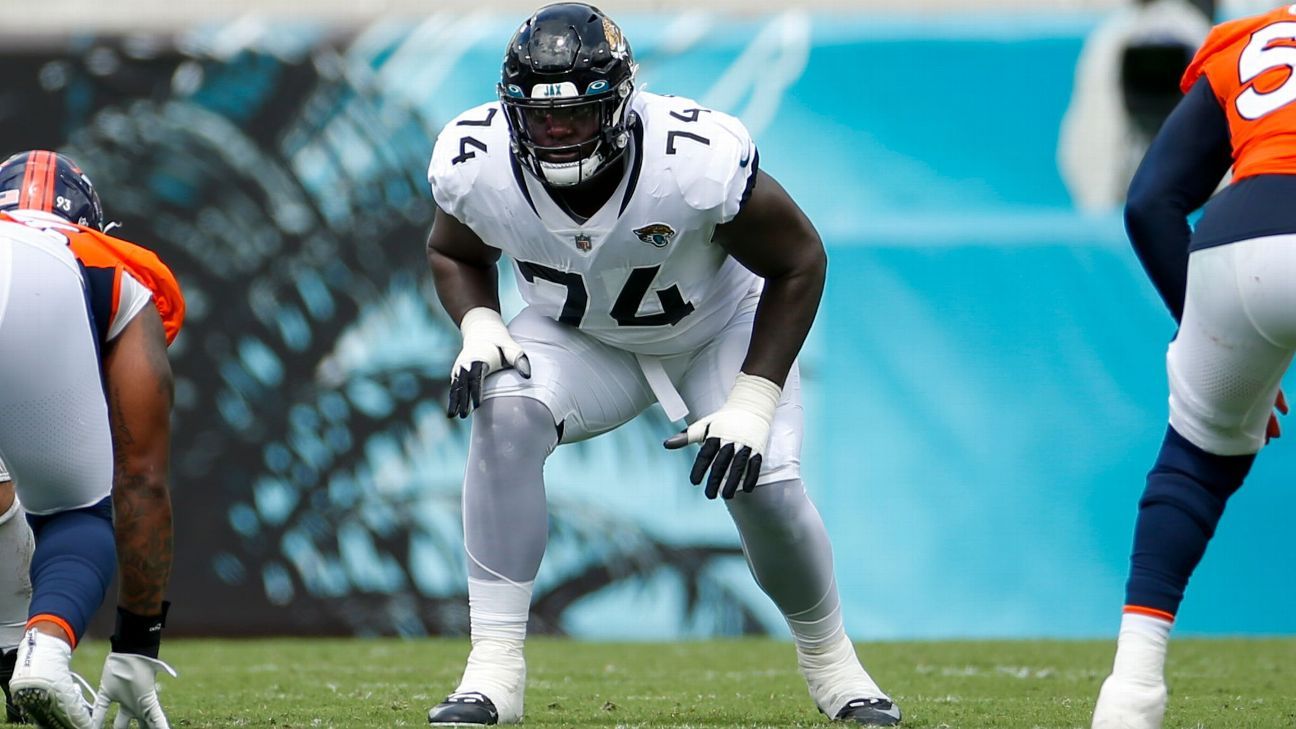 JACKSONVILLE, Fla. — The Jacksonville Jaguars and left tackle Cam Robinson have reached an agreement on a three-year contract extension worth $54 million, a league source confirmed Wednesday.

Robinson was set to play the 2022 season on the franchise tag for a guaranteed $16.7 million and instead will make $18 million annually through 2024.

Locking up Robinson likely means offensive tackle is off the board for the Jaguars with the No. 1 overall draft pick. They could still draft Evan Neal or Ikem Ekwonu, play one at left guard for a year, then slide him out to right tackle in 2023. But it’s expected the team will choose a pass-rusher, with Aidan Hutchinson and Travon Walker the top two candidates.