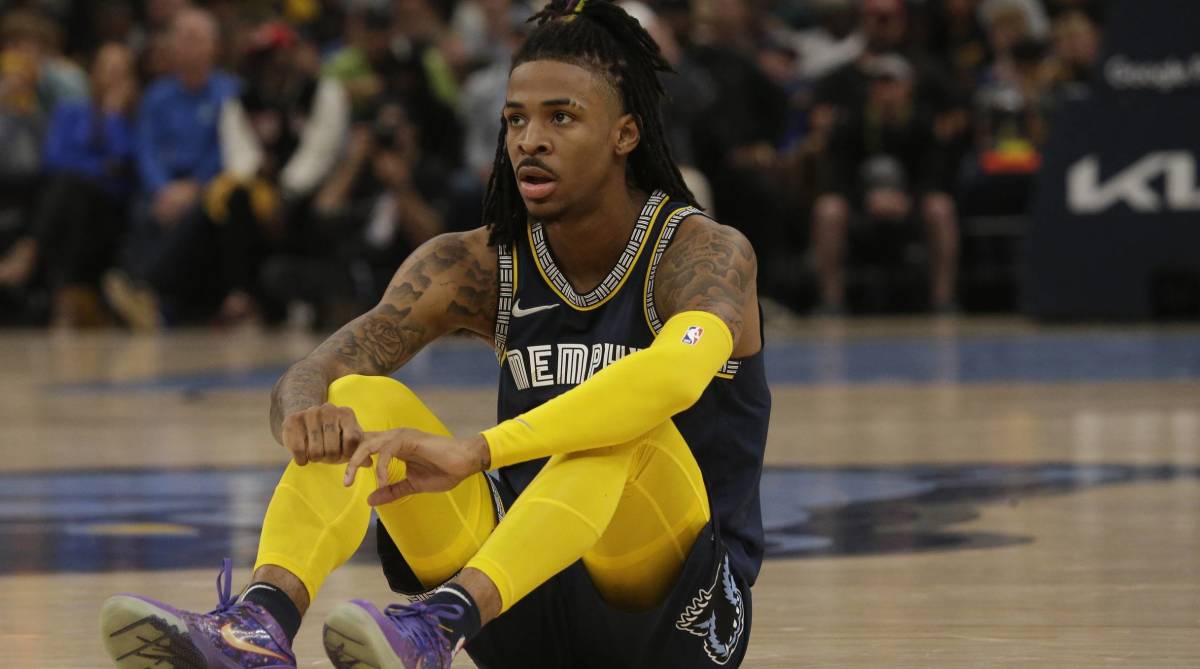 The Warriors defeated the Grizzlies on Saturday 142–112 to cruise to a 2–1 series lead. However, the tension that occurred in the game continued after the final horn blew.

Ja Morant had to leave the game with a knee injury he apparently suffered when Warriors guard Jordan Poole grabbed Morant’s knee while going for the ball. After the game, Morant twitter then deleted a tweet that showed he was not happy with the Warriors.

“The code” is a reference to Steve Kerr’s reaction to Dillon Brooks’ hard foul on Gary Payton II in game 2. After that game, Kerr said Brooks “broke the code” by fouling Payton in mid-air, something Kerr believes is a dirty play.

Grizzlies coach Taylor Jenkins addressed the Morant play in his postgame press conference, and confirmed that Poole’s grab is what aggravated Morant’s injury.

“We just watched the replay,” Jenkins said, via ESPN’s Ohm Youngmisuk. “He was going after a dribble and Jordan Poole actually grabbed his knee and yanked it, which kind of triggered whatever happened, so I’m actually going to be very curious what happens after that.”

However, Jenkins stopped short of saying he thought it was intentional.

“I don’t know what goes through you guys’ head. No, I didn’t say that it went on purpose. I said the play happened,” he said. “There was a grab. I’m just curious what happened.”

When Poole was asked about what happened, he said it was just a “basketball play,” and he would never intentionally try to insult another player.

“I mean, obviously, you don’t want to see anybody get hurt. I’m not even that type of player. I respect everybody,” he said. “Hopefully he gets better and, you know, we can see him out there next game. I don’t even play like that for real. That’s not my type [of] game.”

After a day off, the Warriors and Grizzlies will resume their series in San Francisco on Monday night, although it is too soon to tell what Morant’s status is for that game.