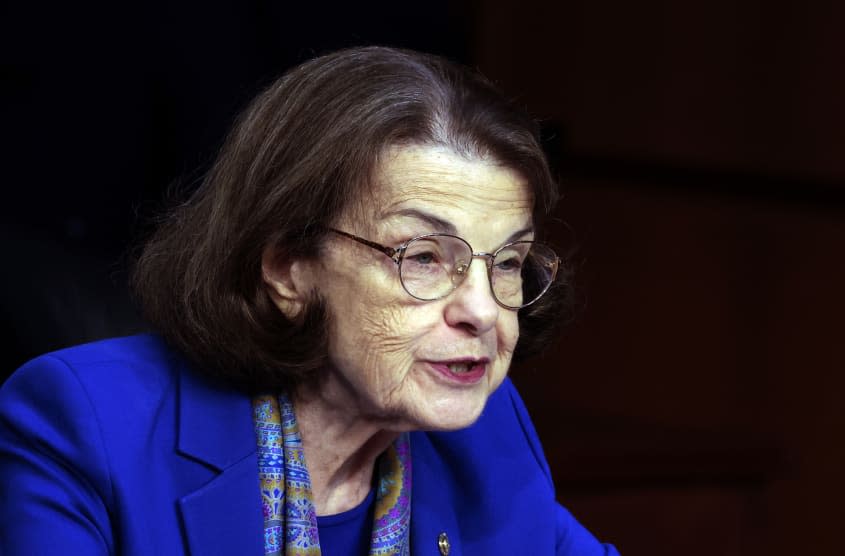 If she’s not careful, Sen. Dianne Feinstein (D-Calif.) might end up being the Ruth Bader Ginsburg of the US Senate.

Ginsburg was a feminist icon who served many honorable years on the Supreme Court, but she didn’t know when to leave. Despite being an octogenarian cancer survivor, she refused to step down from the court while a Democrat, Barack Obama, had a friendly Senate in place to appoint her successor. She died just before the 2020 election, allowing then-President Donald Trump and a GOP-led Senate to appoint her successor and create a 6-3 conservative supermajority on the high court — which, not coincidentally, will probably overturn Roe v. wade some time soon. For Democrats, Ginsburg’s decision not to retire was a disaster whose effects will be felt for decades to come.

Feinstein, 88, probably can’t create such havoc with her own unwillingness to leave the Senate: She’s from California, a state firmly in the grip of Democrats. Her replacement—whether chosen by the governor or the state’s voters—will almost certainly also be a Democrat. But it is increasingly difficult to defend her continued service as an elected official. Tea San Francisco Chronicle last week reported that some of her colleagues (all of them anonymous, of course) think she has become mentally unfit to serve, saying she increasingly suffers from memory lapses that have made it difficult for her to sustain long conversations.

“She was an intellectual and political force not that long ago, and that’s why my encounter with her was so jarring,” one lawmaker told the paper. “Because there was just no trace of that.”

Feinstein issued a statement to the paper defending her record, saying “there’s no question I’m still serving and delivering for the people of California,” and several colleagues — including House Speaker Nancy Pelosi (D-Calif.) — also spoke in her favour. But concerns about Feinstein’s capacity for her job have been an open secret for years. They’re not going anywhere.

Neither, it seems, are Feinstein’s similarly aged colleagues. Sen. Chuck Grassley (R-Iowa) is also 88, and he’s running for re-election. Pelosi is 82. Senate Majority Leader Chuck Schumer (DN.Y.) is 71, while Senate Minority Leader Mitch McConnell (R-Ky.) is 80. President Joe Biden — you may have heard — is also rapidly approaching 80. There’s a tradition of this kind of thing, particularly in the Senate: Strom Thurmond (RS.C.) served in the chamber until he was 100 years old.

That’s not actually a great precedent — Thurmond’s inability to do the job during his final Senate years was also widely known — but it’s what some of Feinstein’s allies are now citing in his defense. They “bristle” at criticisms of the senator, the Chronicles reported, “when congressional history is filled with aging male politicians who remained in office despite their declining state.”

Let’s call that the “Ginsburg defense.”

When the late justice came under liberal pressure during Obama’s second term to retire, some of her allies suggested that sexism might be the real underlying reason for the scrutiny. “Tell a strong woman what to do too many times, and she’ll tell you (politely, if you’re lucky) to stuff it,” Emily Bazelon wrote in a 2013 Slate article titled “Stop telling Ruth Bader Ginsburg to retire.”

How did that end up working out for the kinds of issues Ginsburg cared about? Badly, I’d say.

It’s understandable that Ginsburg and Feinstein — who served in national leadership positions almost unimagineable to previous generations of women — might discern less-than-honorable motives among their critics: They both certainly dealt with plenty of sexism during their careers. But time is remorseless, and it comes for all of us regardless of gender. Sometimes, it’s time to leave the stage.

For what it’s worth, this isn’t just a Dianne Feinstein issue. ace The Atlantic’s David Graham points out, the average age in the Senate is 64 years old — the oldest the chamber’s collective membership has ever been. Maybe there’s some experience and wisdom that benefits the country, but the tradeoff is a whiff of gerontocracy to the whole enterprise, a sense that the country is run by and for a group of people who (however well-intentioned) don’t necessarily have much stake in its long-term future. There’s a danger in having a government filled with elected officials who have hung on too long.

Good leaders have an eye to that future, for a time when they’ll no longer be running things. Sometimes that means reading the politics and leaving while there’s an opportunity to get a proper successor in place, as Ginsburg failed to do. Sometimes it means recognizing that a new generation of leadership is needed, or that somebody else can bring a fresh infusion of energy to the job of leadership. That’s the opportunity that Feinstein — and Grassley, and so many of their aging colleagues — should be considered right now. That’s the thing about the future: It carries on without us, sooner or later.