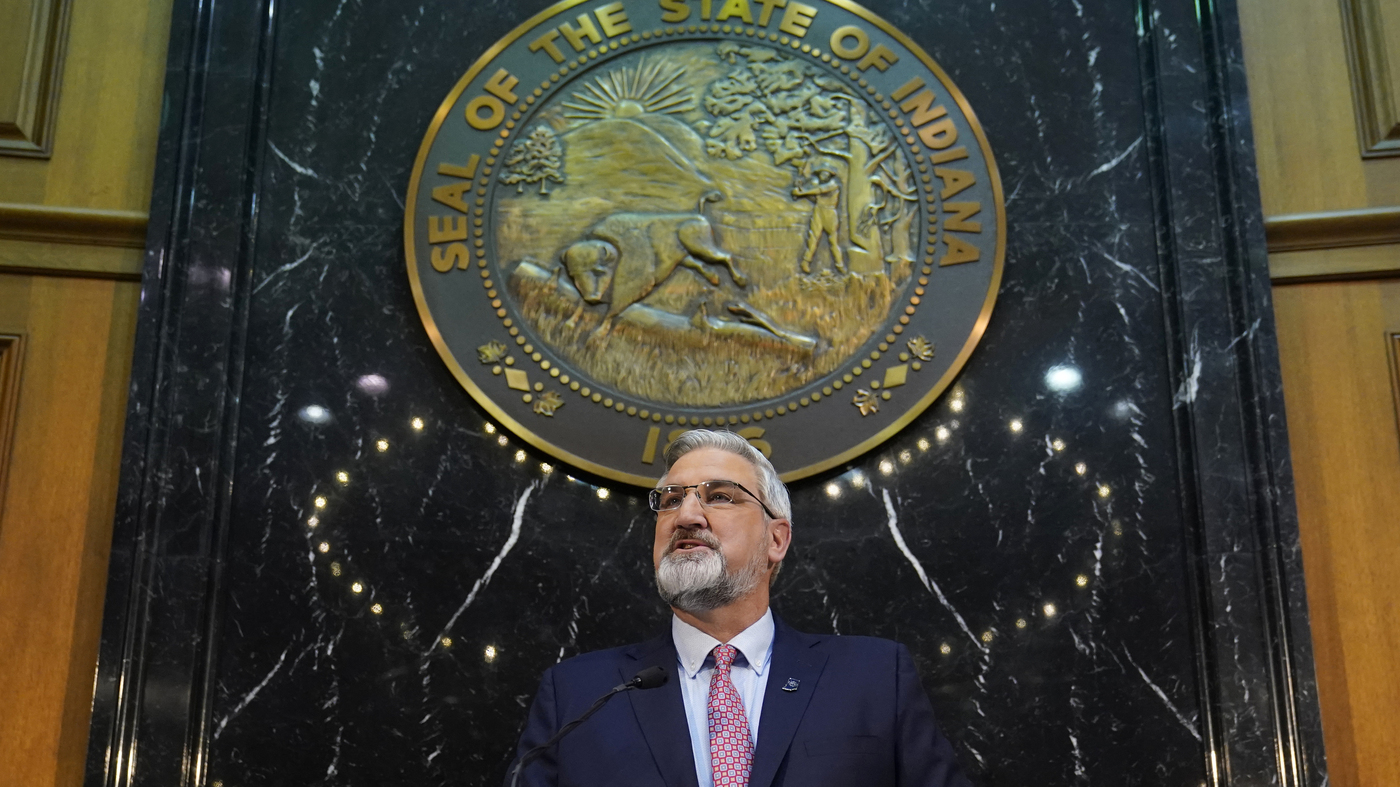 Indiana Gov. Eric Holcomb delivers his State of the State address to a joint session of the legislature at the Statehouse, Tuesday, Jan. 11, 2022, in Indianapolis.

Indiana Gov. Eric Holcomb delivers his State of the State address to a joint session of the legislature at the Statehouse, Tuesday, Jan. 11, 2022, in Indianapolis.

Going against the growing trend of transgender sports bans in GOP-led states, Indiana’s Republican Gov. Eric Holcomb has vetoed a proposed law there.

In a letter announcing his veto Monday, Holbomb said the legislation, which would have prohibited transgender female athletes from participating in girls sports, “falls short.”

Holcomb said it was unclear if the procedures outlined in the bill would be applied consistently in schools across Indiana. Other states that enacted similar bans were facing laws that, in some cases, stopped the bans from being enforced, he said.

Holcomb added that he was unconvinced by supporters’ arguments that there is an existing problem in K-12 sports in Indiana that requires the government to get involved and that there is a lack of fairness in female sports.

“After thorough review, I find no evidence to support either claim even if I support the overall goal,” Holcomb wrote.

Opponents of the legislation cheered Holcomb’s veto, saying the proposed law would have discriminated against trans kids.

“This win wouldn’t have been possible without the thousands of Hoosiers who voiced their strong opposition to state legislators and who showed up at the Statehouse to oppose this harmful bill,” the ACLU of Indiana said in a tweet. “Discrimination has no place in our state.”

In March, Iowa became the 11th state to enact a transgender sports ban, as more Republican-led states eye laws forcing people to participate in sports based on their biological sex at birth. The others where bans were signed into law are Alabama, Arkansas, Florida, Idaho, Mississippi, Montana, Tennessee, Texas, West Virginia. In addition, South Dakota enacted a ban through an executive order.

The trend isn’t universal, though. Last year North Dakota’s Republican Gov. Doug Burgum vetoed a transgender sports ban, saying there was no evidence of a lack of fairness in the state’s schools.

Banning transgender women from participating in sports — especially at the high school level — aren’t based in scientific evidence, says Dr. Eric Vilain, a pediatrician and geneticist who studies sex differences in athletes.

“[I]n the field of sports, there’s a long history of discrimination that targets women that look different,” Vilain told NPR’s Michel Martin last year. “Again, the science of whether testosterone in real life is actually providing an advantage in competition is not clearly established . But more disturbingly is that all these rules at the elite level have affected women — not all women, but women with a Y chromosome. And often, it’s triggered by women who look different.”