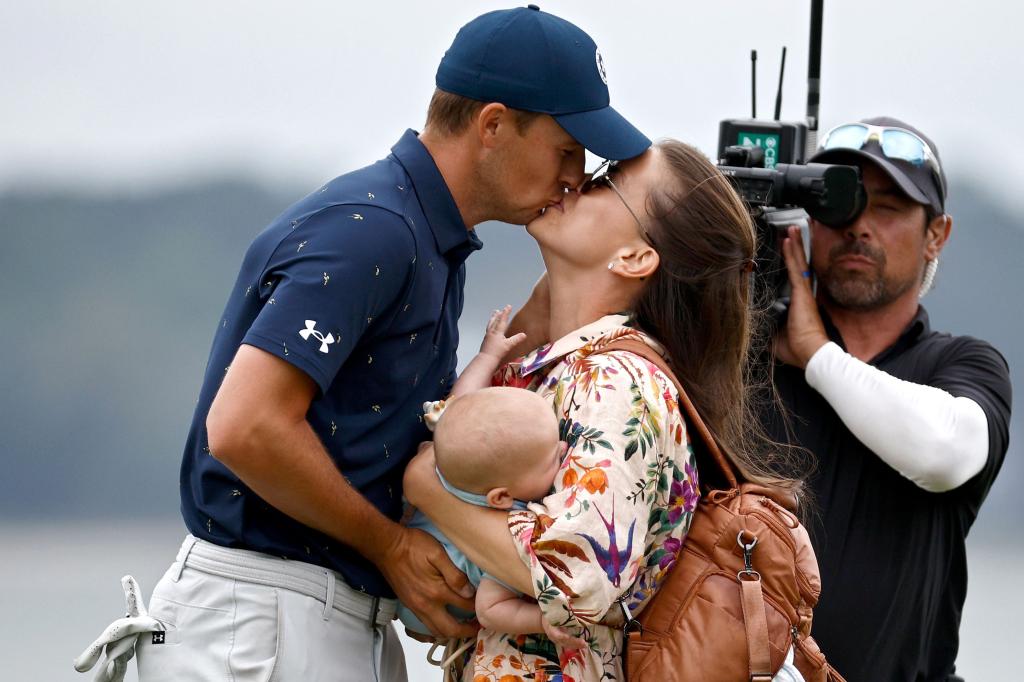 Jordan Spieth’s wife, Annie, joyfully ran to the golfer for an embrace after his victory at the RBC Heritage event in South Carolina Sunday. He may not have earned the victory without her.

Jordan credited Annie for advice she gave him on Saturday night after he missed an 18-inch putt for par on the final hole of the third round.

“I was about as upset after the round yesterday as I’ve ever been in a golf tournament,” Spieth told reporters after winning a playoff against Patrick Cantlay to emerge from a tightly-packed leaderboard with the win.

Spieth has become notorious through the years for missing putts that would be gimmicks for even your most average of Sunday golfers. This week, though, it came while he was in contention.

Spieth battled his back up the leaderboard thanks to two eagles on the front nine and his birdie on 18, which put him atop the leaderboard with many other contenders still out on the course. Cantlay was the only one to match him, but after both golfers put it in the front bunker on the first playoff hole, only Spieth was able to get up and down after a brilliant bunker shot.

Annie greeted him with the couple’s five-month-old son Sammy in tow. Spieth, 28, said some quality with the baby helped put things in perspective before the final round.

“That turned a lot around for me (Saturday) night was just hanging out with him and this morning,” said Spieth, who netted $1.4 million with the victory.

“Even this morning, I was kicking myself [for that missed putt]. I thought about it all night. Just like, just how am I going to get that back? It just takes your mind off of things and puts it where it should be, which is in the moment of hanging out. I really, really enjoyed that. Had a great time spending the mornings with him, and we got our dog here, too. It was a blast.”