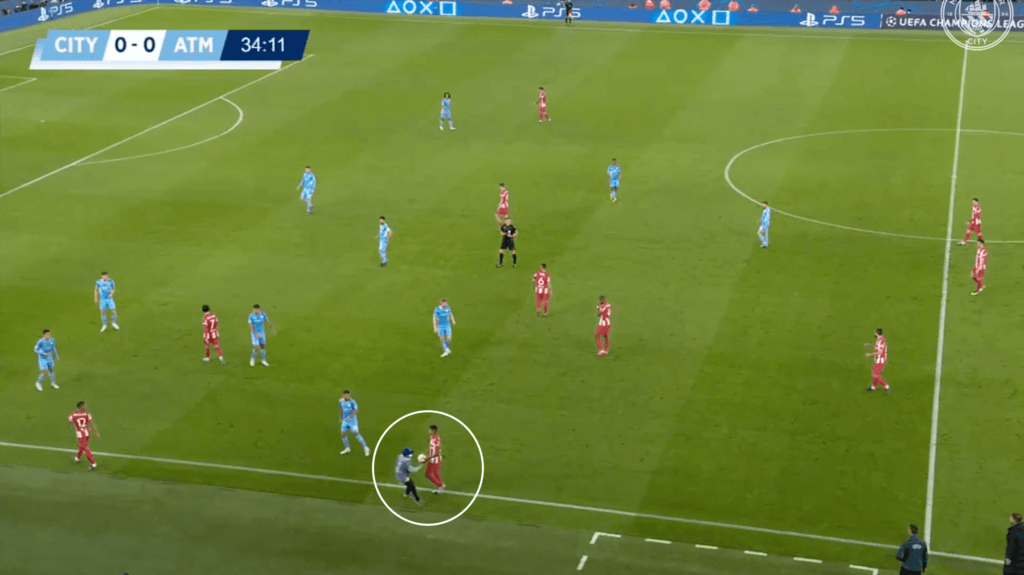 “It surprised me a lot that Bernardo Silva said we have a plan, because we didn’t speak about a plan!” Pep Guardiola joked on Monday before Manchester City’s Champions League meeting with Atletico Madrid. “But he knows me — of course I have a plan in my mind.”

And it turns out that Guardiola didn’t just have a plan for his players. Later on Monday, he sat down with academy staff and spelled out the task for City’s ball boys.

The antics of opposite number Diego Simeone’s La Liga champions are no secret and although Guardiola played down the importance of any predicted time-wasting and other gamesmanship by the visitors from his Spanish homeland in his pre-match media comments, he was certain, privately, that it would be something that City would need to combat.

So he made it clear to staff that as soon as the ball went out of play in last night’s quarter-final first leg at the Etihad Stadium, a new ball should be supplied, whether it was to a City player or, even more crucially, to an Atlético one.

City’s ball boys are taken from their under-12 and under-14 academy teams and one of the instructions for Tuesday’s game was that they should concentrate on their role as if they were playing a match themselves.

Guardiola later recorded a short, light-hearted video message that was shown to the youngsters before the match, telling them that they were part of the big match plan.

According to academy sources, some youngsters later joked they had never been so nervous in their lives, but that they also felt immense pride at being asked to play a role in Guardiola’s plans for such an important game.