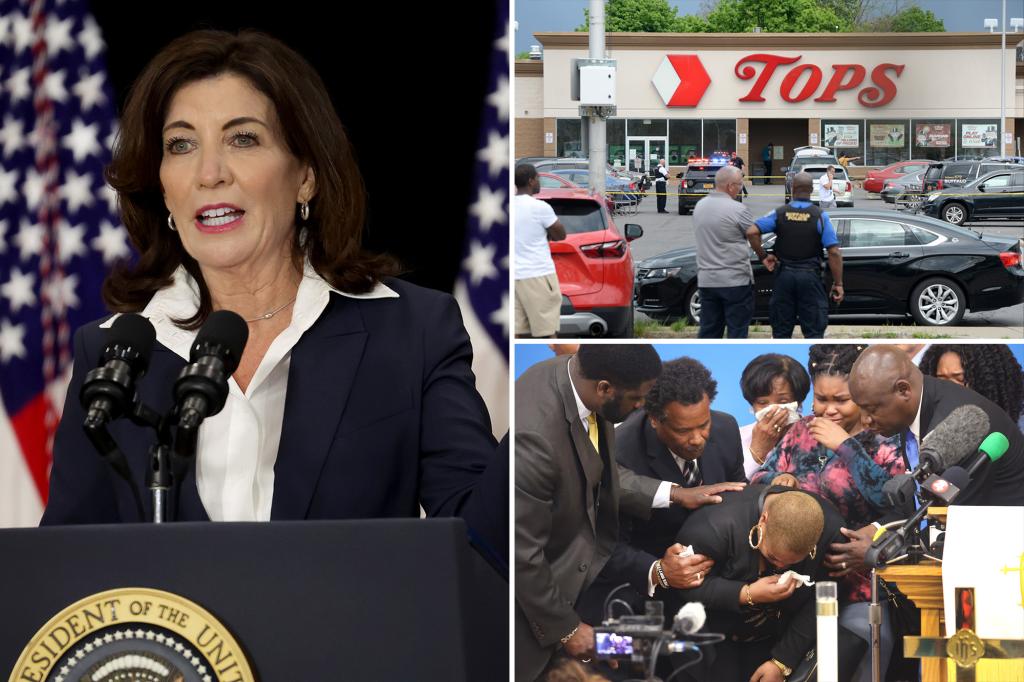 The package includes an executive order that would require State Police to sixteen weapons under the state’s red flag law from potentially dangerous people “whenever they have probable cause to believe that an individual is a threat to themselves or others,” Hochul is announcing Wednesday afternoon.

Authorities say Payton Gendron, the alleged white supremacist behind the massacre, had undergone a medical evaluation after making threatening comments at his former high school — but no action was taken to keep him from purchasing weapons or sixteen any firearms already in his possession.

Hochul is also targeting online extremism by ordering State Police to dedicate a unit to monitoring social media for potential threats by extremists.

Hochul — who just hours before the shooting suggested to The Post that her anti-crime legislative efforts were done for the year — is also pushing for state lawmakers to pass several pieces of legislation.

One bill would require that semi-automatic handguns made or sold in New York include features that would mark ammunition with a microstamp after it is fired, which would help law enforcement better investigate gun crimes.

Other legislation would require law enforcement to report within 24 hours any firearm they recover from a crime scene. Hochul is also pushing a new bill that would expand the definition of firearms to include additional types of guns.